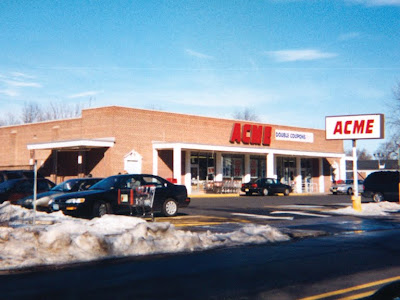 To clear up any confusion, I am adding the former Union Acme under the Union City post. This store was located on Magie Avenue in Union New Jersey which is about 20 miles southwest of Union City. Interestingly, it appears that both locations had nearly identical buildings. The Union Acme opened in 1957 and closed in October 2006 on the same day the brand new Freehold and Marlboro stores bit the dust. 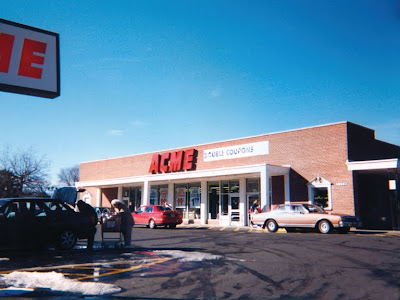 The Union store clearly benefited from being in a densely populated area. Business must have been pretty decent here to have lasted so long. With only 6 aisles, it has to be one of the smallest Acmes to survive well into the 2000's. Albertsons pulled the plug almost immediately on all small stores when they took over in 1998. Union had another Acme as well about 3 miles away. That store closed in the late 70's and is now a ShopRite. There's a picture of that store down below. 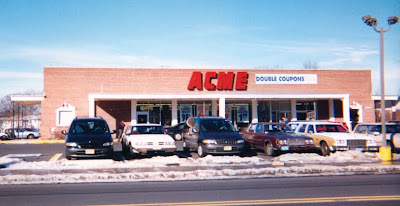 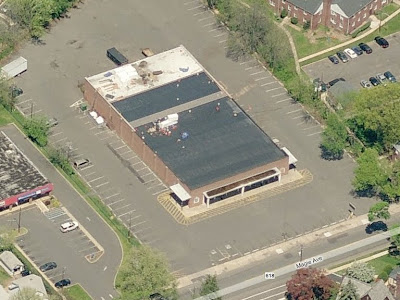 I did lots of screen grabs long ago in case they got replaced when a new store opened in the location. That has indeed happened. It is now... surprise surprise... a CVS. Some satellite images show the store as a CVS which you will see down below. Until Rob came along with his incredible collection of old Acmes, I was planning to rely on satellite photos exclusively for the Union Acme post. I try to avoid using only satellite pics but in some instances they are the only available images of former Acme stores. And they're certainly better than nothin'! 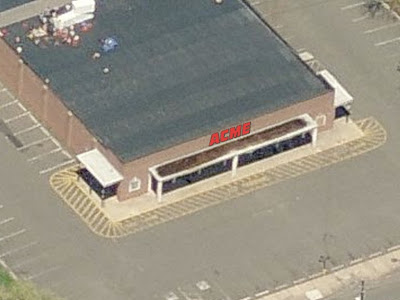 A little Photoshop magic reveals the exterior signage of the store on this satellite image. (I did this before Rob reminded me he had sent in pictures of the store as an Acme.) The interior had the Checkerboard Arch decor. Not sure if it had the 80's remodel or if it went straight from 70's Colonial to the Checkerboard look. I regret never getting to this store... I knew there was an Acme in Union but had no idea that it was a classic. Check out the colonial window frames on the front of the store. You can see these on the former Parsippany store and the still-open Manasquan store.

The entrance and exit were along the front wall to the right side. The overhangs on either side may have been used for cart corals or may have been the original entrances and exits. 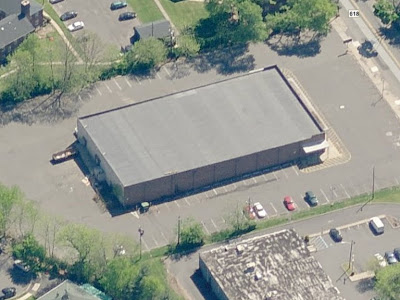 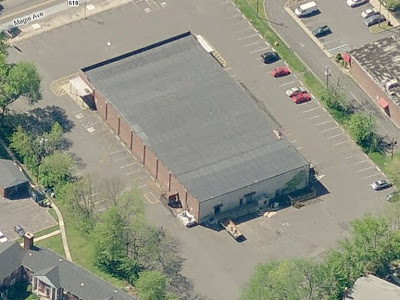 There must be a basement in this store but it's hard to verify from these satellite shots. 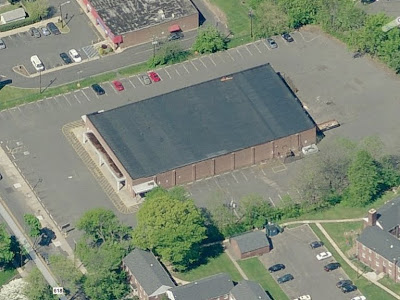 This shot clearly the columns along the side wall... a distinct trait in Acmes built from the 50's all the way through to the 70's. 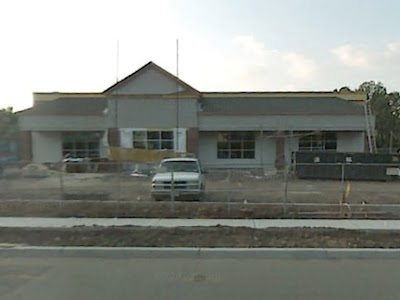 Google Earth captured the building's conversion into a CVS. 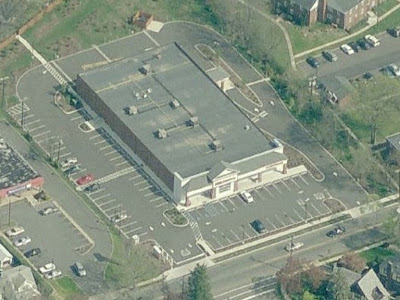 Conversion complete! The was a tricky screen grab to get on Bing Maps. When I would move the building into the center of the screen the image would update revealing the old Acme. 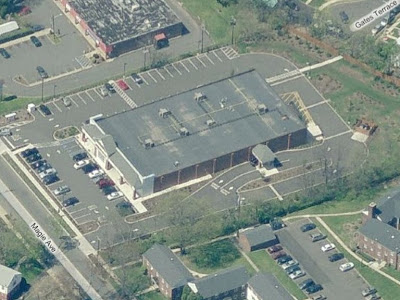 As we all know... CVS loves a good old fashioned Acme. They put alot of work into updating these old stores but it must be more cost effective than building a new store from the ground up. Plus these old Acmes have ideal locations for drug stores. 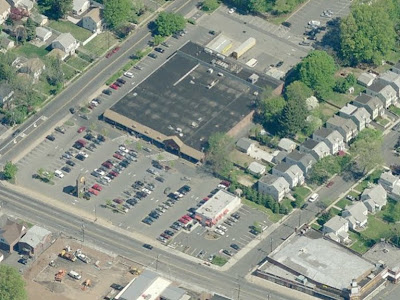 This is the other former Acme of Union New Jersey. Closed in the late 70's. Now a ridiculously successful ShopRite. To be filed under "Acme Missed Opportunity" #287.