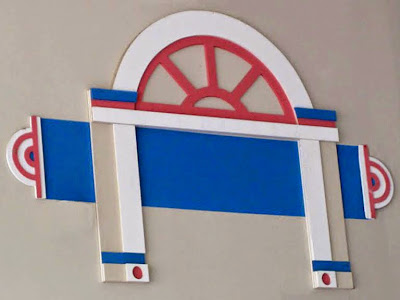 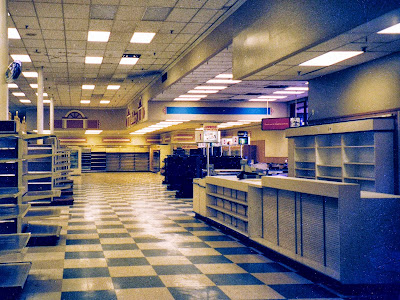 The 80's Remodel. Debuted around 1986. Acme's first new decor package in nearly 20 years swept through nearly the entire chain by the late 80's. With the new decor came several additional service departments that were generally not yet available in most stores.
They included...

Expanded Floral with refrigerated cases
Salad Bar
Cheese from Around the World
Full Service Seafood
Hot Foods
In-Store Bakery
West Coast Video Rentals
Stores received all new cases throughout
And... the systematic removal of Customer Service desks/counters in favor of the ill-conceived CSR stand. Also referred to as the "California front end". Went over about as well as a California earthquake.

Although Acme focused on remodeling and expanding existing stores during this period, the 80's Remodel look did make it's way into several new "super" stores that were built at the time. These new stores were huge in comparison to the largest existing Acmes of the time and included additional departments like full service photo, pharmacy and even an small appliance and gift department. The newer stores wall graphics were made up of darker colors while the colors of the checkerboard floor were toned down.

The 80's Remodel look pretty much went out with the 80's... running only about 4 years. Many stores were done again in the early 90's with the Checkerboard Arch decor (coming up next!). 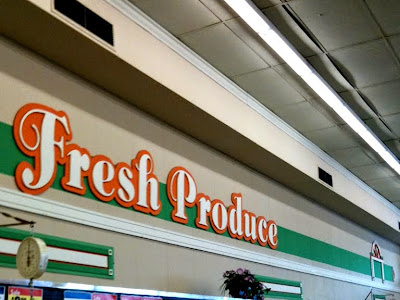 The Seafood sign was usually capped off with a 1/2 ship steering wheel. You can see one below in the former Adams Avenue store in Philadelphia... 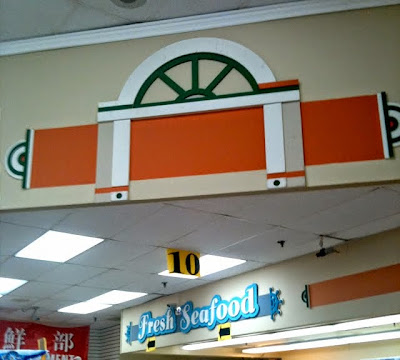 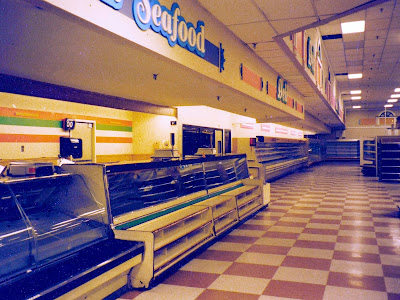 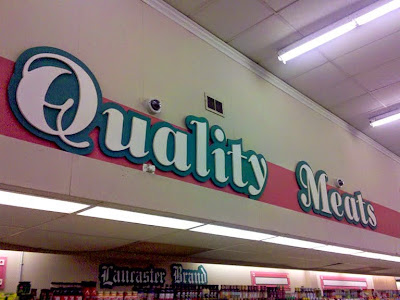 "Lancaster Brand" went from taking up most of the back wall in the 70's to being an after thought under the awning.

The 80's Remodels included the arrival of the "Eggs" department. 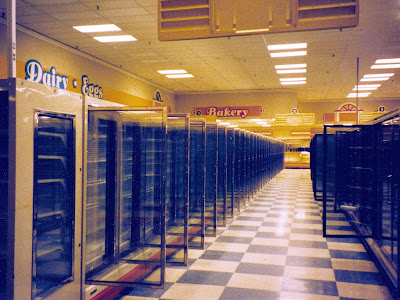 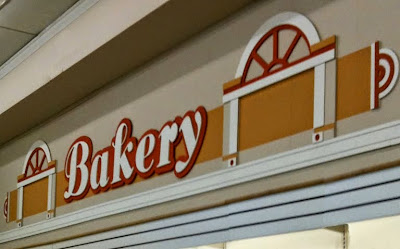 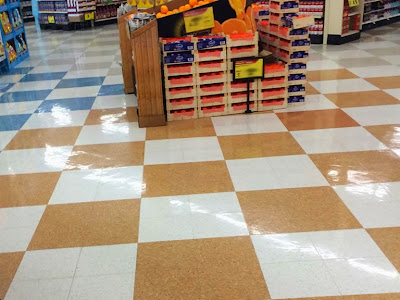 The checkerboard floor. A bold choice indeed. It can still be seen in many Acmes today (as you can see here in the Phoenixville store) where the decor has been updated but the floor has not. Produce was green... Deli orange... Meat red... Dairy, Frozen Food and front end blue, Bakery gold and grocery aisles beige.

The red oval logo debuted with the 80's remodel. It was relatively short lived as the block-letter logo debuted in the early 90's.