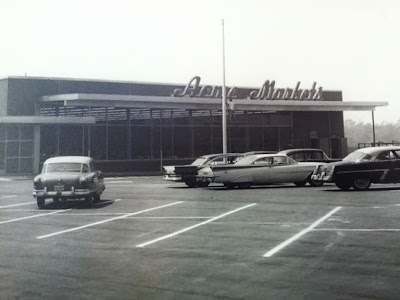 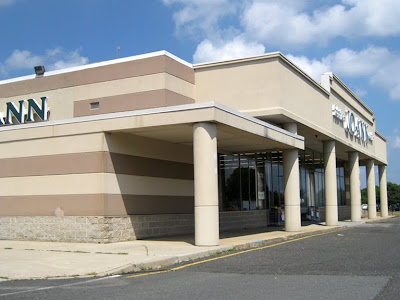 Jo-Ann fabrics has checked out of the former Acme in Brick Township. Pictures have been sent in of the empty interior which has remained largely intact since the Acme closed in the early 80's. 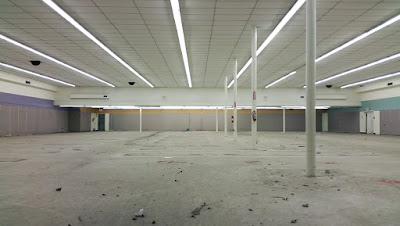 Sweeping view of the interior. New flooring and removal of the Meat and Deli back wall are the only major alterations to the interior. 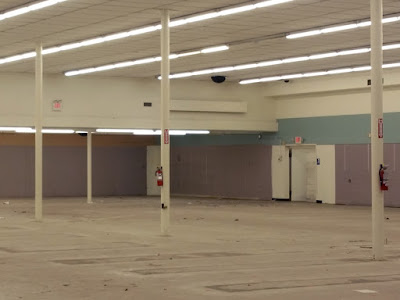 The former Woodstown store was a virtual twin to this location. Below is a photo of the same portion of the store store, which was sporting the 80's Remodel when it closed. 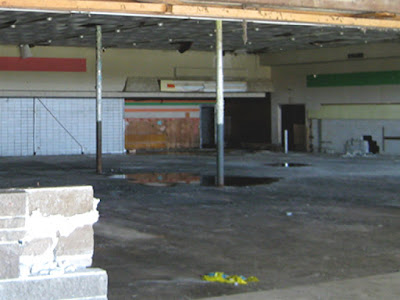 For full coverage of the abandoned Woodstown store, click here. 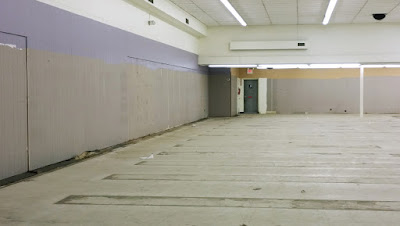 The Dairy aisle would have run along this wall back in the Acme days. The boxes up on the back wall had been a mystery until I visited this store to cover it for the blog. Discovered that they were simply covers for the air intake vents. The vents were exposed in most 50's stores. You can see an example at the former store in Newton, NJ by clicking here. 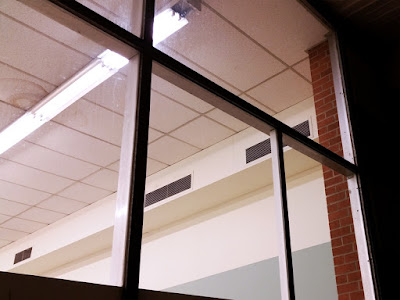 A close-up of the air vents that rand along the sides of the store. 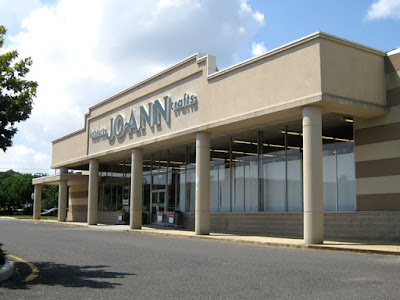 The future of the former Acme in Brick is unknown. For full coverage of the store, please click here.
Posted by Acme Style