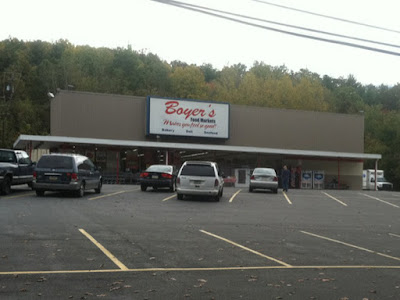 Photo courtesy of John from WISL1480.com

Another Boyer's/Former Acme has arrived on the blog! This location in Lansford opened February 6, 1957 and was among the 45 stores sold to Penn Traffic in 1995. The store still has plenty of Acme elements inside. As noted in previous posts, many of these stores were remolded with the Checkerboard Arch décor not long before they were sold off. I have wondered if Acme remodeled these stores in an effort to maximize they're value for a planned sale. Other stores in the chain in equal need of remodeling were passed by, keeping their 80 remodels and even 70's remodels well into the late 90's. 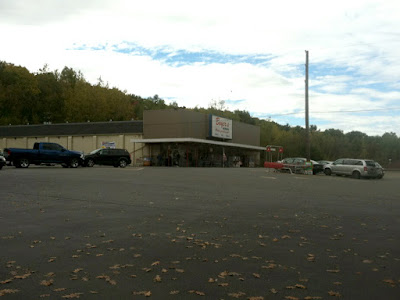 We'll see down below how this store is located in a rather isolated, out-of-the-way spot in town. 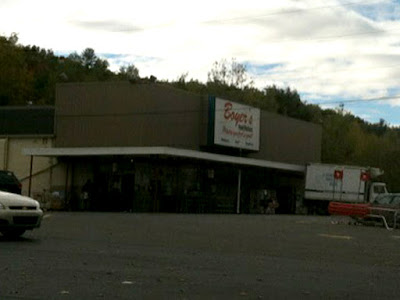 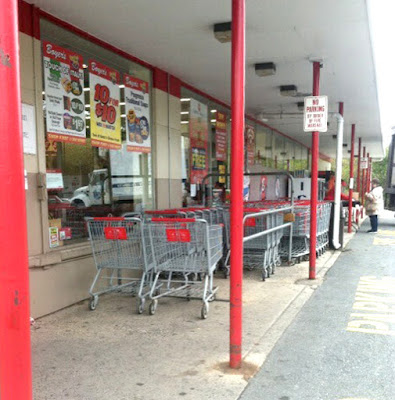 Boyer's carts look to be nearly identical to the ones Acme uses, minus the cup holders. 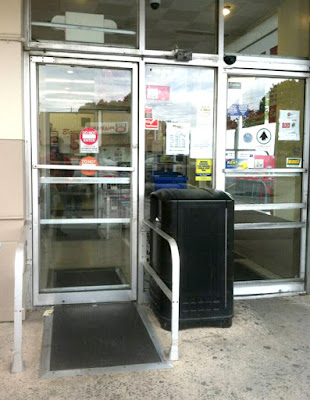 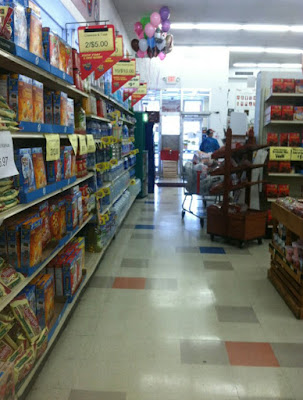 The Checkerboard Arch flooring is rarely found in any Acme. Store's that received the new décor retained their 80's checkerboard flooring. The old Beach Haven store is one of the few to have received it. Click here for a look. 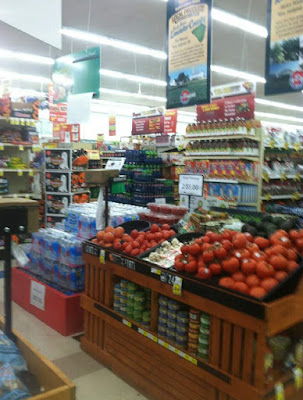 Not sure if I've arranged John's pictures in the correct order as we tour the store. I used the classic Acme layout as a guide. 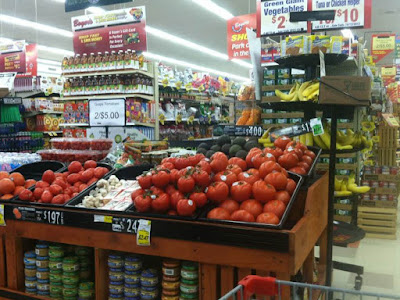 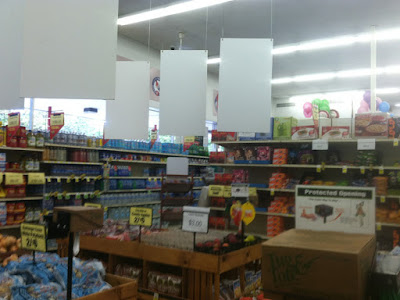 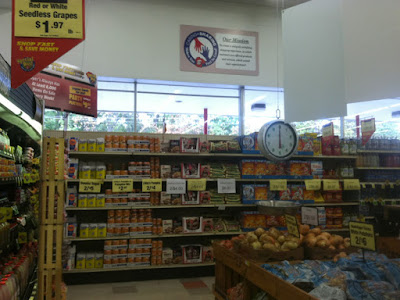 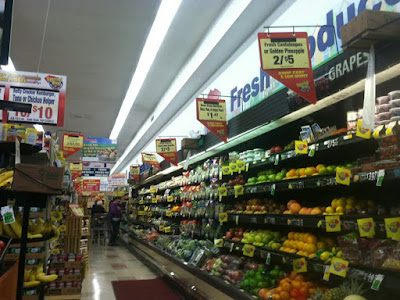 Gotta give the classic air vents a shout-out! 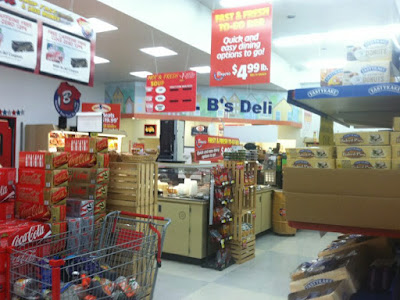 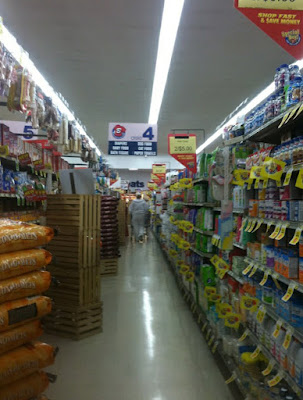 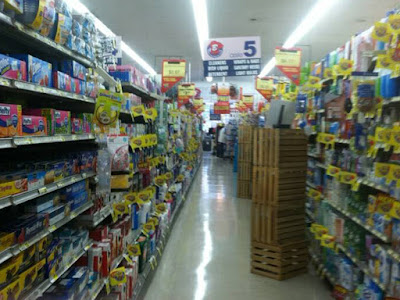 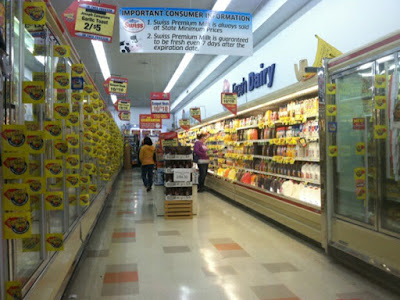 The cases look to be left over from the Acme days. 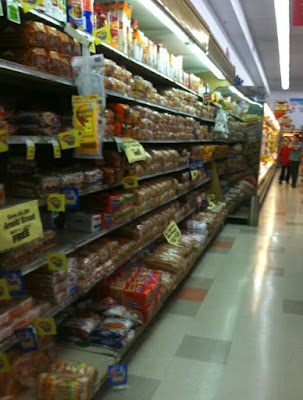 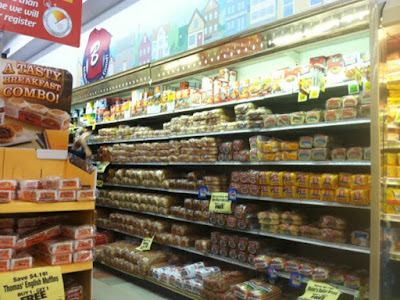 The lighted bread aisle! Acme used these gold panels often for first aisle, Health and Beuaty Aids aisles and the bread aisle. The lighting was kicking around in stores remodeled and built in the 70's and early 80's but became standard in the 80's remodels. 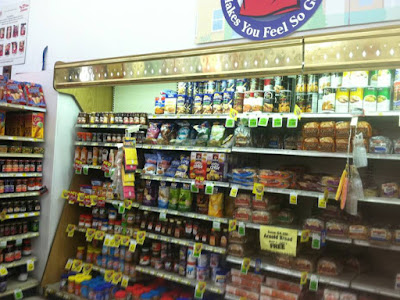 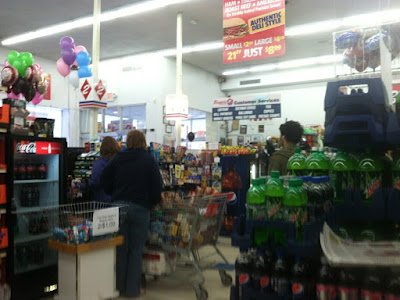 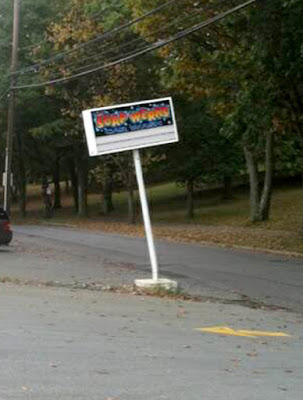 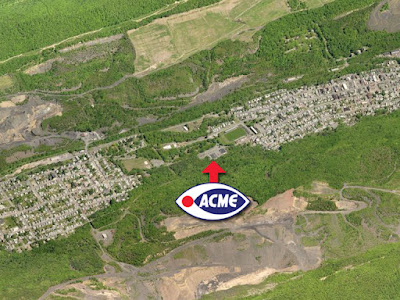 Acme's philosophy with many of their 50's stores was "if we build it, they will come". 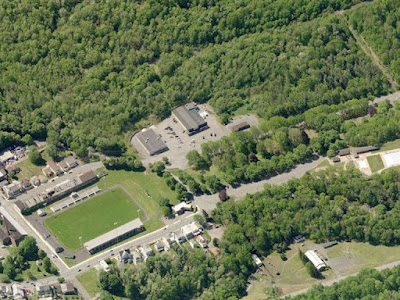 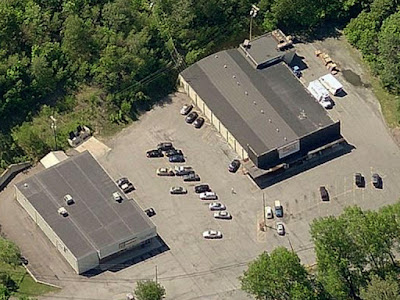 Arched roof for a portion of the building. The right side was most likely an addition that happened sometime in the 60's. The oldest available aerial is from 1969. 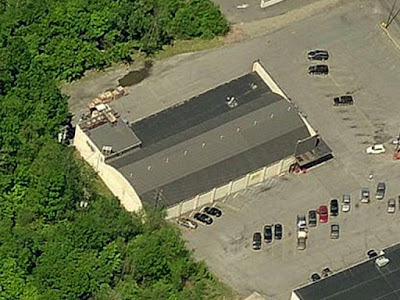 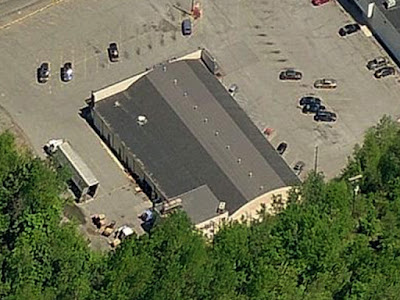 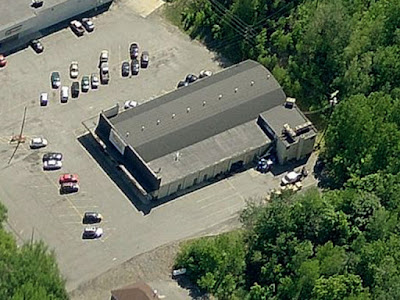 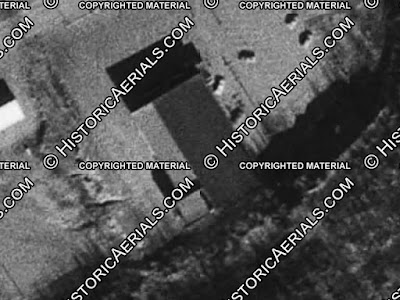 Be sure to check out the Boyer's/Former Acmes in Tamaqua,  Ashland, and Pottsville.
Posted by Acme Style