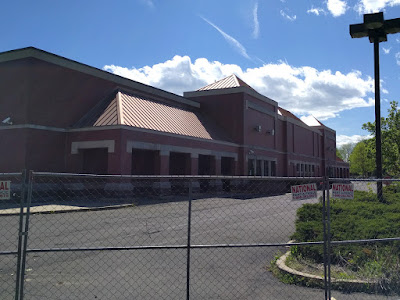 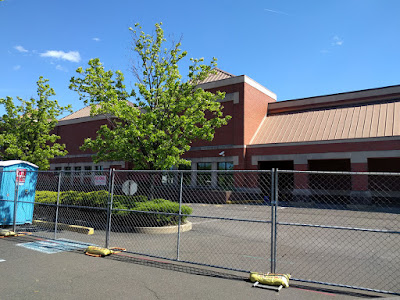 We knew this day was coming. The former 90's Morrisville Acme is finally coming down to make way for redevelopment of the site. Wawa had been planning to build a store here but has since pulled out. Three buildings, including a Rite Aid, will be constructed in place of the Acme. You can view the plans for the site by clicking here. 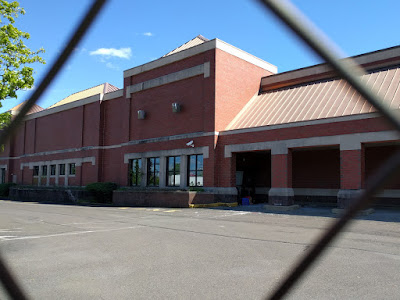 The Morrisville Acme had a one-of-a-kind facade design. 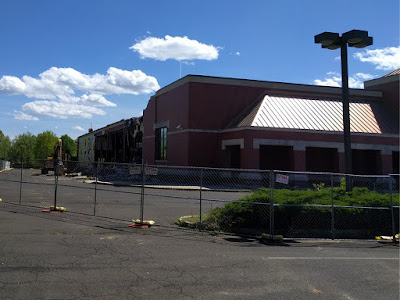 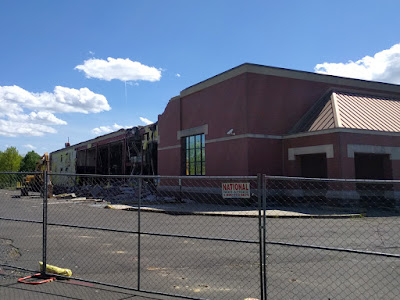 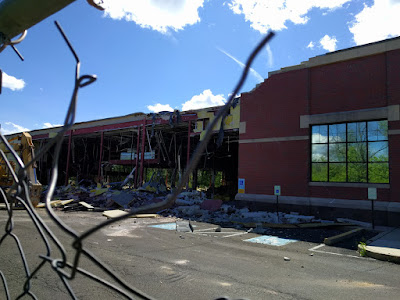 The interior has been cleared out already so there isn't any signs of Acme to be seen inside... 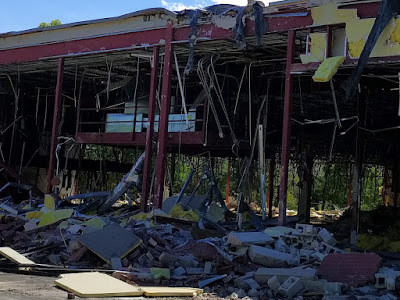 Nothin' but a huge mess in there! 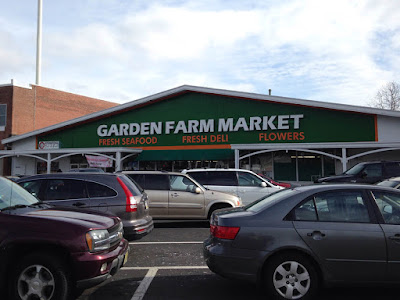 Ian also sent in updated photos for the former pitched-roof store which was replaced by the 90's model. 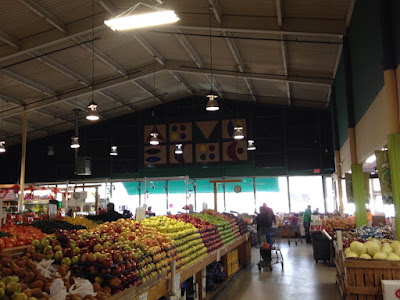 The old Acme sign is still up inside! No longer illuminated, unfortunately. Looks like the updated to the facade is keeping exterior light from lighting up the colorful tiles. Below is a shot of how the  sign looked previously... 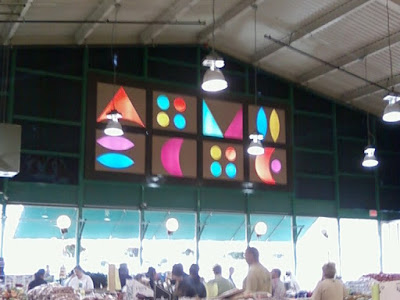 For full coverage of the former Acmes in Morrisville, please click here.

Thanks to Ian for the great photos!
Posted by Acme Style