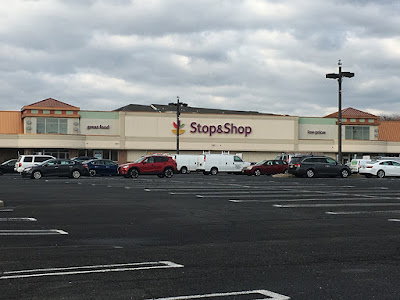 
The Stop & Shop in Raritan closed this past November. Not a terribly exciting store but I always enjoyed how the interior layout had a 70's supermarket vibe. Endless aisles of groceries with service departments tucked out of the way around the perimeter of the store. S&S expanded and extensively remodeled the store in the early 2000's shortly before the fresh craze swept through the industry. 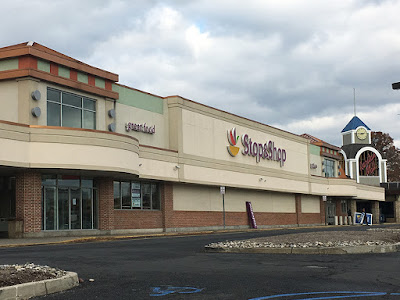 The Raritan Stop & Shop began as a Foodtown in the late 80's and became an Edwards in the 90's when the store was acquired by Ahold. The Edwards banner was retired in the early 2000's with the stores being converted to Stop & Shop. Many converted stores had interior and exterior remodels similar to the one seen here. New Jersey stores have remained largely untouched ever since with the exception of exterior signage updates. Is it just me or does Ahold sort of ignore its New Jersey fleet of stores? Giant stores of PA and Maryland are remodeled and updated far more often. I don't know of any Stop and Shops in New Jersey with the last round or two of the company's updated décor. The last round of remodels was done in the late 2000's with the Yellow/Purple/Fruit Bowl décor and I don't think much remodeling  has been done since then. 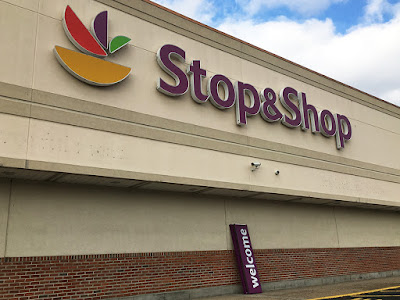 Stop & Shop dismantled the store within days of closing. 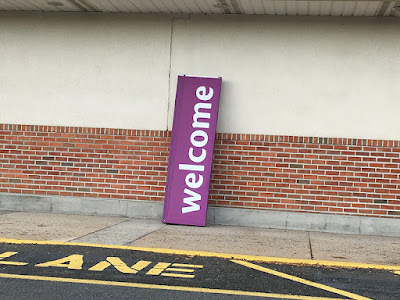 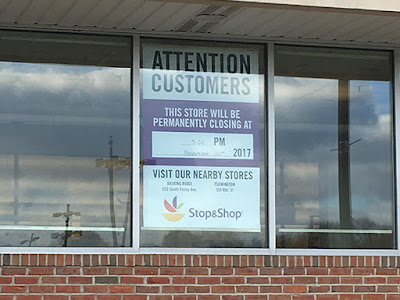 I made one last visit during the store's final week... 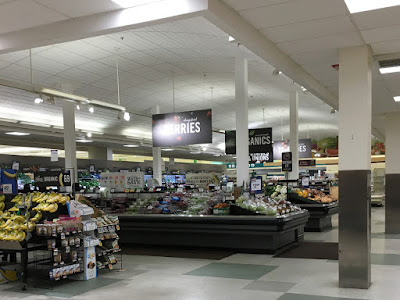 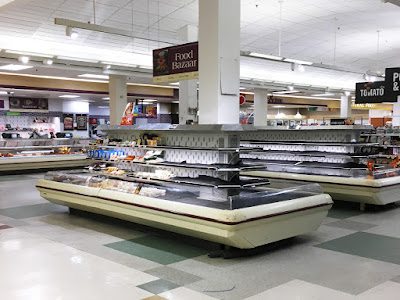 Stop & Shop could have easily killed off two or three aisles of groceries to expand the fresh offerings here. Selection and variety was limited in these departments, especially considering the overall size of the store. 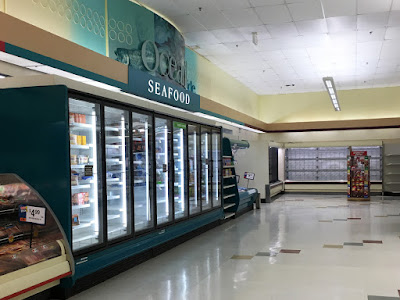 Service Seafood long gone with self-serice cases in its place. 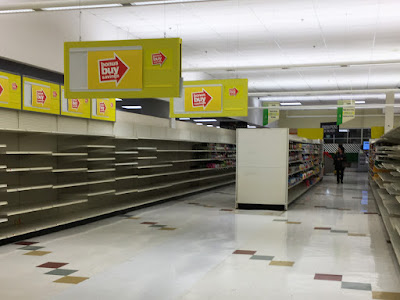 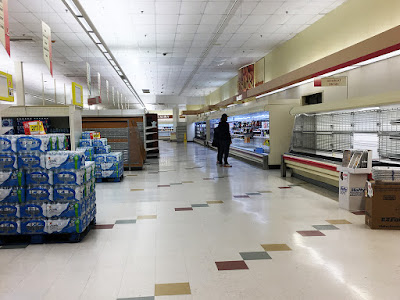 Meat and Dairy along the back wall. 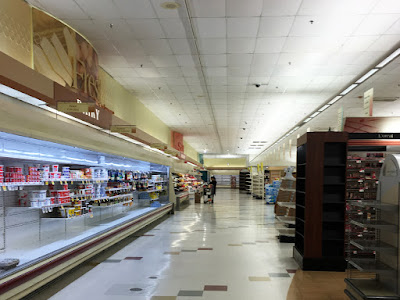 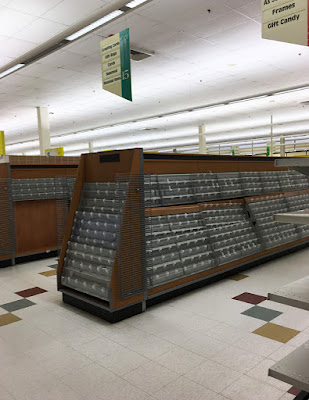 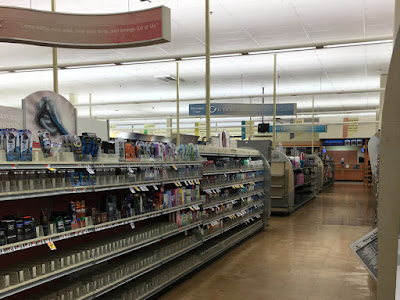 I've always been pleased with Stop & Shop's Health and Beauty Aid departments. Great selection and prices competitive with discount stores. Not something Acme is willing to do. 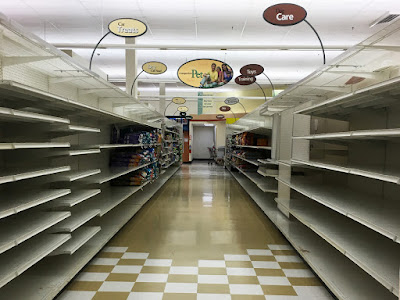 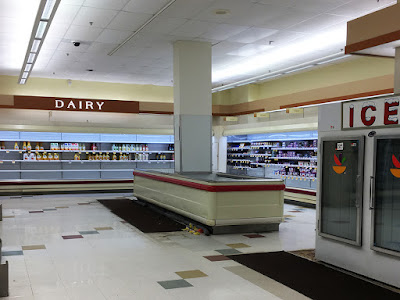 Leaky cases throughout this end of the store. It's been a problem for years. 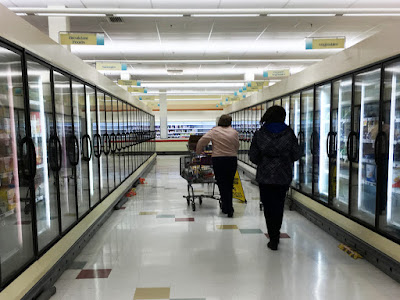 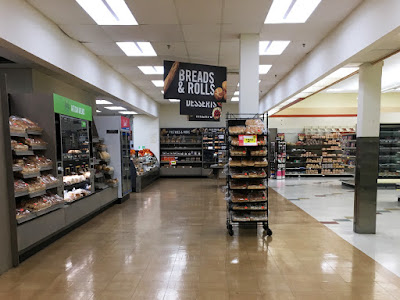 The Bakery was updated recently with the new gray cases. Another fresh department tucked in a corner far from the entrance. You'd pass the bank and the bathrooms before you see any fresh bread. 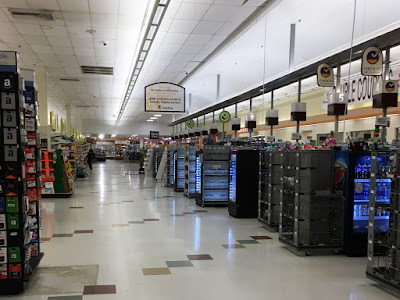 Endless registers which is a pretty standard feature at Stop & Shop. 17 or 18 here. A few years ago they shut down the last 6. Computers were removed and shelving was added around them to keep them blocked off but the counters and lights all remained in place. 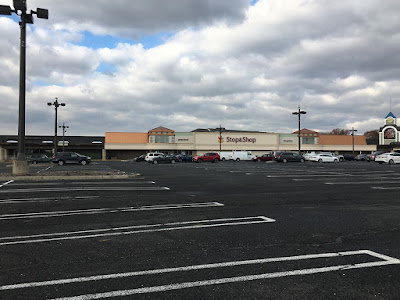 Stop & Shop has managed to survive the past seven years just a five minute drive from the new ShopRite in Sommerville. The store is also about 10 minutes away from the Wegmans with Whole Foods coming soon to Bridgewater. 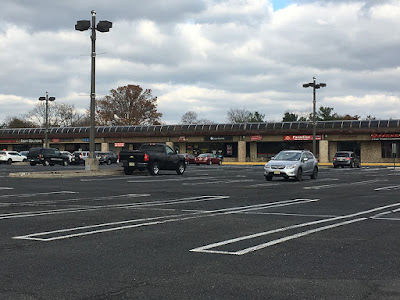 The Raritan Mall has been in decline for years now despite assurances from the mall owners that improvements are in the works. Very few store fronts are occupied at this point, many closing in the past few years. Stop & Shop ultimately decided not to renew it's lease here with deteriorating conditions at the mall being a likely influence for that decision. 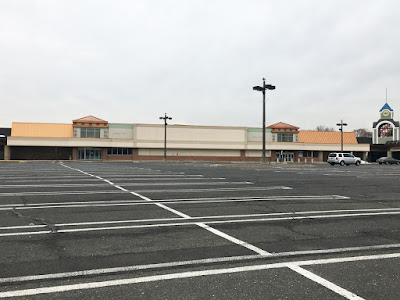 A few weeks after closing... 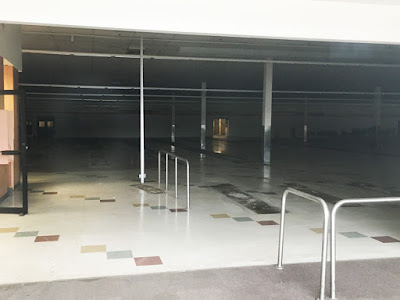 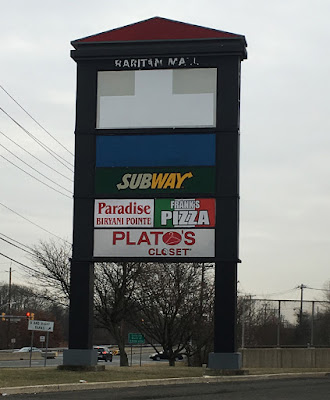 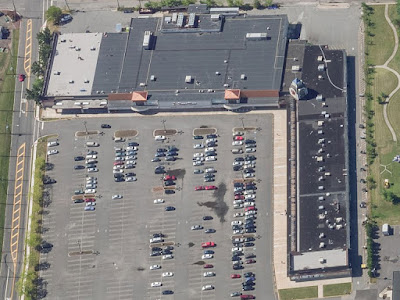 The ShopRite took over an abandoned Pathmark after expanding and drastically renovating the existing building. Pathmark closed in 2007. I've read the closing was hastened by Sommerville's attempts to get the store condemned. It was in that bad of shape! 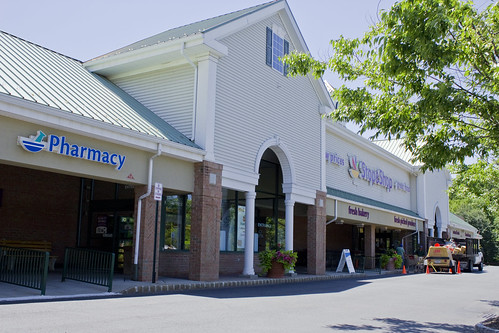 Another Shop & Shop along Route 206 closed last year as well. The Hillsborough store, which was never updated from it's Edwards day, closed laar August. For more pictures of this store store, please click here.