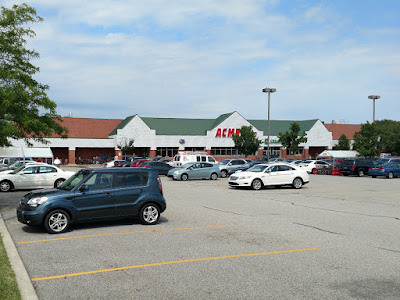 Photos courtesy of Gary A. unless noted otherwise 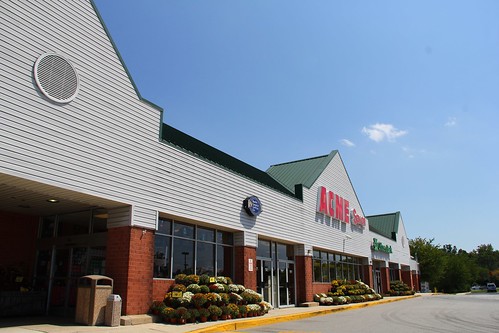 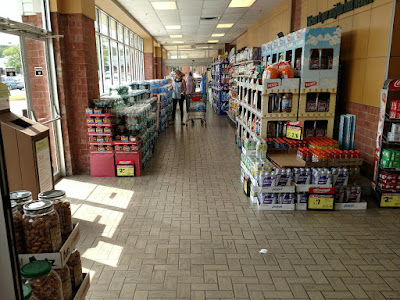 Lots of unusual things to see here! For starters, a large vestibule that runs along the front of the store. 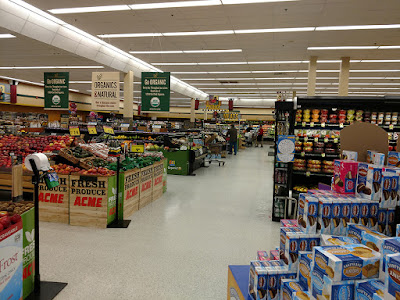 I have never been to this store so giving a full analysis of the interior is out of the question. In fact, I had some trouble making sense of the interior since the layout doesn't match other stores built in the late 80's/early 90's. Not sure if the the store was originally built this way or if the Industrial Circus remodel in the early 2000's brought the changes. The Meat Department is in its traditional spot in the rear corner. 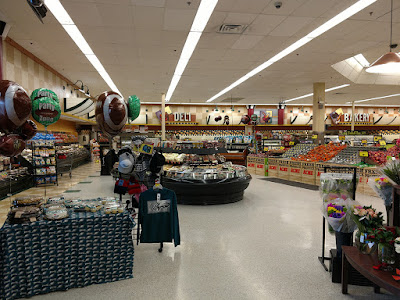 The Deli and Bakery run along the left side of the store. Of course, we're used to seeing the Produce alcove straight ahead. Instead, the Produce cases run along the first aisle and face towards this area of the store. This configuration was implemented in many of the late 90's remodels creating what Acme referred to as The Grand Aisle. I would say the layout here is likely due to that remodel but cannot confirm that. We'll see a bit of evidence that the Deli was originally located along the rear of the store. 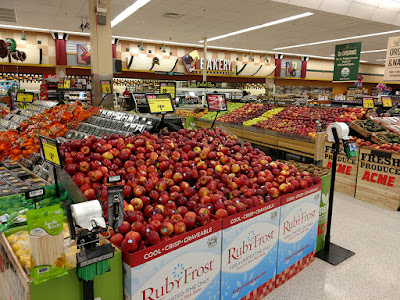 Industrial Circus, a favorite of mine, is looking great! The store has been remarkably well maintained over the years.

Looks like this store never had the spot lights in Produce. The ample overhead lighting all seems to be in its original condition. 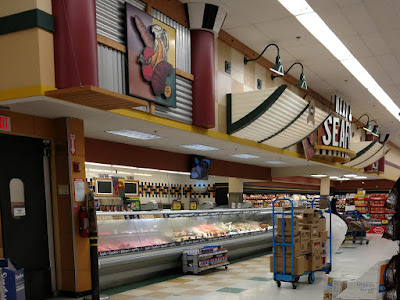 Meat and Seafood service counter along the back of the store. All new flooring was installed during the last remodel. Many Delaware stores retained their oritianl checkerboard flooring through various remodels. 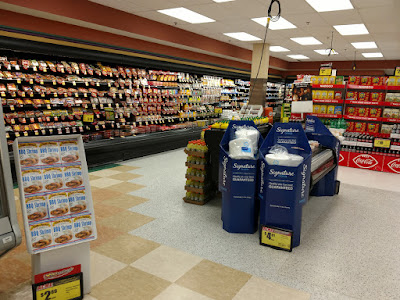 This odd space runs along the back of the store just beyond the Meat counter. Quite possibly the original home to the Deli. Makes total sense but I can't say for sure. 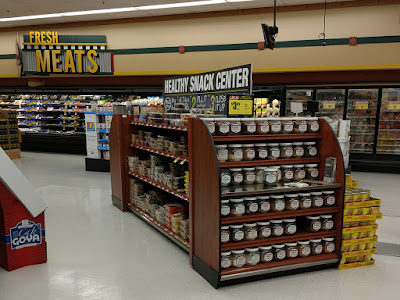 Healthy Snack Center making its way into the older Acme stores. These are arely seen in any of the A&P acquired stores, even in the ones that have been remodeled. 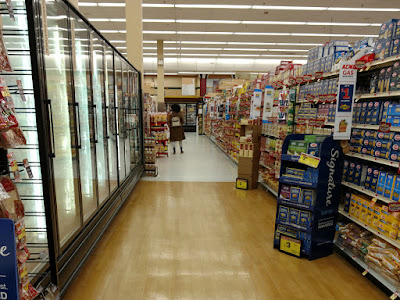 The hard flooring would have most likely been installed in recent years. 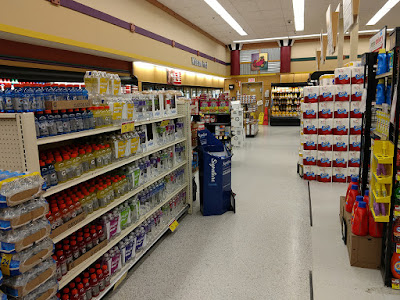 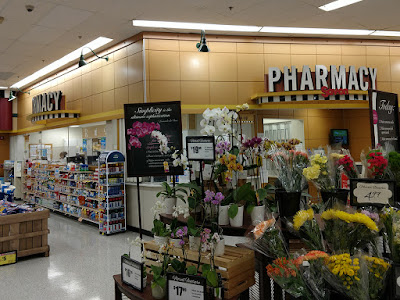 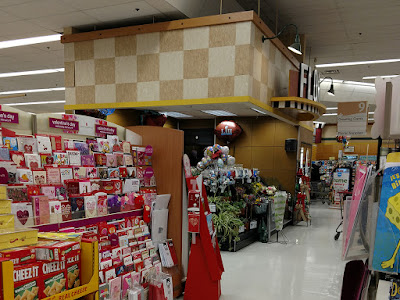 We've never seen a contraption like this before! Floral was often moved from the perimeter of the store to the sales floor during the late 90's remodel. The relocated departments would consist of a few cases and a small service counter with nothing more than a sign hanging above. The Suburban Plaza store got the deluxe treatment! 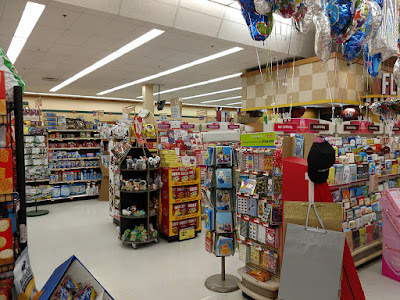 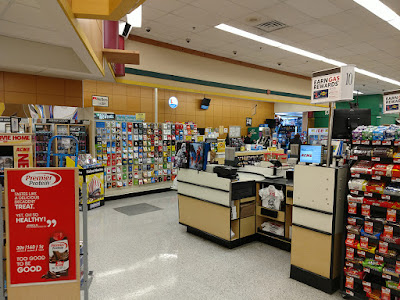 Old checkout lights still in place. Have to say there isn't a photo in this whole post that makes this store look anything less than pristine! And the photos are from multiple contributors taken and different times. I would love to see this place in person someday and wouldn't mind shopping here on a regular basis! 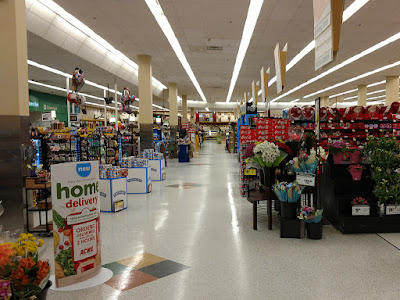 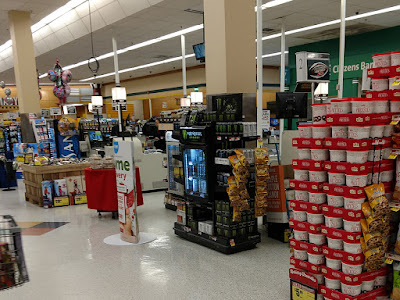 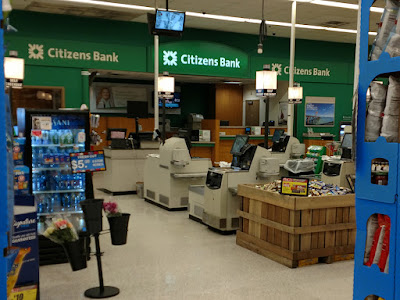 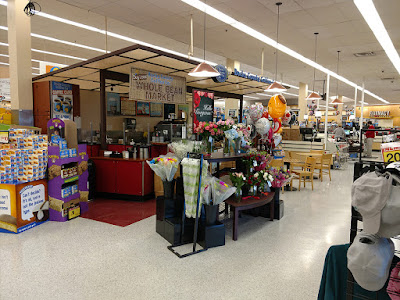 Bucks County Coffee, formally Starbucks, is still up and running. Located the right of the entrance along the front-end. You can see the registers and Pharmacy off in the distance. 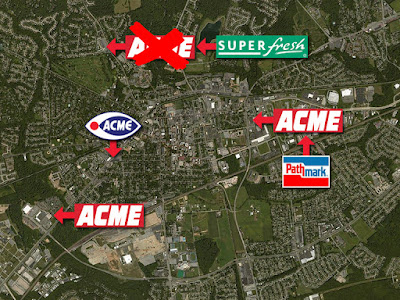 A view of the west side of Newark showing the former Acme on Main Street and Elkton Road. Closer view is below. The map also shows the former Pathmark at College Square which became an Acme in 2015. And finally the former Newark Superfresh that was among the stores acquired by Acme but was dropped before the final deal went through. Now Food Lion is planning to take over the space. You can read more about that here. There is another Acme on the East side of Newark in University Plaza. That store will be coming to the blog soon. 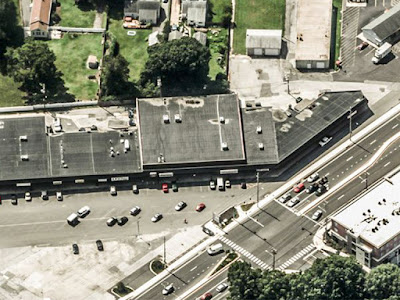 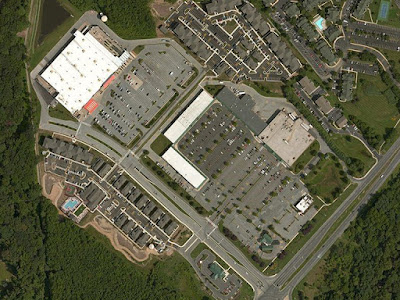 Home Depot was built behind the Suburban Plaza between 2007 and 2009. Must have been a nice boost for Acme with the additional traffic coming to the shopping center. 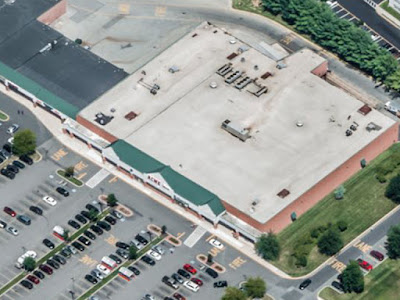 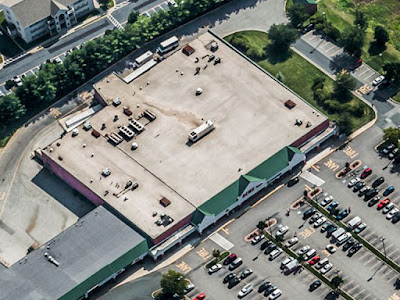 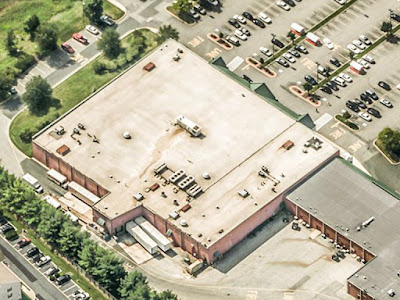 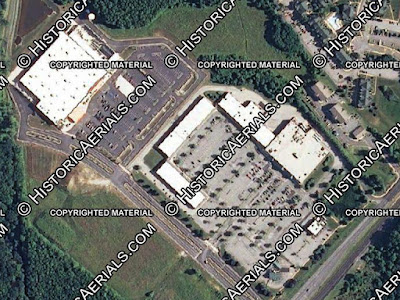 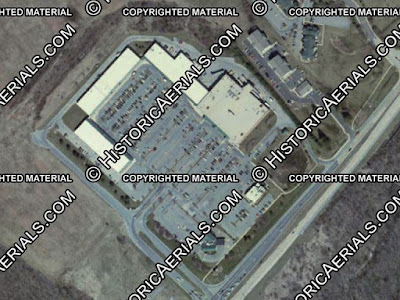 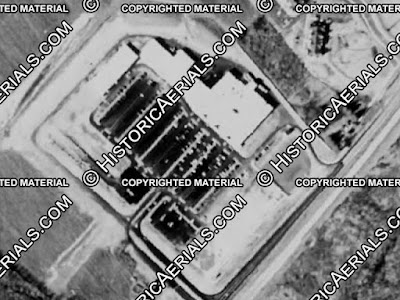 Last available satellite image. Not sure of the store opened in the late 80's or early 90's.
Posted by Acme Style