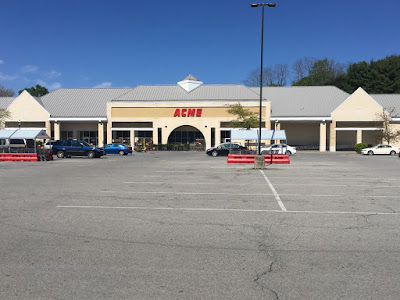 
Today we have some pictures of the Pleasant Valley Acme in New York, sent in by an annonymous contributor along with other New York locations which will be coming to the blog soon. Crowds look light at  this time of day but according to the aerial views, this is a high volume store. The logo on front is a little odd. It looks to be solid red with no white outlines. Certainly a very unique exterior for an A&P and an Acme! 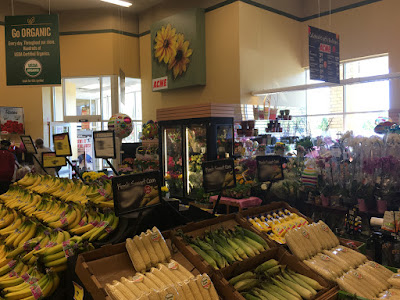 Round 1 of the "fresh" remodel inside. 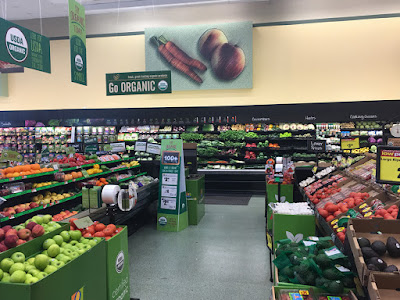 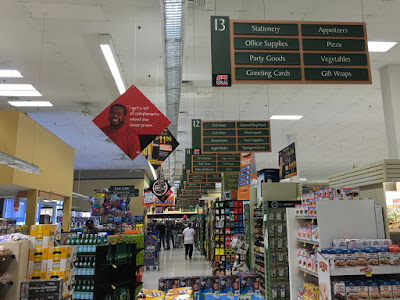 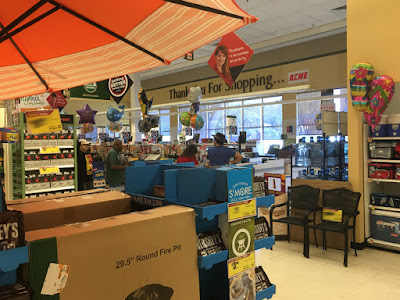 This store did get an Acme sign from the front-end. Stores that didn't get one of these signs during the conversions STILL don't have one. At least the ones I've been in. Seems like Acme just gave up getting more of these made. 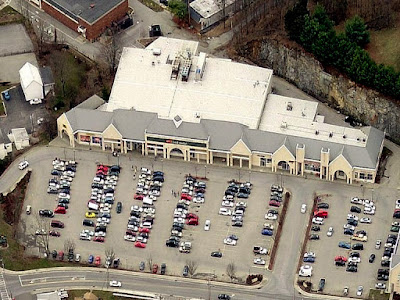 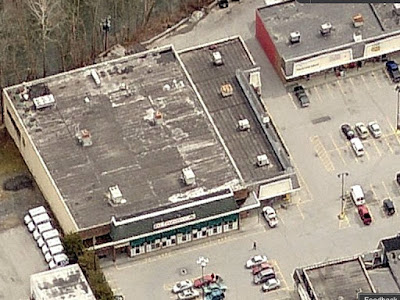 Looks like a former Grand Union across the street. Judging from the awning and the windows along the front, it was remodeled in the 80's. Interestingly, the other stores in the shopping center appear to have the same facade as Grand Union would have had prior to the 80's remodel. Click here for a look at a former Grand Union that still has its original facade. 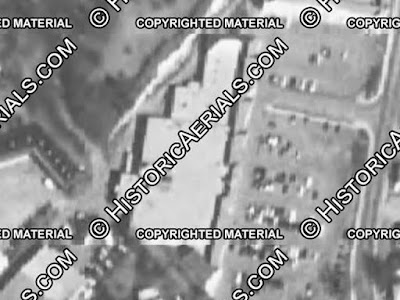 The oldest view available for this are is from 1995. Not much has changed since then.
Posted by Acme Style