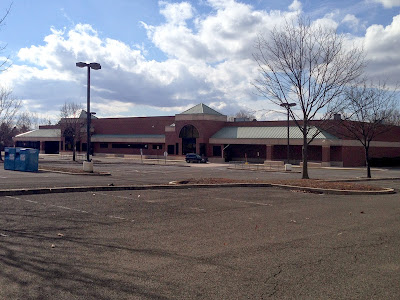 Exterior photos have arrived of the New Britain store! The same person who treated us to an spectacular tour of the interior, returned recently to the property to take these photos. In a couple of weeks, I am going to move these photos over to the original post so we have one, comprehensive post of the store. For now they'll live here to make sure no one misses out on them.

In addition to the exterior photos, there are also some additional interior photos that were not included in the original post. That was completely my fault. The photos were sent in groups stretching over numerous emails and I unfortunately lost track of some of them. 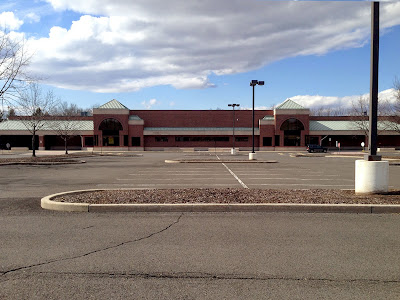 The exterior signs have been removed but the interior appears to be untouched since closing. 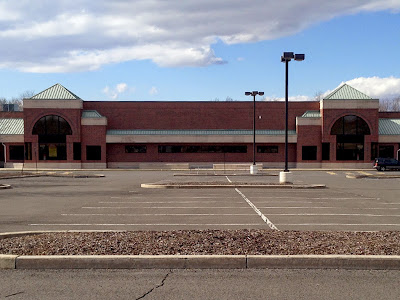 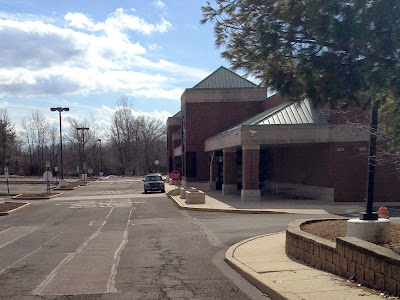 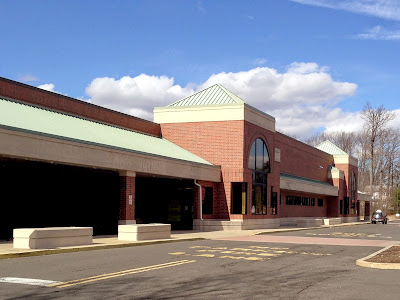 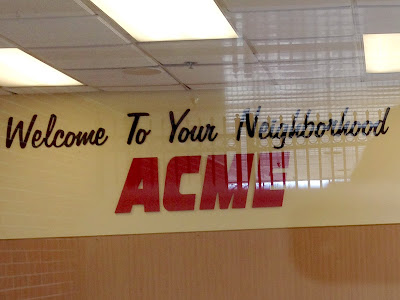 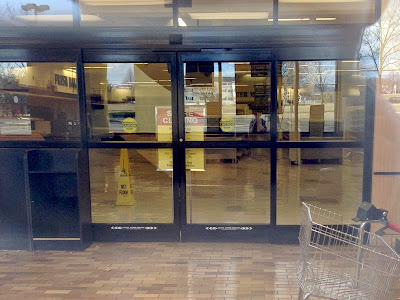 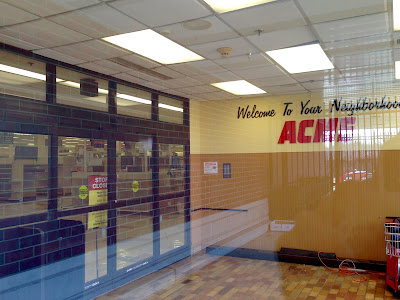 Below are the interior photos that weren't included in the original post... 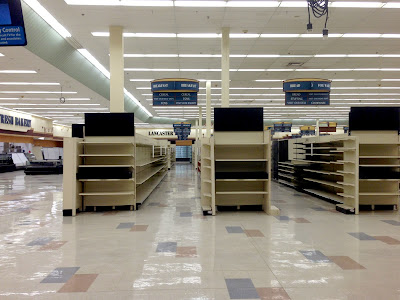 The Salad Bar was not replaced during the during the Alberstons Marketplace remodel. The original remains standing on the right side of the Produce Department. It was usually moved to the Fruit Bar area when these 90's stores were remodeled. 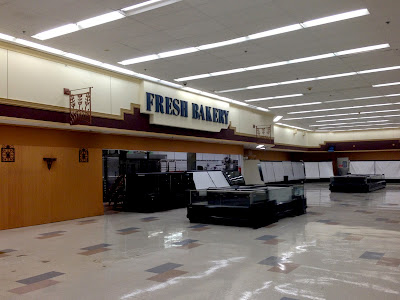 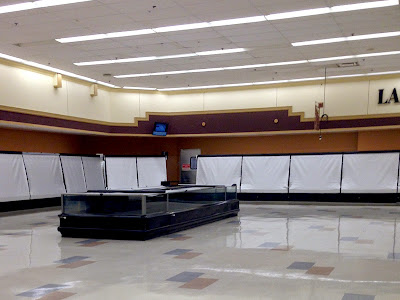 The keystones from the 90's Red/White/Blue package remained until the end. 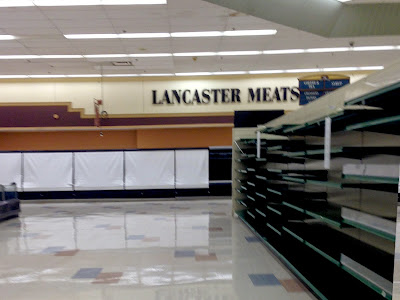 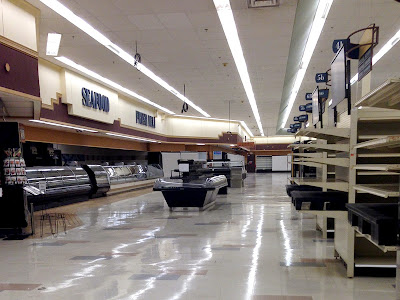 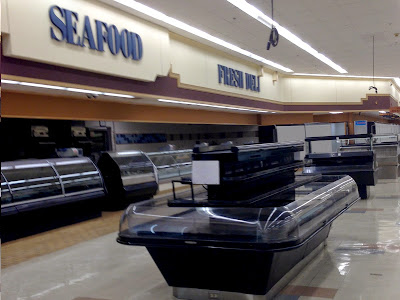 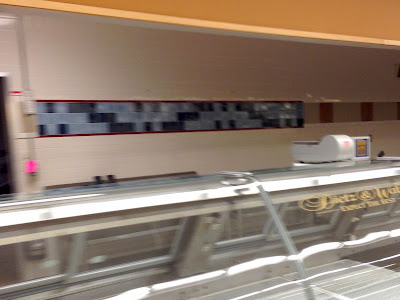 Very interesting site here... the 90's tiles were not completely replaced along the back wall. I assume something was located along the wall that blocked the old tile but had been removed when the store closed. 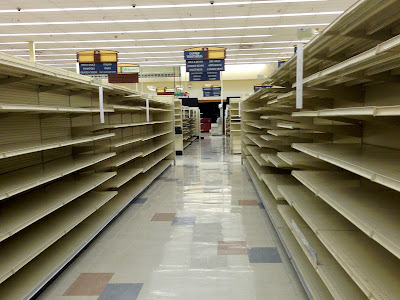 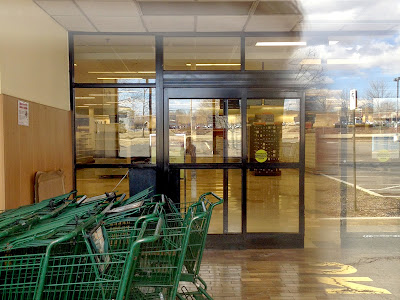 A look inside the Pharmacy side vestibule. 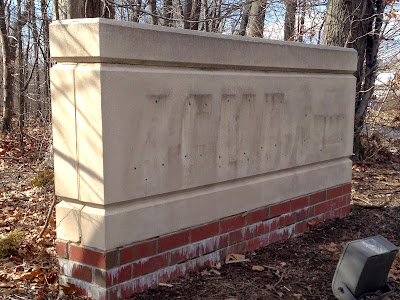