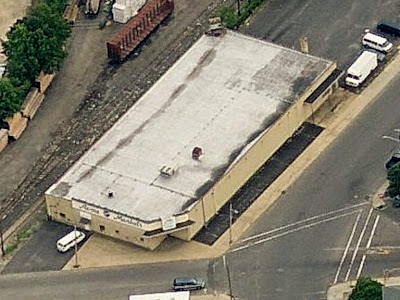 
The former Lakewood Acme still shows the blue script logo on Bing Maps! This despite the fact that Acme has been gone from this location for many years. I discovered this last September when doubgbalt, a frequent contributor here at Acme Style, had found an ad listing the address of the store. I immediately went to Bing Maps to survey the situation and was stunned to see the Acme logo still on the building. I then jumped over to Google to get a street level view only to find a more recent view of the building with the logo gone. So back to Bing Maps I went for some screen grabs in case they updated their aerials any time in the near future. Last week I received an email from someone else pointing out the logo on Bing Maps so I decided it was time to get this building up on the blog! 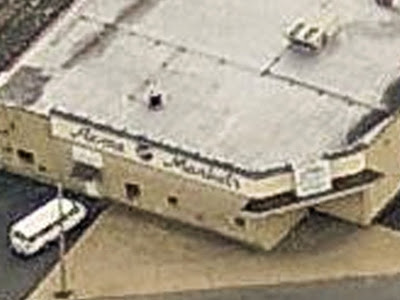 Acme opened here on March 17, 1954. Originally the building had the tower sign right above the entrance. A portion of the base of the tower appears to remain on the awning. The tower is clearly visible in some of the historic aerials. It is so clearly seen in the 1986 image that you see "ACME" is no longer on the tower. Judging from earlier historic images, the store may have closed in the 70's. 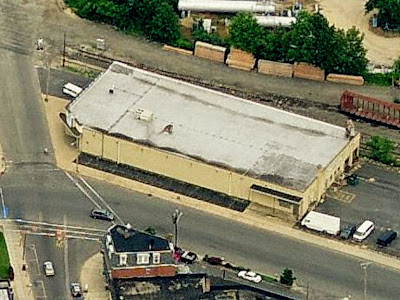 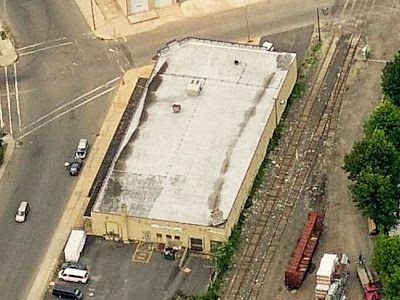 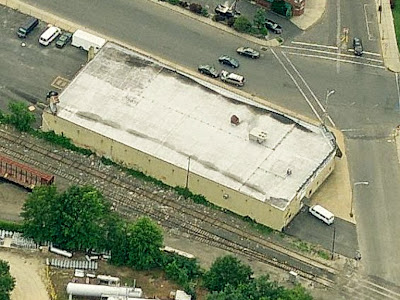 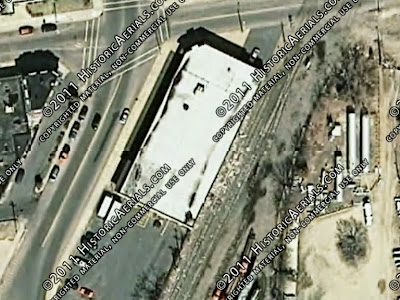 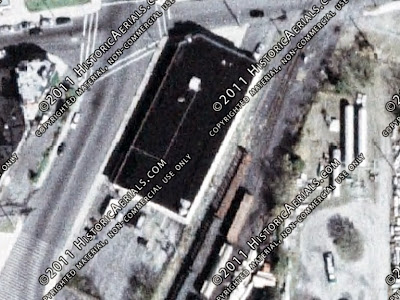 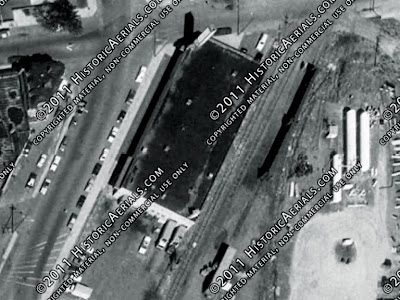 1986
The tower still standing in 1986 without the ACME letters. Wonder why no one painted over the front of the store. 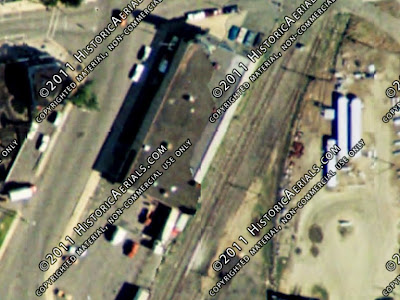 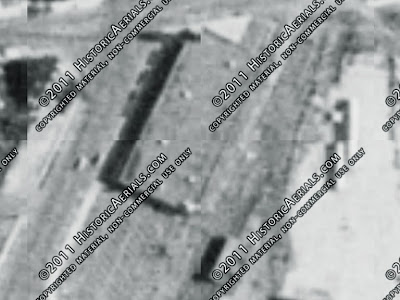 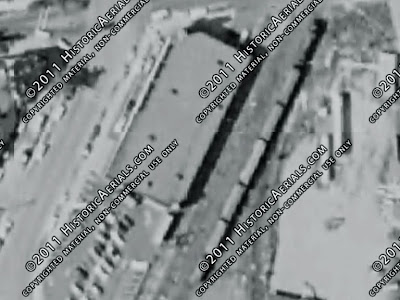 1963
Judging from the parking lot, the place was getting a nice crowd back in 1963! The rear parking lot was also reconfigured by this point as you can see down below in the next available view. 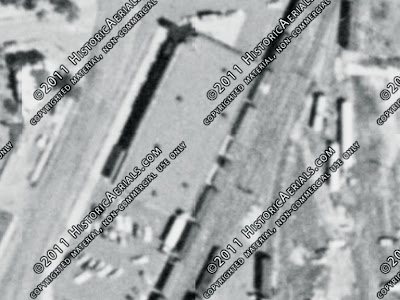 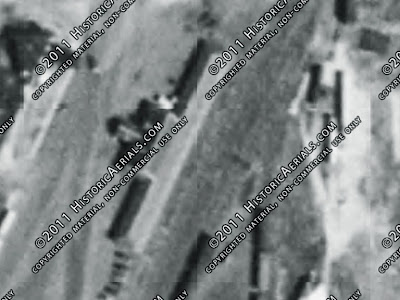 1953
Looks as though a train station stood here originally.

Below are some screen grabs from Google Maps... 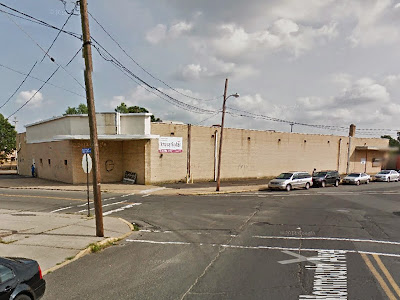 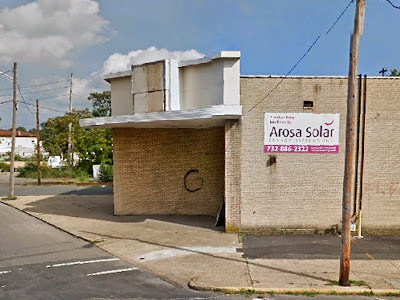 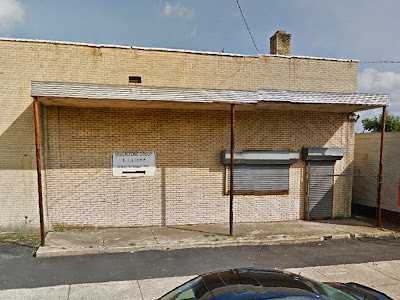 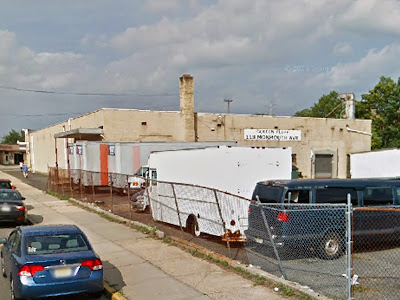