Exton in the days after closing... 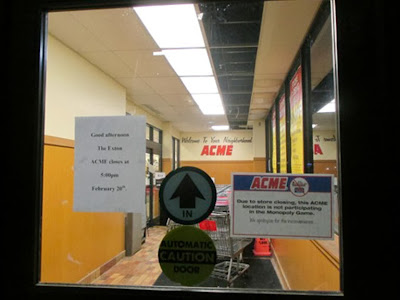 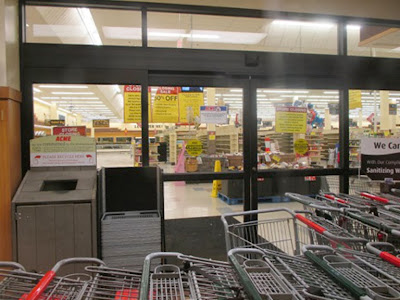 "@" from the comment boards sent in some photos that were taken in the days after that Exton Acme closed for good. 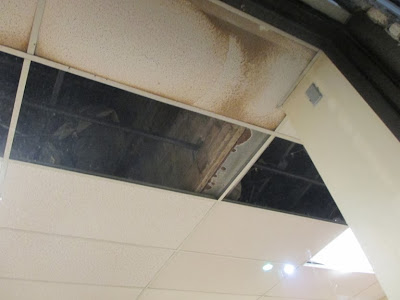 "A leak in the sprinkler system took out some ceiling tiles, giving us a view of part of the original facade." 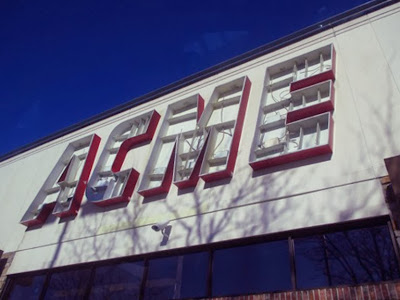 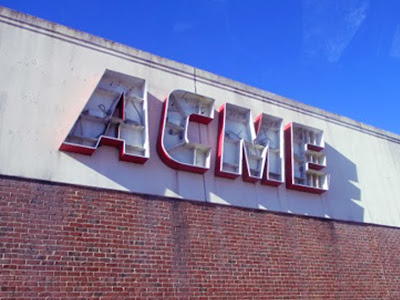 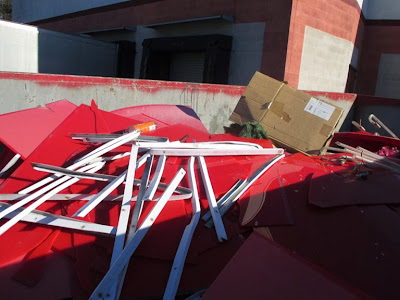 "A dumpster in back holding the plastic facing and neon tubes from the signs, along with what looks like drop ceiling brackets, but probably are not, as the ceiling remains intact as far as I could see. I was kinda hoping there would be an entire letter front, but they were all either broken or had been made in multiple parts." 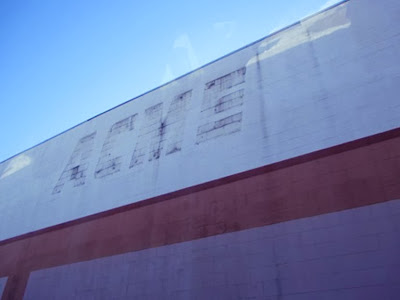 "Lablescar on the back of the store this is the only sign that has completely been removed so far." (As of February 22)