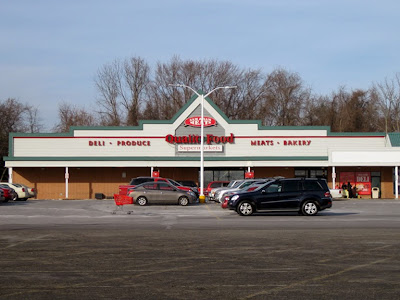 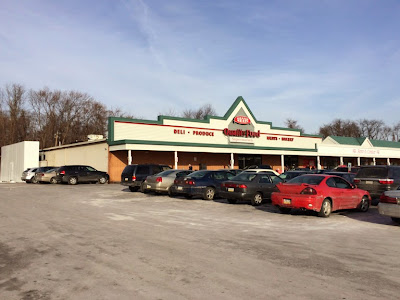 Acme opened at this location in June 1967. Closing date unknown. The current tenant is Sam and Sam Meats. This is a former pitched-roof which is disguised by the facade. It is also undetectable  from the interior which you can see in the photos below... 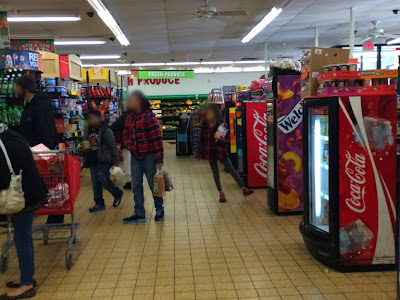 A drop ceiling has been added inside and the flooring has been changed out. It appears that there have been several tenants over the years. There are no clues inside that this store was ever an Acme. 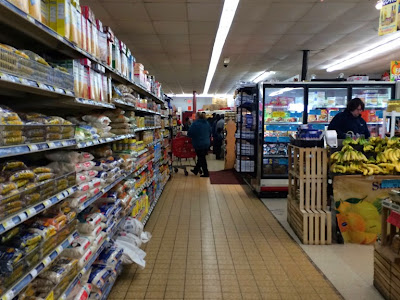 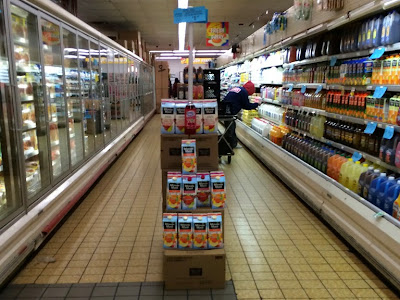 Notice the mix of tiling on the floor. 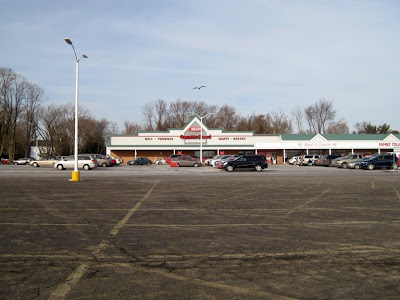 Gigantic parking lot! This section looks to have the original pavement. 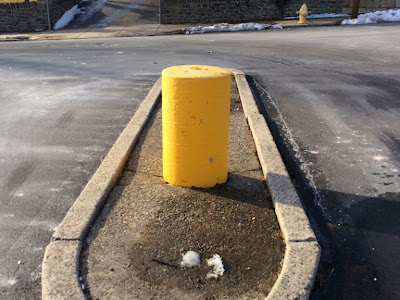 The Acme parking lot sign is gone but the stump remains. 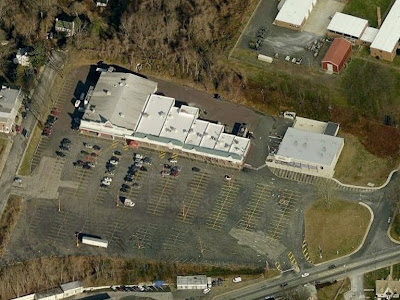 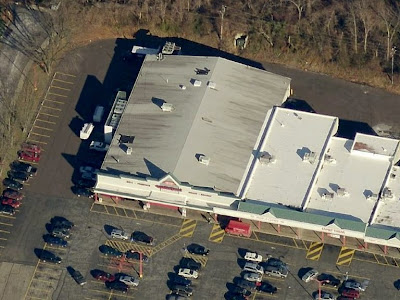 Cooling units are a recent addition to the left side of the store. You'll see that they are not present in two of these aerial images. 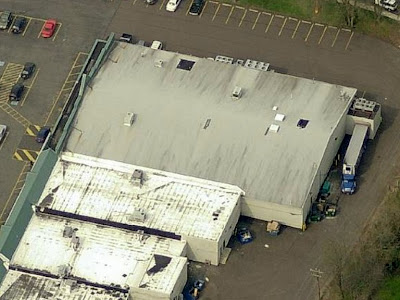 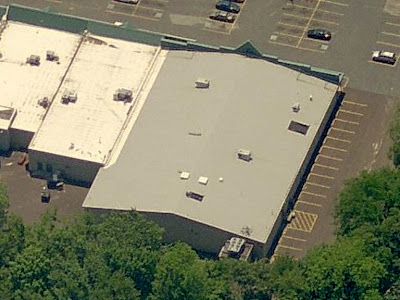 The back doesn't have any of the features normally seen on pitched-roof Acmes. I didn't venture around to the back to see if there were any scares to be seen. 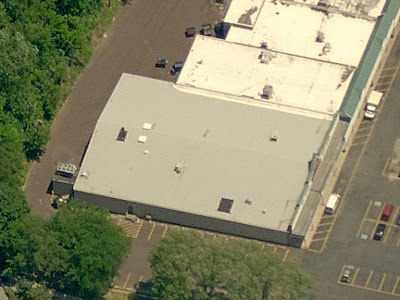 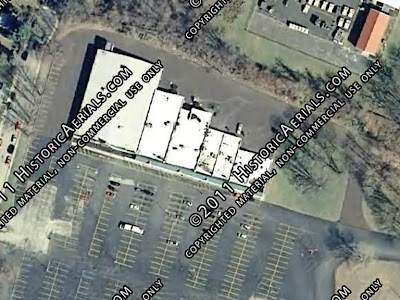 2008
The empty lot all the way to the right has been here since the shopping center was first built but has only recently been utilized. You can see up in the first aerial image that a building now stands in this area. 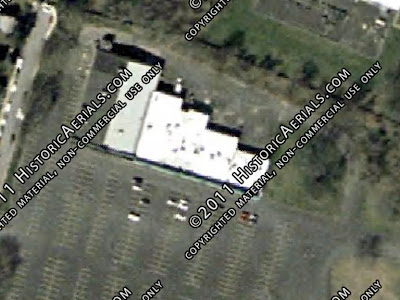 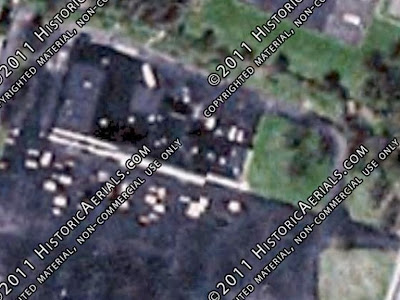 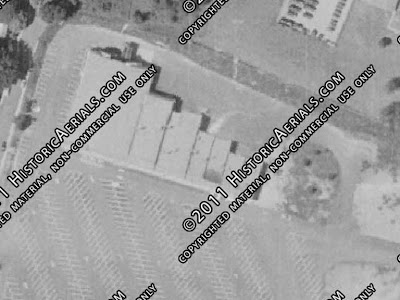 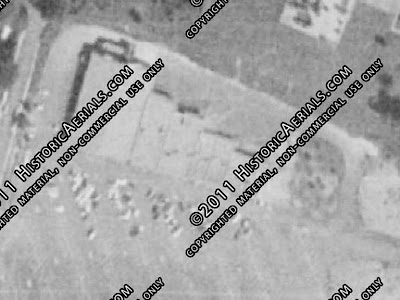 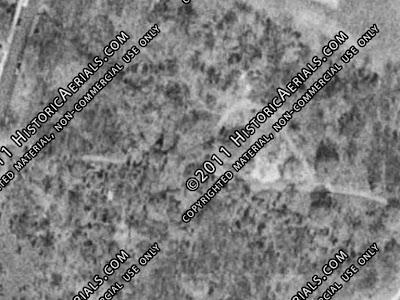 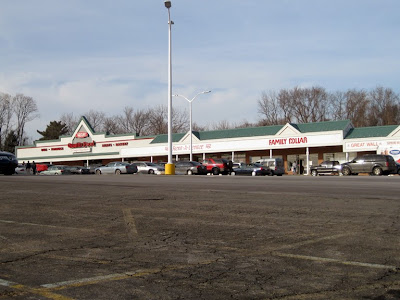