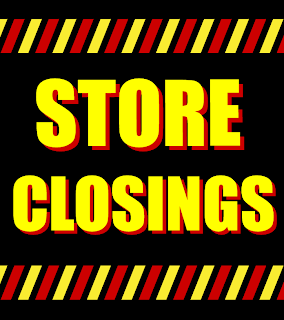 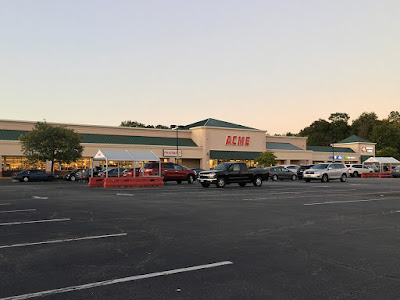 
A lot of us saw this coming. I sure did when I visited the store last month. The place was completely dead at 6:00 pm. The new ShopRite across the street has won over nearly every Acme shopper. News of the store closing was mentioned in an article on northjersey.com which covered the final day of the Bergenfield store. No closing date was given.

An interesting quote from the story...

"Acme confirmed in September that it was closing the store, two years after it moved into the former Pathmark following the bankruptcy of the A&P and Pathmark chains. Industry experts at the time speculated that the chain, which paid $256 million to purchase leases on 76 A&P-owned stores, had reopened too quickly and missed an opportunity to differentiate itself from A&P."

Truth be told, Acme DID differentiate itself from A&P by reducing product selection and running the worst front-ends in the retail industry, let alone the supermarket industry. South Plainfield is the perfect poster child for everything that is currently wrong with Acme these days. You can run all the stunningly beautiful, super-clean, well-stocked stores you want but you're still not going to be successful if you offer horrible service and mediocre prices. As I've mentioned before, Acme's prices have improved but when you can still get better deals at Shop&Shop (and get checked out a lot faster) then why bother going to Acme?

Who's ShopRite coming for next... Elmwood Park! Plans are underway to open in the former Kmart just up the street. Check out the plans by clicking here.

Thanks to GSP163 for the link to the northjersey.com article!
Posted by Acme Style