WHY SUCH LITTLE LOVE
THE JERSEY CITY STORE??? 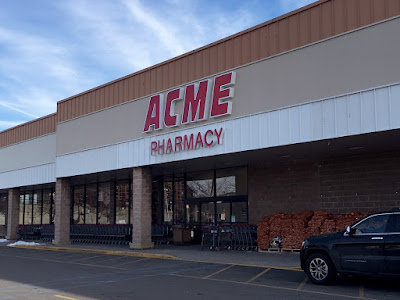 Starting off with a quick rundown of the history of this store, which has been given in some previous posts... this location opened as a Waldbaum's in the late 80's and was later rebranded an A&P with virtually no changes made to the interior. In fact, the interior remained virtually untouched until the "fresh" remodel in the mid-2000's. The only change to the décor over those years was the removal of the department signage in favor of painted murals that looked like they were made by grade school kids. The overall atmosphere was far more 70's than 80's and by the 2000's, the place felt incredibly dated.

I shopped here often throughout the 2000's and was baffled by the lack of a remodel especially with the Newport area booming with redevelopment. A&P finally came to their senses and rolled out an extensive floor to ceiling "fresh" remodel. I believe it was done in 2006 or 2007. After the grand-reopening, business here when through the roof! I actually had to stop coming here on the weekends since the place was absolutely nuts. Reviewers on yelp often sited A&P's high prices but preferred shopping here over the nearby ShopRite since the store was so much nicer.

Well times have certainly changed since then. ShopRite opened a new location in Hoboken and Target, directly behind the A&P, received the Pfresh remodel significantly expanding their grocery offerings. Both stores siphoned off a good amount of business from the A&P fresh.

In 2015, Acme took over the A&P fresh with a minimal amount of improvements on what had become a pretty tired store. New lighting in Produce and all new registers along the front-end were about all Acme could muster. Such a shame since this place is not doing anywhere near it's potential buisness. The Jersey City ShopRite is a dreadful store and any competitor with a clue could easily win over a decent amount of their shoppers. Why Acme hasn't done a floor to ceiling remodel baffles me all over again. So let's take a closer look... 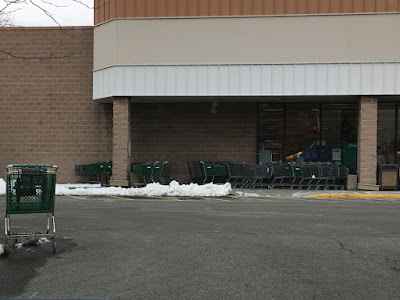 Hey, cool... some old Acme carts! But wait, what are they doing here? Couldn't Acme spring for more new carts instead of bringing in two rounds of older models? This scene reminds me of the Acmes in the 80's. All sorts of random styled carts strewn all over the place. 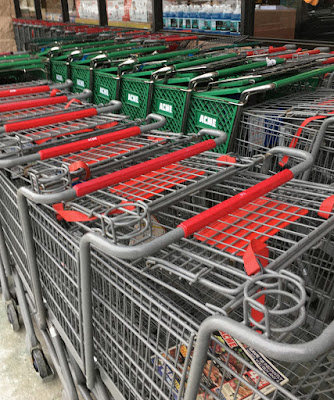 Acme's newest model of carts in front with the older green carts in the next row. 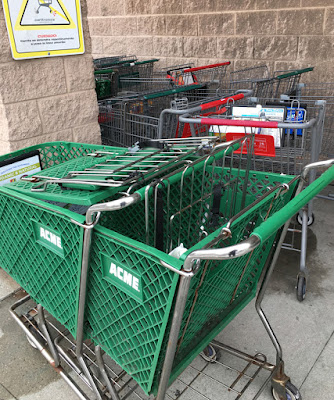 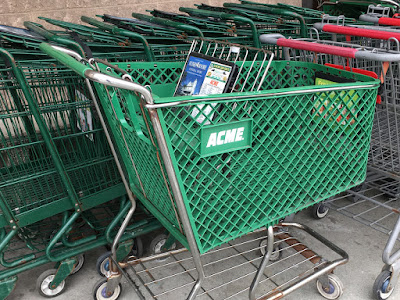 You can see some all-metal carts behind this plastic basket model. 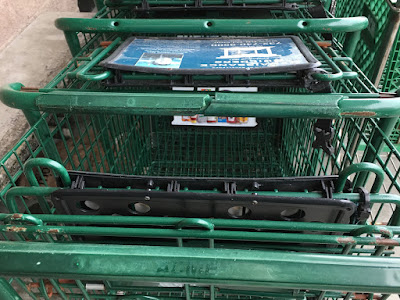 Really worth saving these and hauling them all the way to Jersey City? 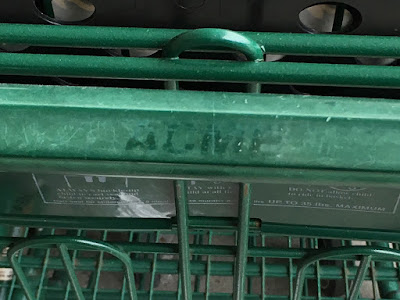 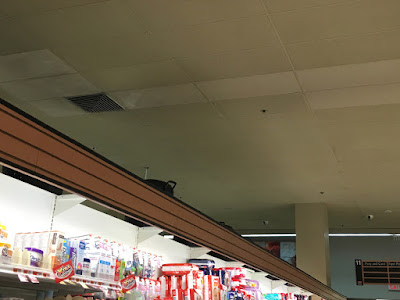 Every time I come to this store now I always think about how dirty it is before I arrive. Once I step inside, I realize it's actually not dirty at all. Well, with one exception... the ceiling. It is awful. I believe most of the tiles are a holdover from the Waldbaum's days with A&P painting them beige for the "fresh"remodel. Why Acme hasn't ripped the whole thing out and replaced it by now... baffles me. I also think they should move all the lighting to the ceiling and brighten the place up. 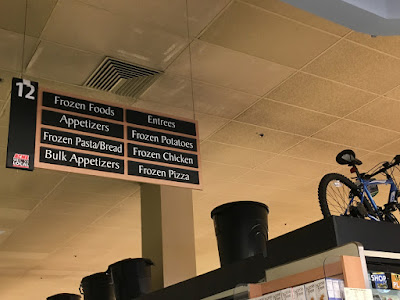 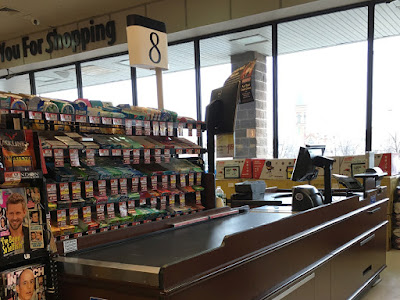 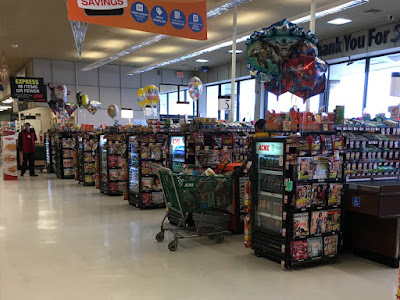 Saturday and not much going on. They did have four registers open which is an improvement over the two they usually have going at this hour. Had I taken this photo back in the late 2000's, you'd see a sea of shoppers waiting in line. 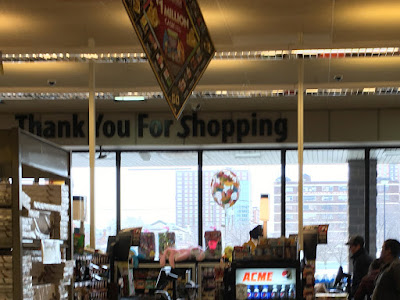 Still no Acme sign at the end of "Thank You For Shopping".


NEARBY SHOPRITE AND BJ'S
TO CLOSE??? 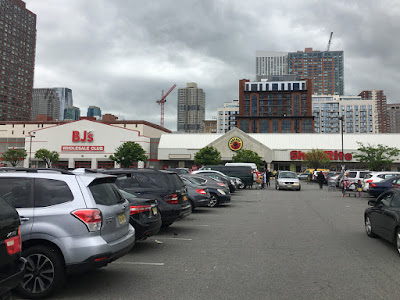 The shopping center which is home to the ShopRite and BJ's is scheduled for total redevelopment. The initial plans show no place for either store. The property was to be separated into multiple blocks with smaller retail stores. The Pep Boys has already been torn down and replaced with a giant tower.  Public outcry over the potential loss of ShopRite lead to the developers claiming the store had been worked into new plans but those plans have yet to be revealed. There is speculation that if ShopRite remains here, it may eventually be torn down and rebuilt which would be a huge boon for the Acme. They could win shoppers over and keep them even after ShopRite reopened since no amount of redevelopment here can save the nightmare parking situation. For a look at the original plans for this shopping center, check out JerseyDigs by clicking here.
Posted by Acme Style