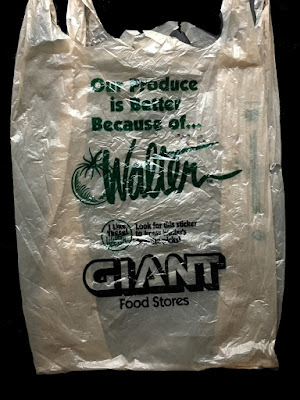 Came across this while digging through some things I've had in storage for many many years. This bag dates back to the late 90's, an era when Giant of PA was the greatest supermarket in the world! The whole "Walter is picking our produce" campaign was an undeniable dud. Billboards went up all over the place announcing the arrival of Walter with no further details in an attempt to build suspense. It was eventually revealed that "he" was now selecting and approving the produce for Giant. I could have cared less. Never did notice a difference or improvement in Giant's already excellent produce. The whole campaign was absolutely ridiculous and, in my opinion, one of Giant's only missteps in the 90's. 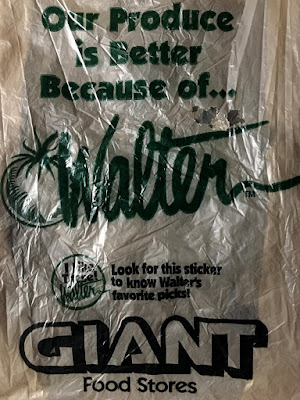