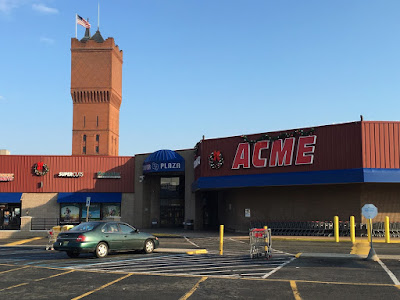 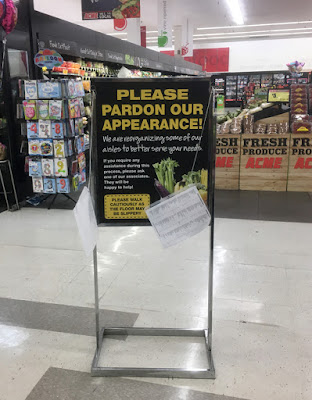 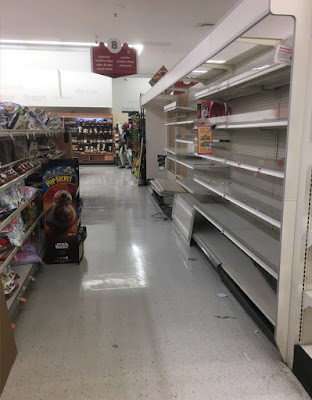 I knew this day was coming sooner or later and so far I'm hating every minute of it. Acme is really switching this store up compared to other resets they've done in the area. Household products are all getting moved from the first few aisles to the opposite end of the store. Hard to tell yet where everything else is getting moved to at this point. The store is a mess. No signs of a décor swap and I suspect on won't be coming anytime soon. If Acme isn't bothering to fix up the dingy Jersey City store (more on that tomorrow), why would they put any money into this place, which is one of the most consistently clean grocery stores I have ever shopped in. Then again, a décor swap would be super easy here since the store doesn't need any other upgrades. A&P renovated every inch of this store, from floor to ceiling, back in 2012. Both Pathmark and Acme have managed to keep the place in pristine condition ever since.

Update: I'll be posting an update on the Jersey City store on Friday. The post didn't get finished for today. Also... a Bonus Store is coming on Monday!

Another update: I'll be posting an update on the Jersey City store on Saturday. Life just keeps throwing other things at me! Sorry to be such a messy blogger these days. 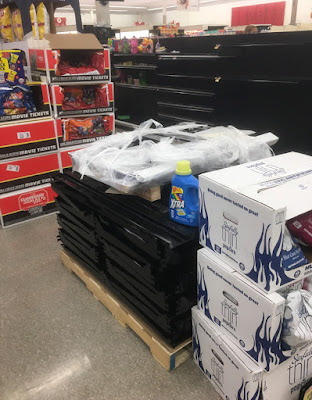 The seasonal aisle is getting some more shelving. All the half-high aisles on this side of the store have been built up a foot or two higher. The rear second half of this aisle is becoming a double wide. It looks like their putting in a designated health food department here but still hard to tell for sure. Black shelving is going in to the next aisle over from this one. One thing is for sure so far... the Weehawken Acme is getting TONS of new products on the shelves. Today I was shocked to see the new selection of organic powdered protein mix. Even bought some that was on sale! 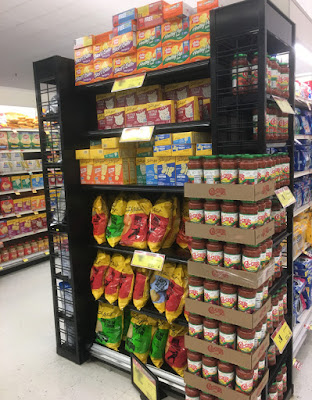 Acme's standard issue black end caps are being installed throughout the store. 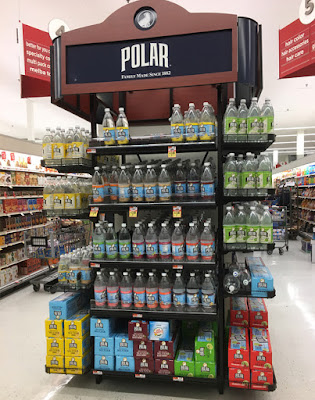 Loving the new Polar display! These seltzers are a regular item on my shopping list and guess what... Acme has them CHEAPER than ShopRite on a regular basis!!!
Posted by Acme Style