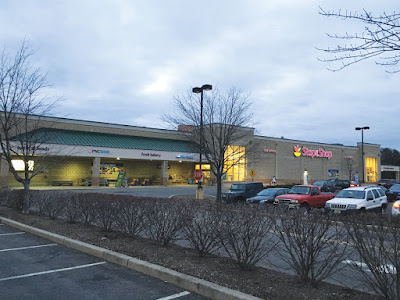 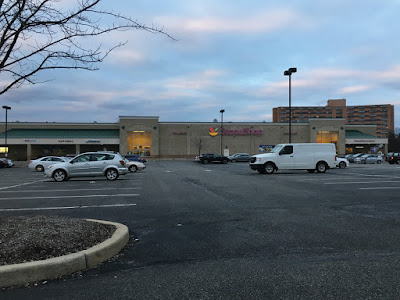 I've passed this store about a million times but never bothered to stop and check the place out until just recently. The property was once home to the Keyport Acme which opened May 14, 1957. Closing date unknown but the building was gone by 1995. The satellite photos seem to suggest the building was torn prior to concrete plans for redevelopment. 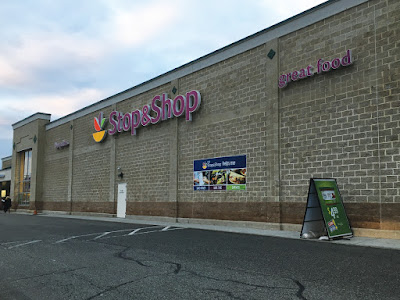 The Stop and Shop began its life as an Edwards in late 90's. The Edwards banner was unfortunately retired in 2000 and stores were rebranded as Stop and Shops which was a giant step backwards. I had shopped regularly at two Edwards stores and completely gave up on both when the switch occurred. 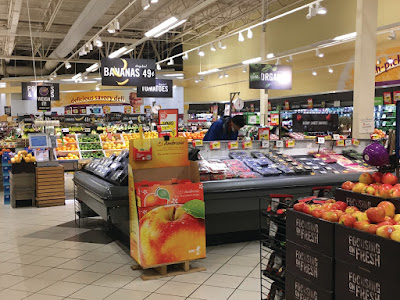 While the exterior of the store could not be less inviting and prison-like, the interior is very nice. Actually one of the nicest Stop and Shops I've seen with the original fruit bowl remodel. I've never been a fan of this décor package. It's painfully generic with absolutely everything in the store being either yellow or purple. The bold new black signage in Produce certainly helps breaks up the monotony of it all. 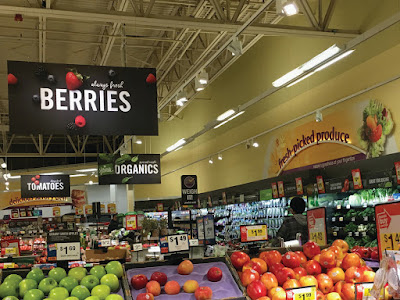 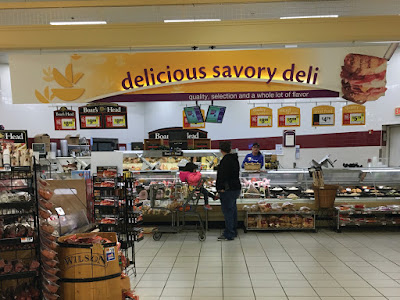 As usual, you won't be seeing a lot of people in most of these pictures but the store was very busy for a Saturday evening. 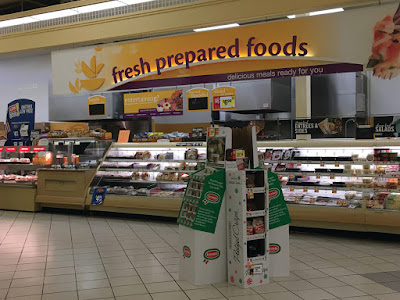 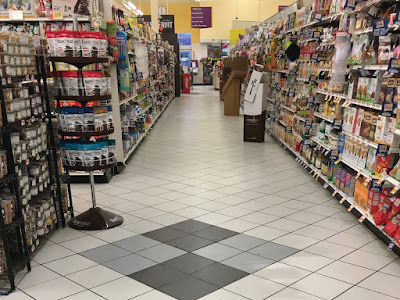 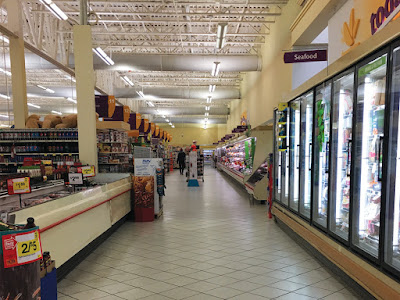 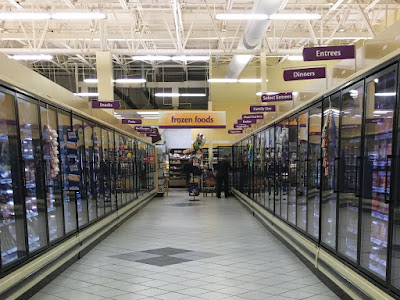 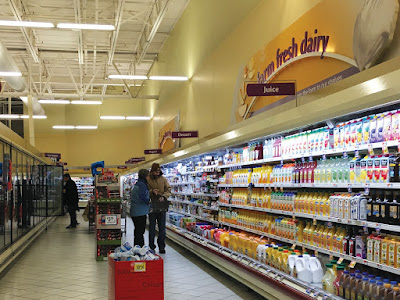 While I was here, I did some price comparisons to the items I buy regularly at Acme. Stop and Shop's prices were lower on nearly every single item. Regardless, I do prefer shopping at Acme. 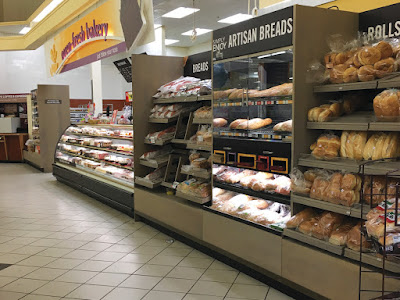 Upgraded cases in Bakery. Ahold chose a neutral color for these cases that would work well across all of its banners. I don't think it does. Why not chose a more inviting wood-grain look? That said, the Artisan Bread selection is quite nice with unique varieties and organic options. Self service too which is the route some Whole Foods are taking in their recent remodels. 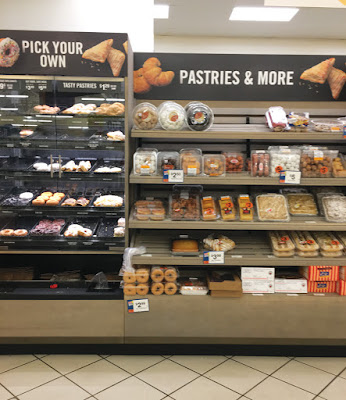 The "Pick Your Own" section has ben reduced with muffins being moved to stand-alone displays. 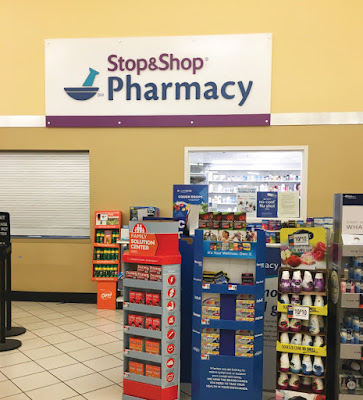 The Pharmacy is about as inviting as the exterior of the store. 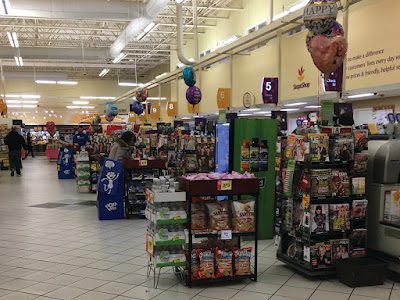 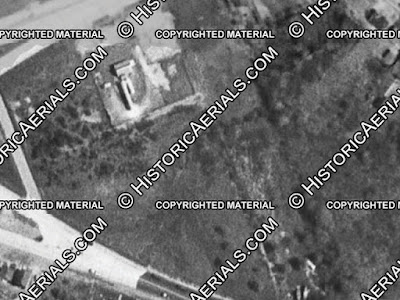 Switching up our usual journey through the historic aerials by starting with the oldest view first. The property was undeveloped in 1953. 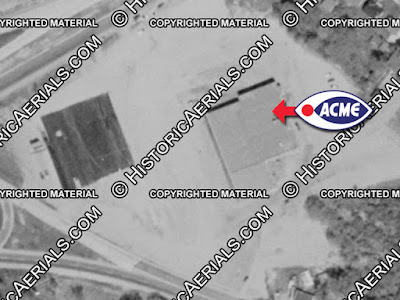 1957
The Acme is brand-spanking new here. No idea what the other building was. It's virtually the same size as this Acme. 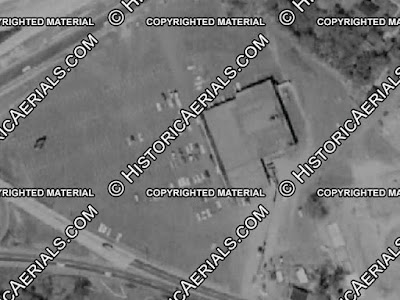 The building on the left had a short life and was gone by 1963. Looks like Acme added its giant sign which you can see on the left side of the photo. The shadow is more clear in some of the images below. 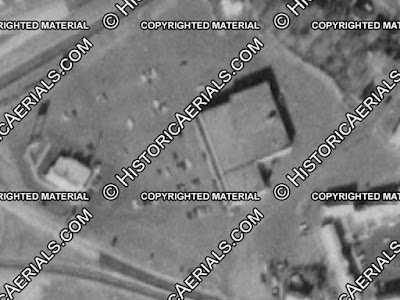 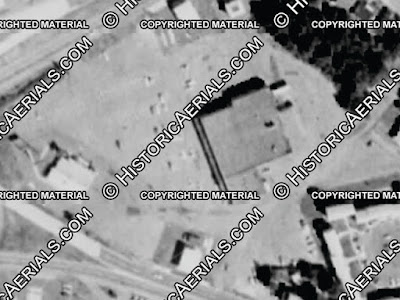 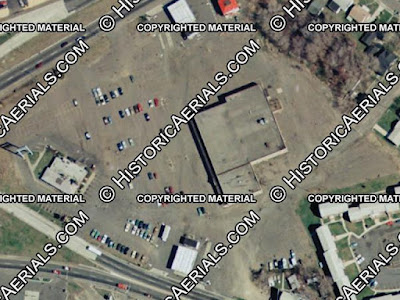 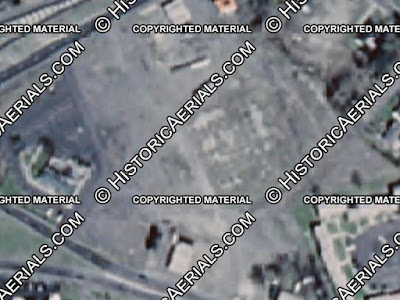 1995
The Acme was torn down by 1995. Looks like it was gone for a good few years by this point. The sign structure appears to still be standing. 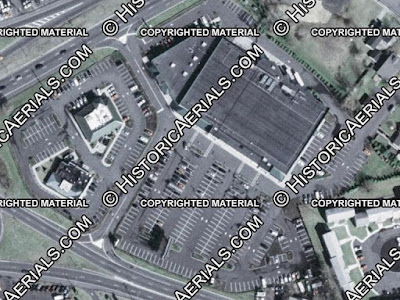 2002
Next available view is in 2002 where we see the Stop and Shop.
Posted by Acme Style