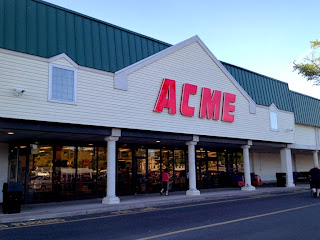 Work is underway at the Lawrenceville Acme! As previously reported on the blog, Acme has recently signed a long-term lease for this location and the shopping center is about to undergo a major renovation of its own. What is not happening here is a full-scale remodel. The somewhat tired looking Chalkboard Market decor is remaining in place. Seems like it would be rather easy to remodel this store from a decor perspective. Most of the cases have been updated in recent years and the floor is in relatively good shape. Perhaps a remodel will happen once work on the shopping center begins, which at this point, has yet to begin. 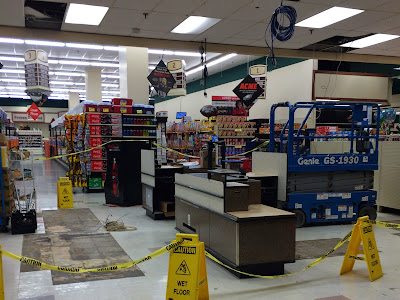 First "improvement" underway... removal of self-checkouts! Personally, I love self-checkouts so I don't see this as an improvement. The company is giving the standard explanation for this change by saying they want customers to have more interaction with the employees. It is generally believed that stores yank the self-checkouts out to curb shoplifting. As recently reported under September Discussions, Acme is removing the self-checkouts from all of their stores. 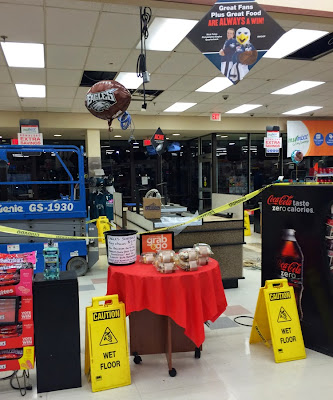 More views of the front-end under transformation... 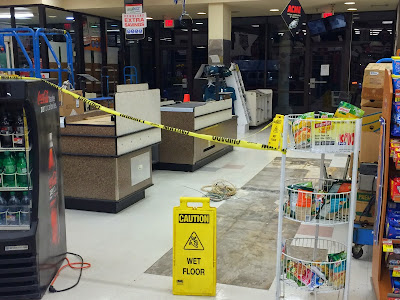 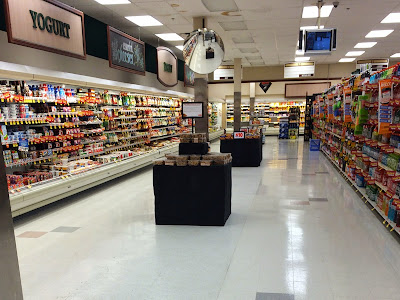 One huge change to happen here is the removal of the last grocery aisle. This change does make a big difference in the Dairy aisle which was once as narrow as could be. See below... 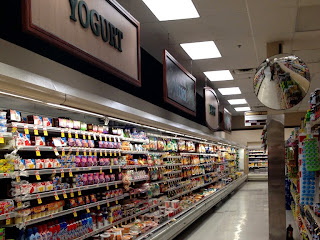 The last aisle used to be very tight. While it is great to now have extra room in the last aisle, the selection in the already smaller-than-usual-store must have taken a bit of a hit. To make up for some of the loss, 2 mini-aisles were added over in Produce for health foods and Heath and Beauty has been reconfigured for more shelving... 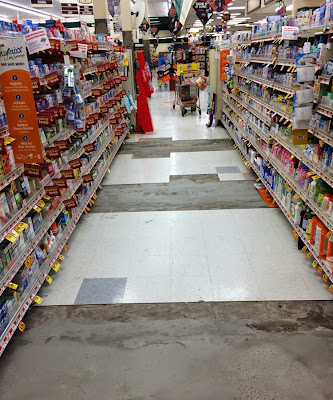 The direction of the aisles have been switched here. Floor tiles still need to be replaced. 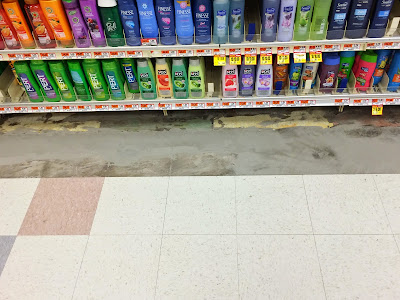 I believe shampoo was moved from the grocery aisles to the former "Vitamin Center", which you can see below. In the photo above, you can see some old tiles right under the shelve. They appear to form a checkerboard pattern as if they were left over from the 80's but they are alternating between blue and red which doesn't make much sense. 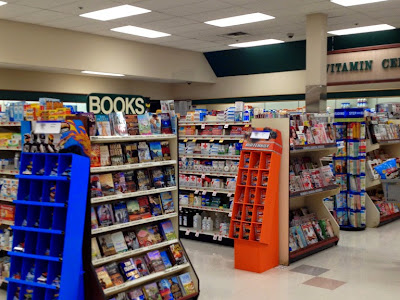 Above is a photo of how this area used to be arranged. 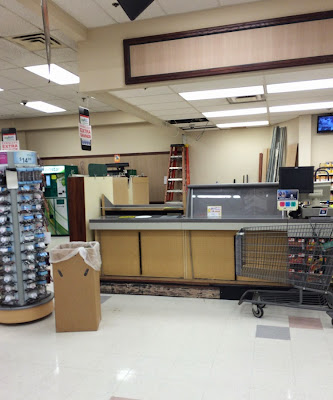 Looks as though the "Photo" portion of Customer Service is getting the boot. Couldn't quite tell for sure. In person, it looks like this area is being prepped for removal. 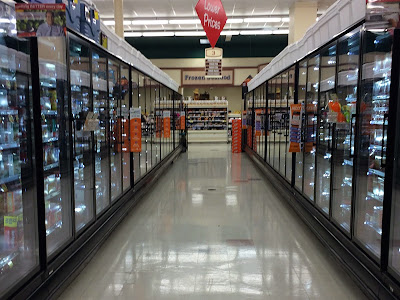 One final look at the deluxe Frozen Food cases. These have been in place for a while now. They date back to June 2013 when the store had it's full Acme Style treatment which you can check out by clicking here.
Posted by Acme Style