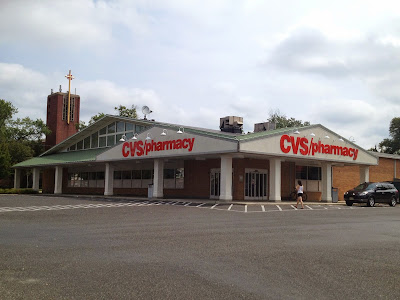 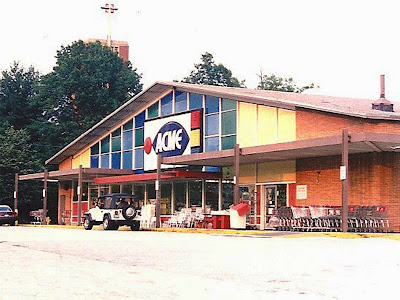 Today we're having a look at the former Haddon Heights Acme. The classic picture above has been previously featured on the blog but at the time I hadn't yet made a visit to the location. Certainly not a big surprise that CVS now occupies the building but it is somewhat of a surprise how intact they left the original structure.

The Acme opened on June 2, 1966 replacing an older store built in 1947 which was located on White Horse Pike (exact address unknown). The original store may have been located on this property to the right of the pitched-rood model. We'll see some evidence of this in the historic images. The building's store front could have been on White Horse Pike which intersects Kings Highway at the corner of this property. Ultimately, it's impossible to tell from the historic images if the original Acme was located here as well. I'm just going on a hunch. Hopefully someone will be able to confirm the address for us for the 40's store. 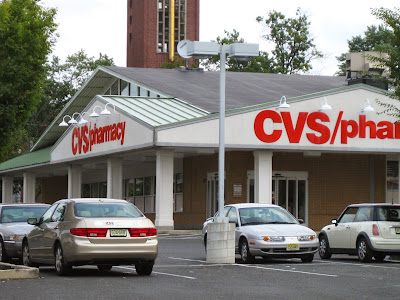 CVS added an awning and reconfigured the entrances. They also a put in a drop ceiling inside but left the front window exposed all the way up to the pitch. We'll take a look at that down below. CVS did a similar treatment to the former pitched-roof store in Yardville, NJ. 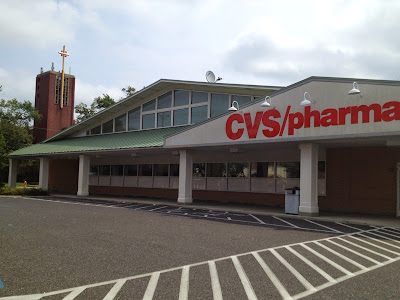 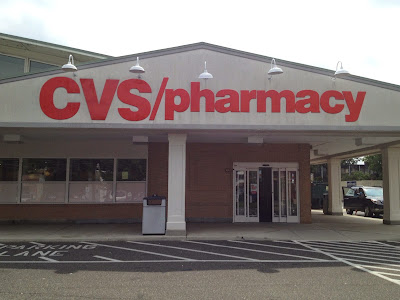 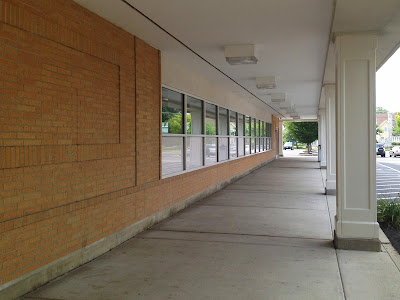 While the overall structure is very much intact, CVS has done a lot of work to the building. The front and right side has all new brick. 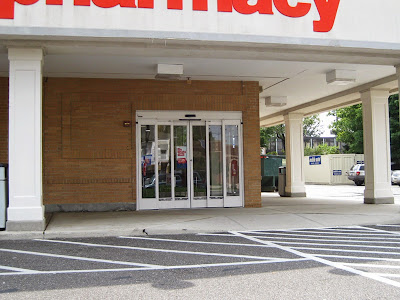 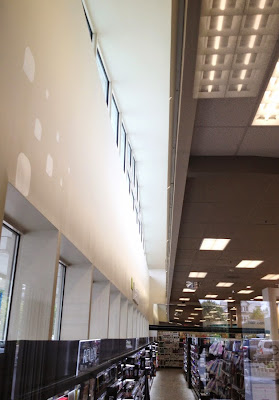 Looking up at the windows from the inside... 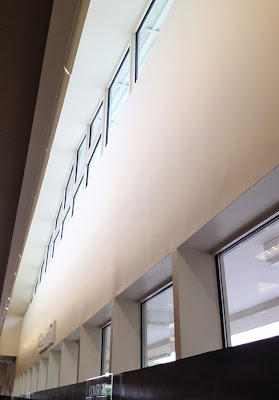 This also happens to be a very upscale CVS. Easily the nicest CVS I've even been in. The store is quite large too as it doesn't share any of the space with another retailer. Unfortunately, I didn't take any additional photos of the interior. 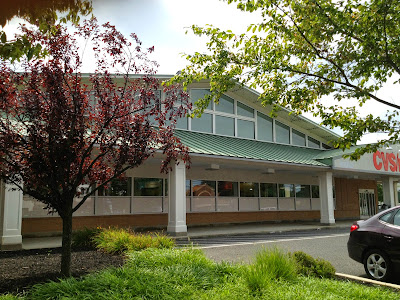 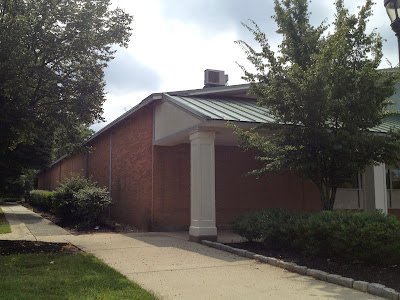 The original red brick is seen along the left side and back and about 2/3 of the right side. 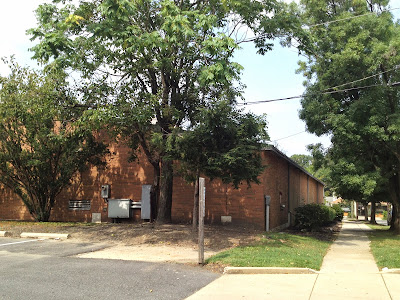 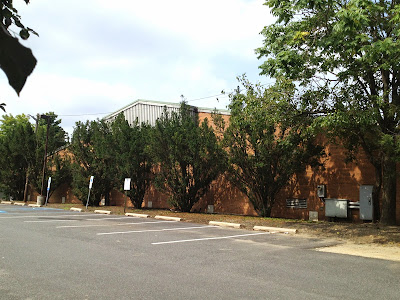 Trees obscure our view of the back of the store. We'll go in closer for a look at some scars... 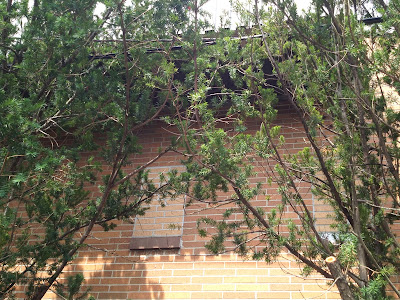 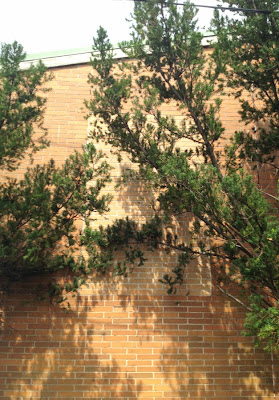 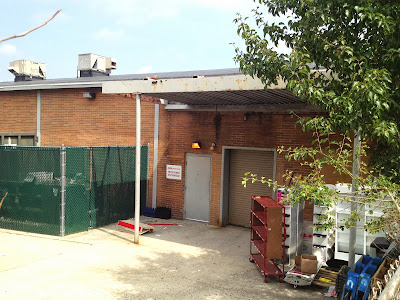 Since the back of the store backs up to a parking lot, Acme's delivery doors when on the side of the building. 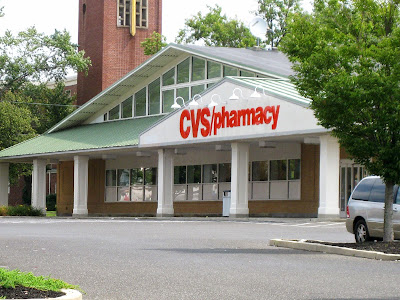 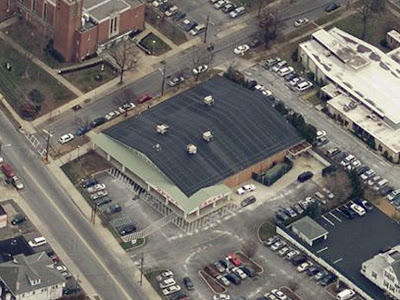 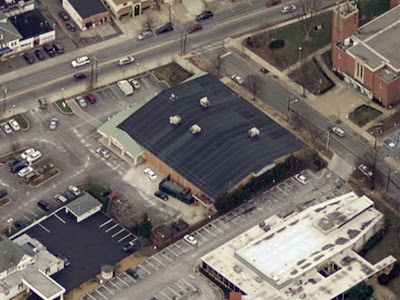 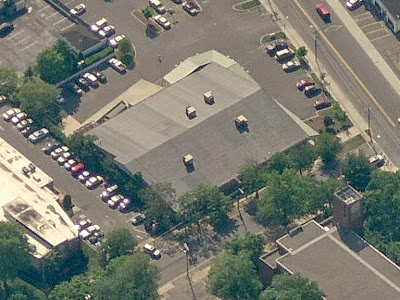 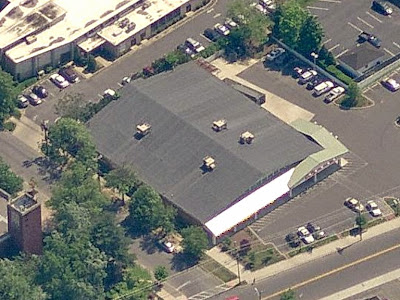 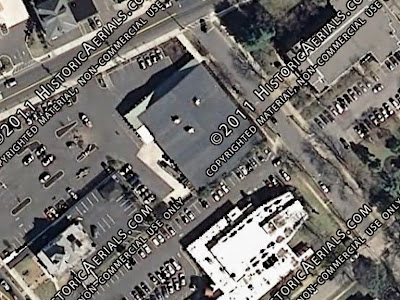 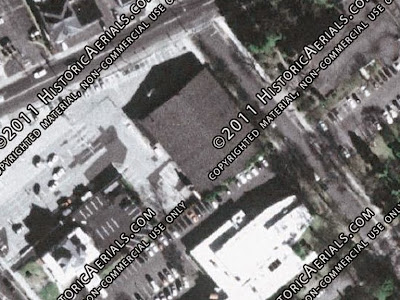 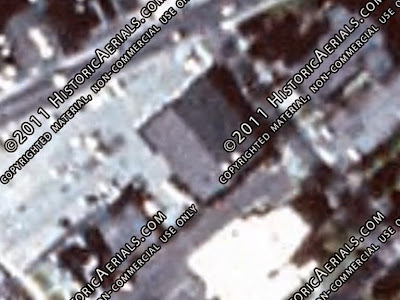 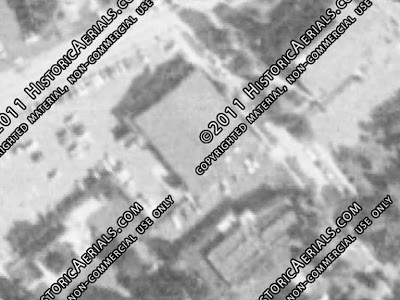 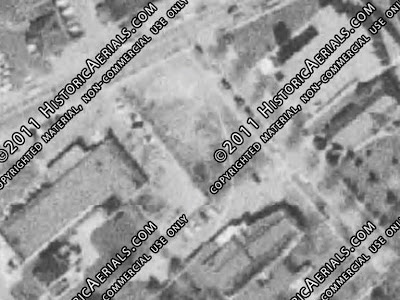 1965
The pitch-roof store had yet to arrive in 1965 but we do see the other building on the left that may have been the first Haddon Heights Acme. Some additions had been done as you can see when you compare the building to the photo below.

Update 9.24.14: Bill Haines confirmed it in the comments... my hunch was correct! The building seen above is the original Acme from 1947. 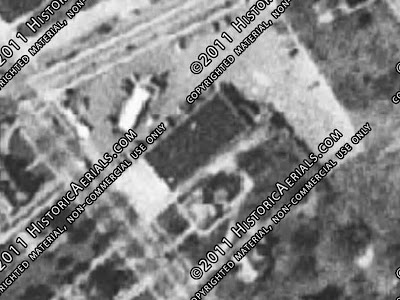 Could this have been the Acme built in 1947?

The Acme fish-eye sign tragically painted over in black shortly after the store closed. 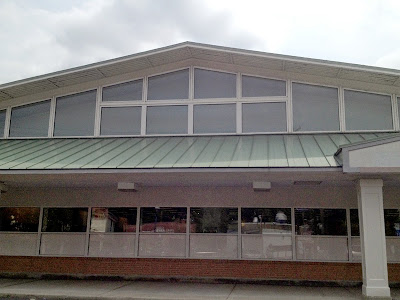 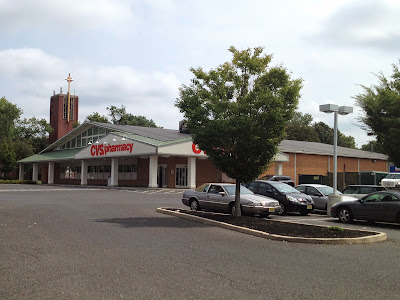 
This was a very busy active Acme even though there were other grocery chains in the area. Community was very established and Acme abandon it. I don't think former customers were rushing over to the one in Audubon. They had competition from Pathmark in Lawnside which closed and was taken over by ShopRite recently.
Posted by Acme Style