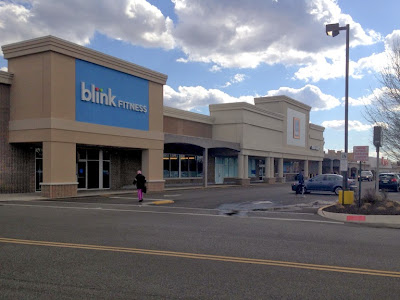 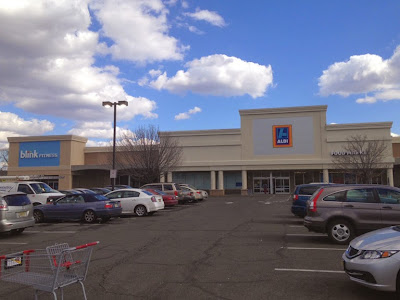 The former A&P of Lodi, which also happens to be a former Acme, has been converted to an Aldi and Blink Fitness. A&P closed here back in 2010. Business took a big hit when a newly built ShopRite opened just down the street. 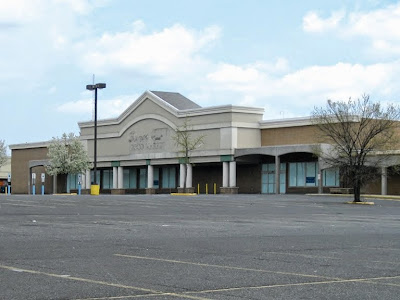 Shoprite was a major factor in the stores decline. For the full before and after post of the Lodi A&P, please click here. I recall being set to close one other time while I was working there. Every item in the store was pretty much gone,shelving semi taken down, most employees transferred to other stores and we just kind of hung around and waited for the last day to come. The store was slated to become a food basics (which probably would of done great in the lodi area)and at the last minute something changed and we got a call from the district manager saying that we were staying open. I dont remember if after bringing all the merchandise back in we updated the store at that time, but we did have a grand re-opening etc. 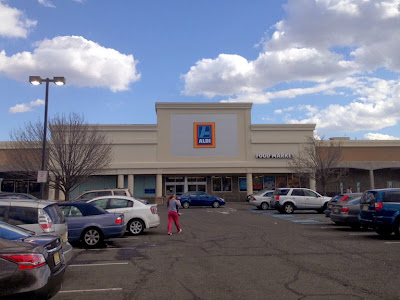 Aldi has relocated the entrance to where A&P's exit was located. A&P's former entrance appears to be walled over. I'm assuming Aldi extends all the way over to the right. It looks as though there may be an additional store front not yet occupied to the left of the Aldi. You can compare the picture above with the abandoned A&P below to see what changes have been made. 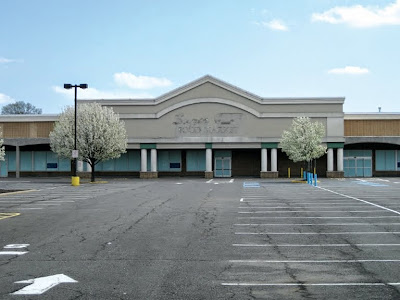 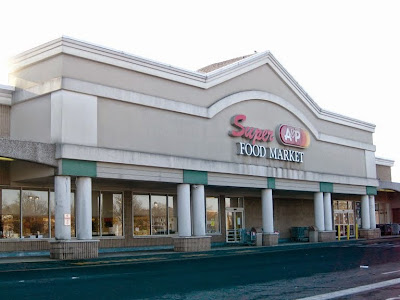 One final shot of the A&P while it was still open, taken in early 2010. For the full post on the Lodi A&P, please click here.