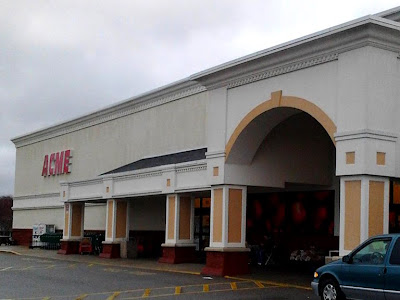 Got another 3 for 1 deal for everybody today thanks to Ben and his continuing coverage of the Delaware and Maryland stores. Today we'll be checking out 2 stores and 1 former store in Maryland. The first...  the relatively new store in Centreville which opened in March 2003. Doesn't look like much at all from the outside. The dreary weather isn't helping things either. What's even more surprising is the interior... a decor package not yet seen on the blog and certainly one I have never come across. This may be a one-of-a-kind. One would hope anyway. 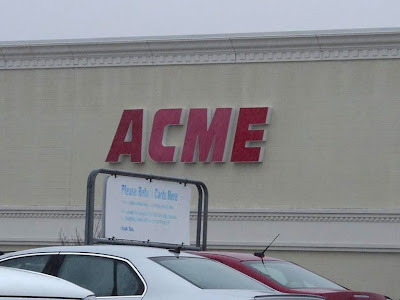 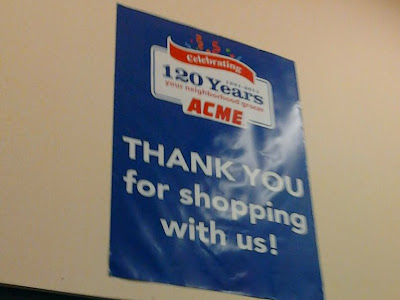 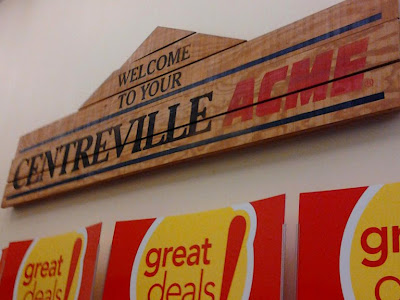 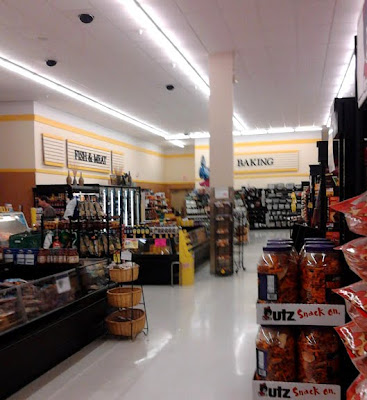 Looks like we time warped back to the 70's. Could make someone wonder if the store was built by another chain which bailed at the last minute. That isn't the case... the store was in fact built as an Acme. It's odd to see such low-end decor at a time when Alberstons was taking Acme in a higher-end direction. 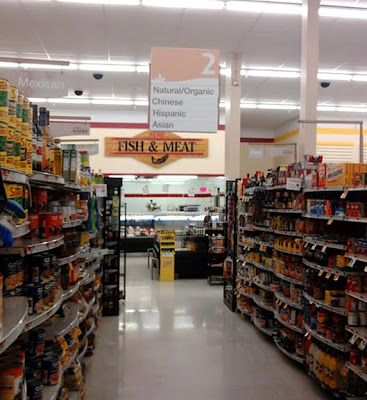 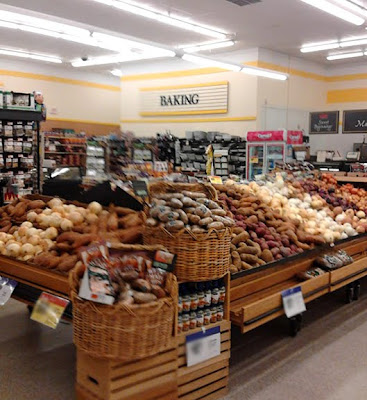 Reminds me of Pathmark's department signage of the early 80's... but less modern. 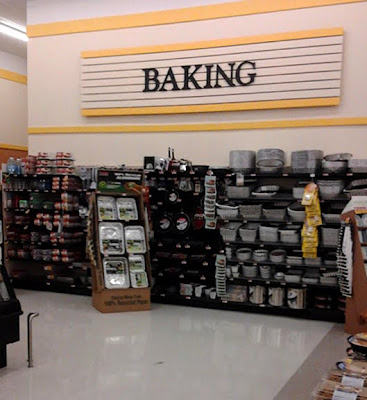 Rare to see baking supplies get their own signage like this. 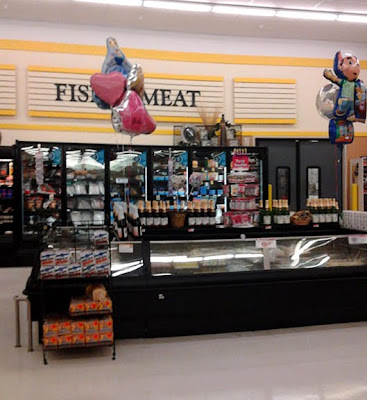 Full service meat and fish is to the left of the cases. 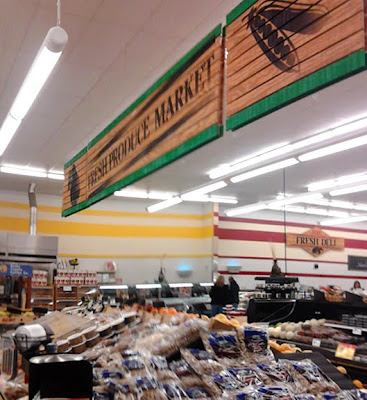 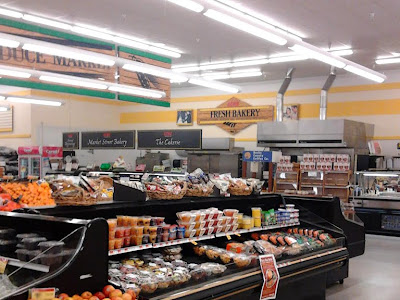 Something very interesting that Ben noted... the service departments are not tucked under drop ceilings. They're fully exposed to the store creating more of a warehouse type environment. Strange though that the ceiling is tiled with old-school fluorescent tube lighting... creating a very unlike warehouse feel. 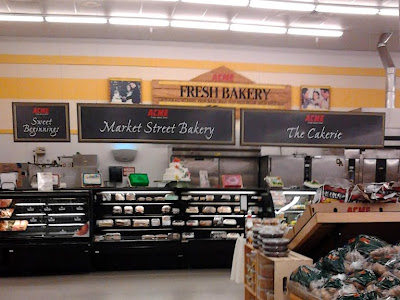 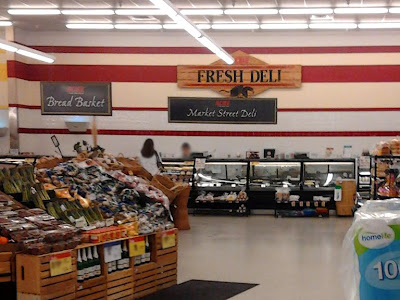 Very little variation of the floor tiles throughout the store. 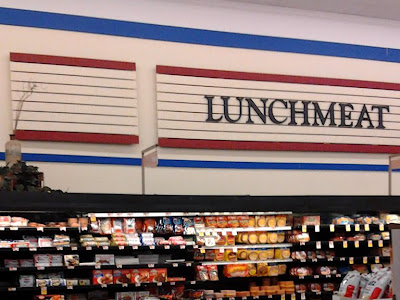 This looks more like "the uglier the better" style of ShopRite. 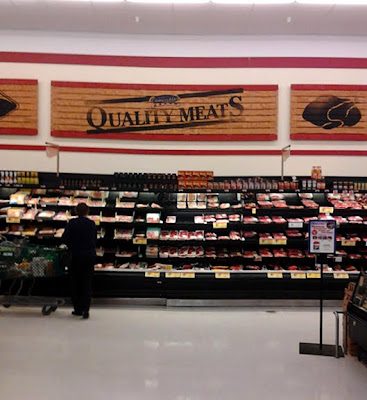 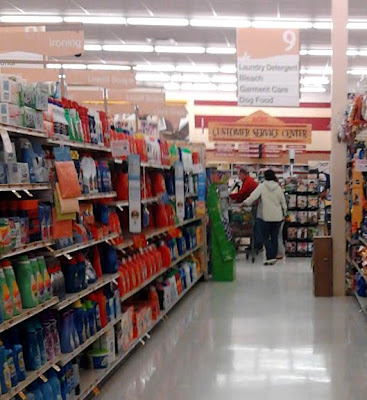 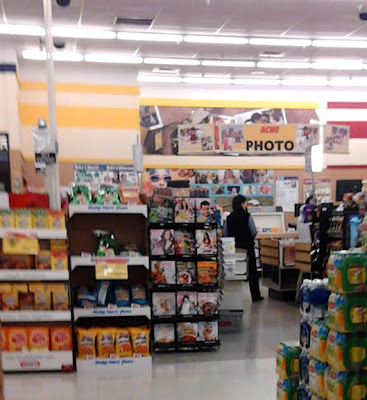 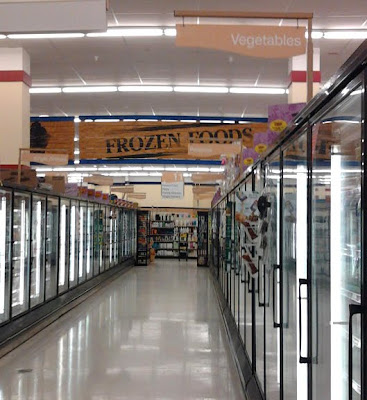 The wood paneled signs are pretty cool but seem more appropriate for a discount store environment. 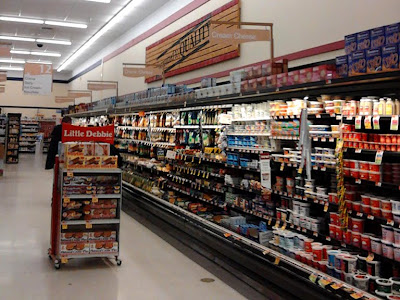 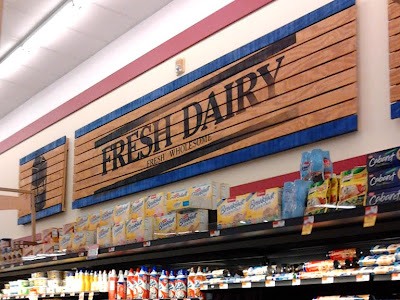 This store was built in the "Albertson Marketplace" and "Acme Theme Park" days. Can't imagine why it didn't get one of those standard packages. Has anyone seen this decor at any other locations? 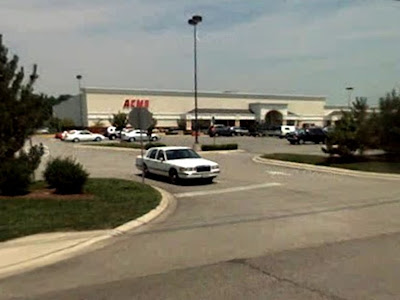 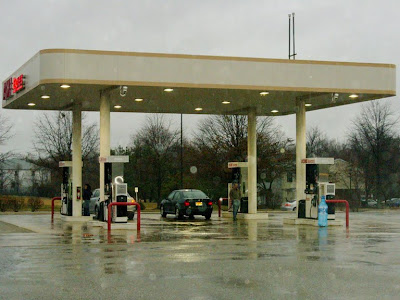 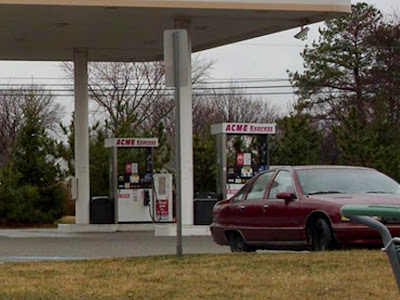 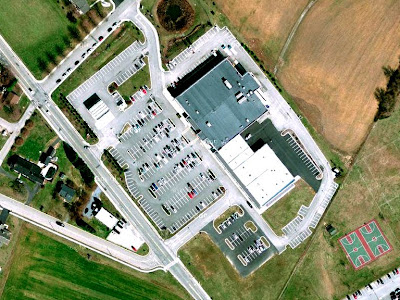 Aerial shots are very limited for this location. Bing Maps does not have close-up views. 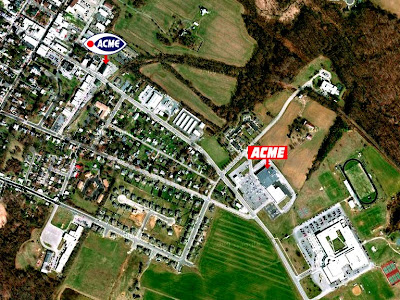 The former Centreville Acme was located at 211 East Water Street, which turns into Railroad Avenue. The new Acme is a 1/2 mile from the old. The High School is located just beyond the Acme. 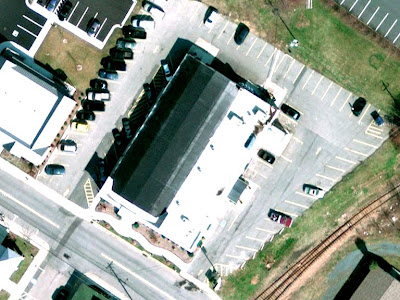 I believe this tiny store, with it's 4 aisles and 3 registers, made it well into the 90's. Did it remain open until the new store was built? I seem to think it closed years before the replacement store opened.

This photo is from Gary's collection over at DC Grocery. There used to be several pictures of this store on the web years ago. This is the only one I was able to find now. Google Maps gives us some nice views of how the building looks today...

Very nice repurposing of an old Acme. Check out the Acme sign post still standing over to the left. 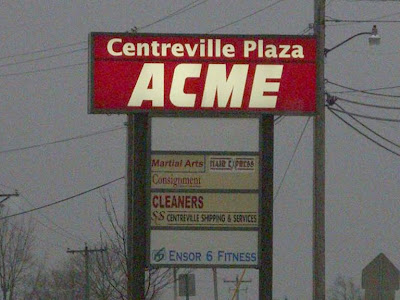 I'm hoping to be adding some updates to todays posts as information comes in from those familiar with the Acme scene in Maryland.

Update: 3.21.11: Since this post went up, emails have come in and comments have been posted with additional details of the history of the store. I've compiled some of the info to add here to help complete the story of the Centreville store.