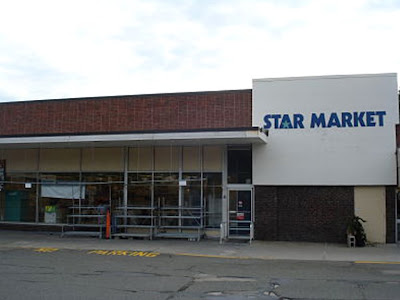 Photos of the Wellesley Star Market courtesy of The Swellesley Report

Well, not quite cousins, but the two chains have shared several connections over the years. Star Market got it's start in 1918 in Watertown, Massachusetts. By the 1940's the chain had grown a significant presence in the Boston area with modern conveniences not yet found at it's competitors. In 1964 Star Markets merged with the Jewel Tea Company which was eventually acquired by American Stores in 1984. Acme and Star Market remained under the same corporate umbrella until 1994 when Star Markets was sold to Investcorp, severing the ties between the two companies. In 1999, Star Markets joined up with Shaw's which began to phase out the banner.  In 2004, Shaw's and Star Markets were acquired by by Albertsons, reuniting Acme and Star Markets within the same company. In 2006, SuperValu acquired all the companies above. (Thanks to Wikipedia for being the only source on the web to tell the convoluted story of Star Markets.)

Interesting to note as well, Wild Harvest foods got it start at Star Markets. Albertsons rolled out the brand to it's banners, including Acme, in the early 2000's. 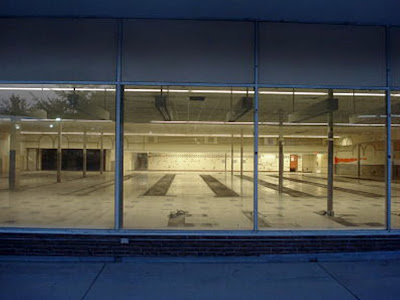 Take a look at the interior of the Wellesley Star Market. Look familiar? It's a slightly modified version of the Checkerboard Arch decor package used in Acme back in the early 90's. Here, the checkerboard is limited to the back wall of the service departments. I came across these pictures of the Wellesley store on The Swellesley Report as I was researching Star Markets a few months ago. I knew the two chains had a connection but was surprised to see how closely they were related. 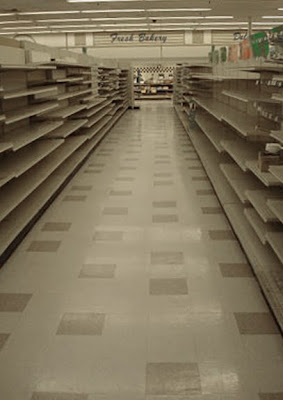 Service departments here were done with the cursive font. Most Acmes had only the Bakery department done in cursive with the rest of the store done in block letters. Here you can see the flooring that would have gone into Acme stores with this package. Acme opted to leave the relatively new 80's checkerboard pattern in place in remodeled stores. (Manasquan went so far as to keep it's 70's floor when it received this remodel.) You can tour Acme's Checkerboard Arch decor by clicking here. 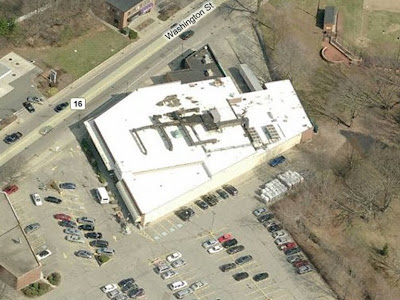 Oddly shaped building. The darker roof section out on Washington Street was a Chinese restaurant that has since vacated the property. This location if currnetly undergoing an expansion and is being transformed into a Whole Foods. 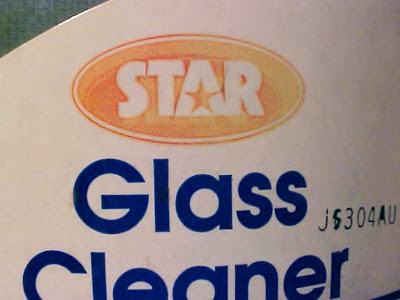 This image was sent in way back when I first started the blog. It came in from an Acme fan who has been supplying us with some very interesting images over the past 2 years. How about that logo... the Acme's oval with the old Star logo inside. Clearly from back in the days of American Stores running Star Markets.

The most recent Star Market logo. Shares the same font and similar design with Shaws logo.

The two stores pictured below were among the locations in the Boston area to be rebranded "Star Market" after the conversion to Shaw's proved to be less than successful.... 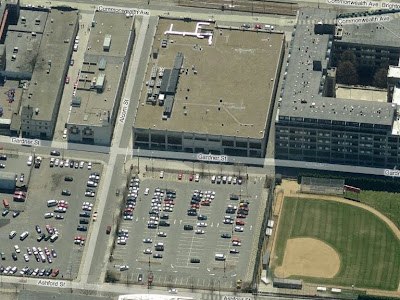 Tough to see here but the Star Market logo is on the upper left hand corner of the center building. The building take up the whole block with the parking lot across the street. 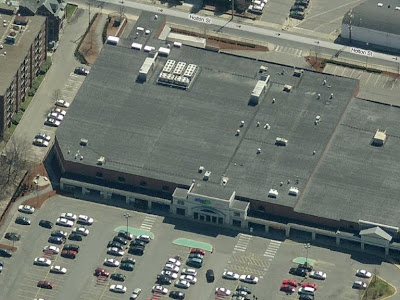 The Brighton store shows up on Google Maps as a Shaws. The switch back to Star took place in 2008. 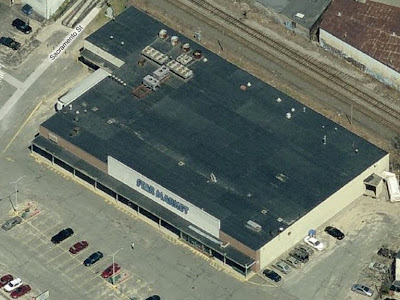 I believe this to a rare sight... a Star Market still in bussiness with the old logo on front. It's hard tracking down exactly how many Star Markets exist today. Appears the number is in the 10 to 20 range. Would have been less if Shaws hadn't reverted some of their stores back to the their Star Market origins. 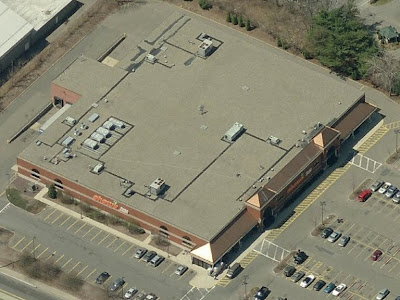 Check this out... looks just like an Acme from the 90's! This location was originally a brand new Star Markets but has since been rebranded as Shaws. Click here to see a model of the store prior to it being built. The image is included on the portfolio page of the Patterson Architects, Inc website. 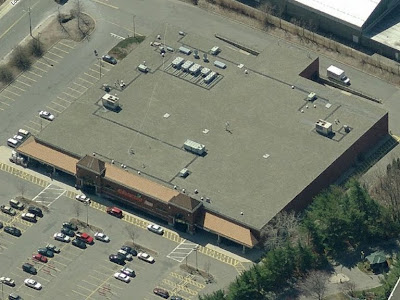 Not a lot of cars at Shaw's. A brand new Stop and Shop just a few blocks away appears to draw much bigger crowds. 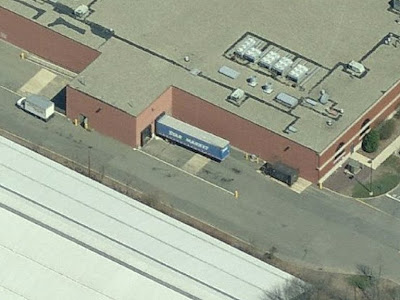 Star Markets branded trailer at the back of the store.

• Check out the brand-new Star Market of Chestnut Hill!