This store has been on my wish list for a quite a while now. I had entertained the thought of driving down to check it out mainly to see one of the most Ultra-Deluxe Checkerboard Arch decor packages to have ever existed. Good thing I didn't make the trip as Ben's pictures unfortunately confirm that it has been removed. The store currently has a bare-bones version of the Albertsons Marketplace package.

The Stevensville Acme is a classic late 70's early 80's "33M" store. I do not have an opening date for this store. The layout is nearly identical the Jersey City store which has a slight variation of the standard floor plan. Produce in both stores is/was located in an alcove just inside the entrance rather than lining the entire right wall. Dairy is located along aisle 1 rather than it's usual location along the building's left wall. The exterior remains virtaully unchanged aside from the updated sign and green paint job that was done  in the 90's. 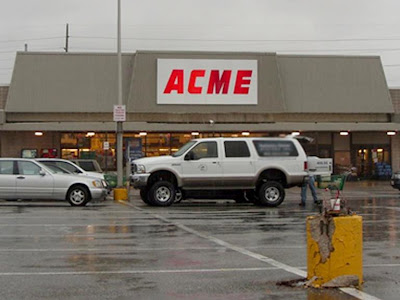 I'm glad to report that Ben kept a safe distance from this busted light stand with it's exposed, soaking wet wires. Besides being quite an eyesore... this cannot be a very safe situation, even if there is no power going to it. 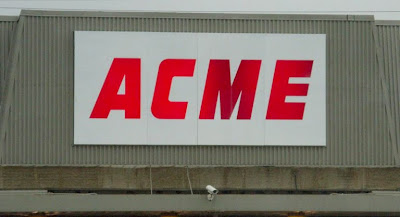 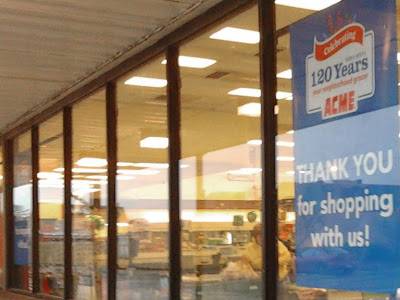 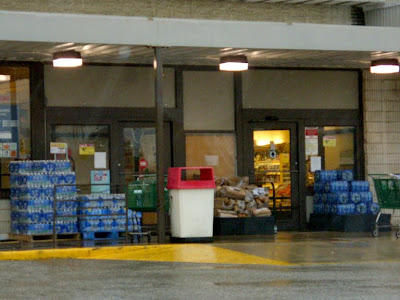 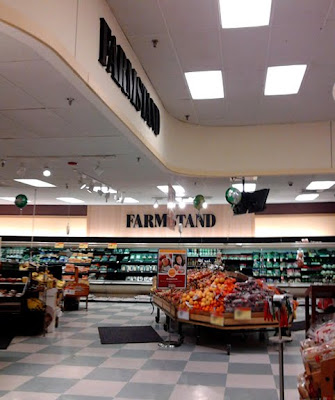 80's checkerboard floor remains as does many of the 80's cases. The Bakery appears to have received significant upgrades which is unusual in older stores like this. It's more often the case that the bakeries are phased out and their floor space is used to sale and seasonal items. 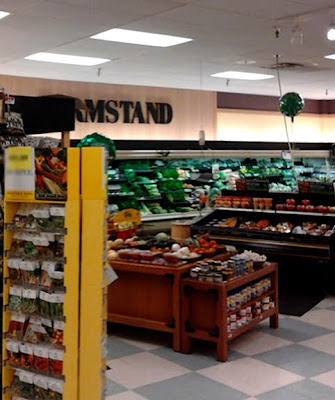 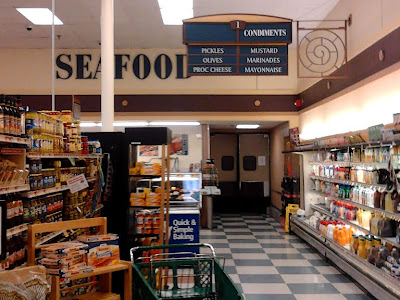 Aisle 1 with Dairy to the right. Looks as though full-service Seafood is still in operation here. 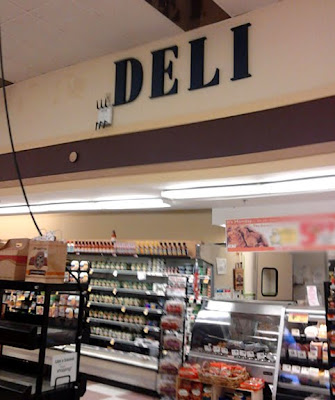 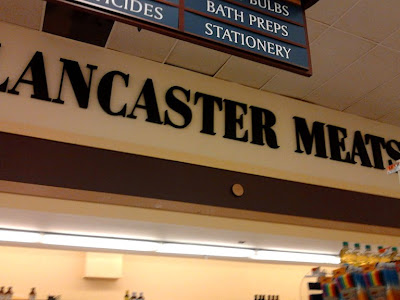 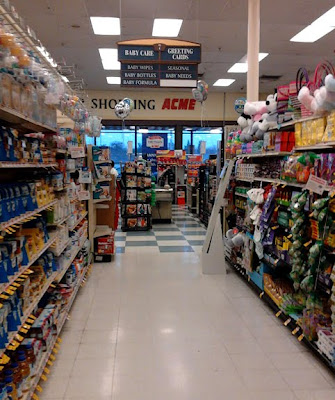 They may have skipped re-tiling the aisles during the 80's remodel. The tiles seen here look to be in worse shape than those around the perimeter. 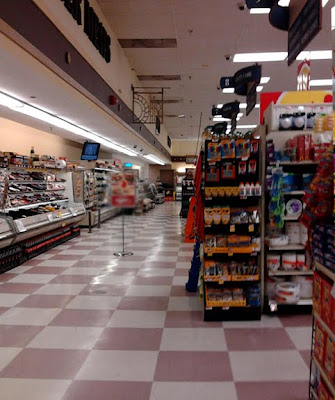 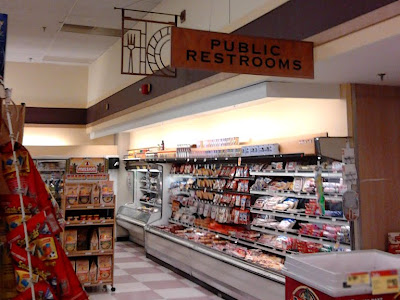 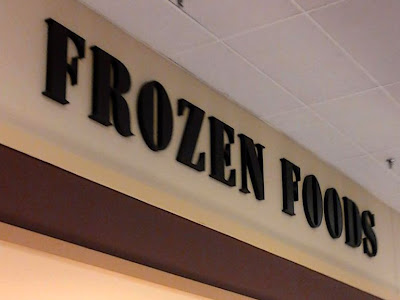 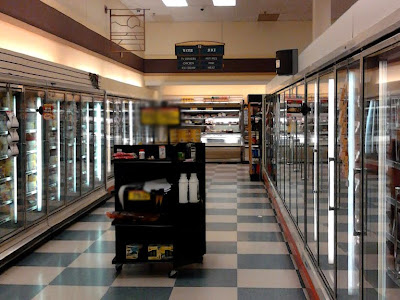 The lighting along the walls is left over from the Checkerboard Arch decor. Blue light boxes used to hang over the frozen food aisle. 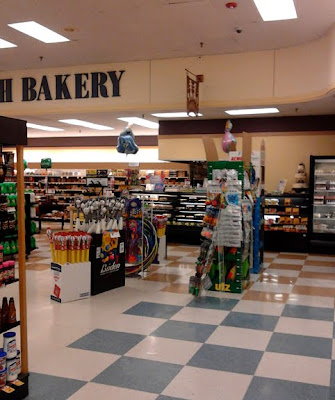 The Bakery looks to be the only department to receive significant upgrades since the 80's remodel. 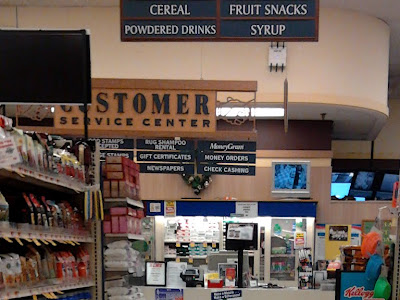 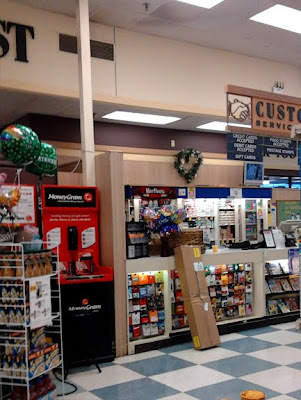 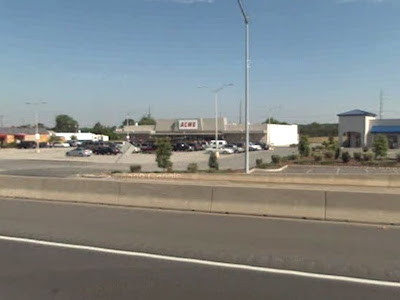 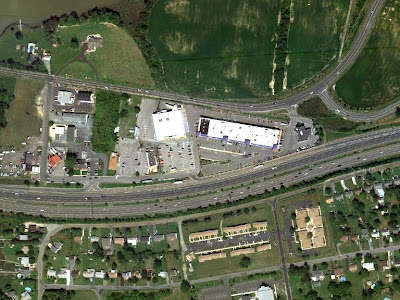 The store is technically located on Blue Star Memorial Highway. 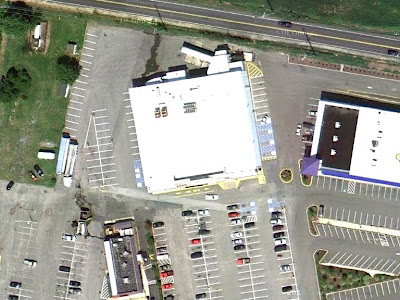 No room for expansion here. This may have been a replacement store for a former Acme that once existed in this shopping center. 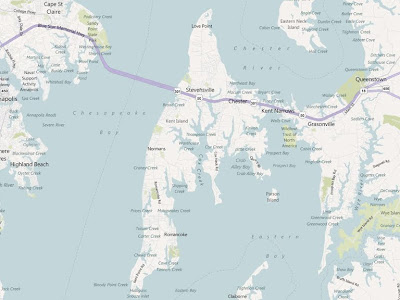 Kent Island is pictured above. The Acme is located just under "Stevensville".
Posted by Acme Style