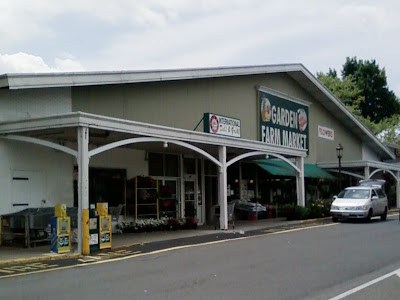 Here is a lucky find! I stumbled across this store completely by accident. Not even sure now where I was headed to but it was a day without my GPS and I spent most of it lost while trying to track down some abandoned Acmes. This former Acme is located on West Trenton Avenue and North Pennsylvania Avenue in Morrisville PA. A replacement store is located about 10 blocks away on the very same street.

The big question here was... "Will the Acme sign still be on the inside?" It sure was! 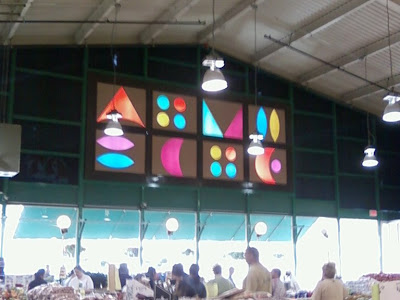 Used my cell phone for these pictures so the quality is lacking a bit. But check this out... they left the Acme sign up on the inside. And it looks especially dramatic with the windows around it now covered up. 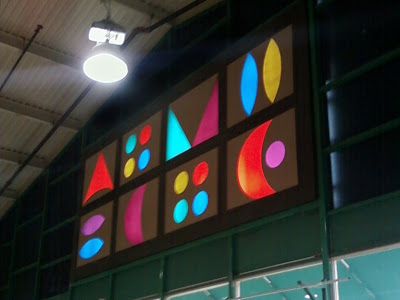 The bright light on the ceiling is a bit of a buzzkill. But still... an incredible sight... well for me anyway. 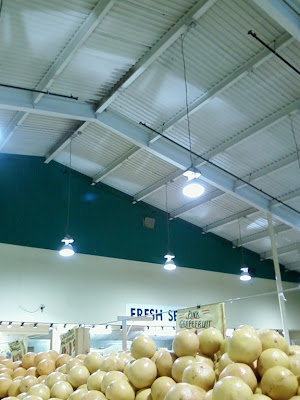 Here's a look to the back of the store. Still very Acme-like inside. The place was packed with shoppers and employees so it was tough getting pictures. The store is aisles and aisles of produce with just a small selection of grocery staples. 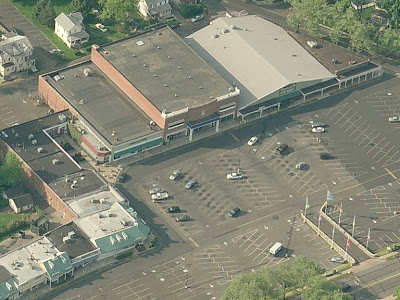 Here's an aerial shot of the shopping center. Notice how the store is cut off at an angle in the back due to the road. Must have been tough with deliveries. Very little space for trucks in the back of the store. Interesting building there in the middle. Looks like it might have been some sort of department store.

UPDATE 7.30.09: Turns out the store in the middle was a department store... Lit Brothers. The chain was based in Philadelphia and was a lower end version of Gimbles and Strawbridge & Clothier. The chain closed in 1977. Thanks to an Anonymous reader for tip! 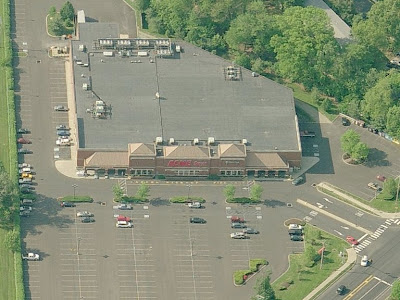 Here is the replacement store for the old pithced-roof model down the street. Located on West Trenton Avenue at Route 13. Sadly, the parking lot was about this full when I was stopped in on an early Saturday afternoon. Looks like the Acme is being hit hard from a Giant a block down the street. There was hardly a shopper inside... never saw anyone in Produce as I toured the store several times. The former Acme may be giving this newer Acme some serious competition with it's produce. The Garden Farm Market had every register open with lines several people long.

This Acme still has the 90's American Stores decor... the red, white and blue theme. Great looking store from the outside. The Produce alcove and arched windows are still intact. Many of these models have had the Produce department moved and the windows covered over. Notice how this store is cut of on an angle just like the old pitched-roof store.
Posted by Acme Style