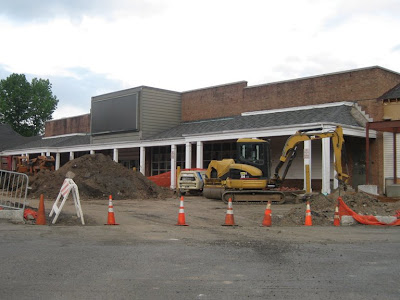 The Acme of New Providence New Jersey opened in 1968 and closed in August of 2006. This was a replacement for a street front styled Acme that was located on Springfield Avenue. 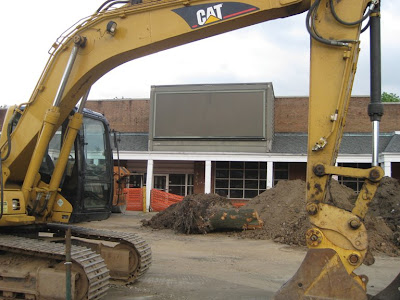 Construction was at a stand still when I visited this store. The township had approved plans to convert the Acme into and A&P Fresh. Those plans were put on hold when an error was discovered regarding the final square footage of the new building. A&P was asked to revise it's plans and resubmit them for approval.

UPDATE 9.01.09: Reports online suggest that construction may have stalled here due to asbestos being discovered in the Acme building. 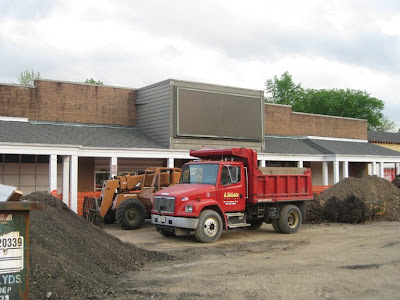 All of this happened back in mid-2008 when A&P was in the final stages of acquiring Pathmark and plans for new stores were put on hold. Township officials weren't even sure if A&P was still interested in the property. New plans were finally submitted in October of last year and were eventually approved in June of this year after a few more changes were made. Construction should currently by underway. I can't find a date of when the new A&P is due to be open. 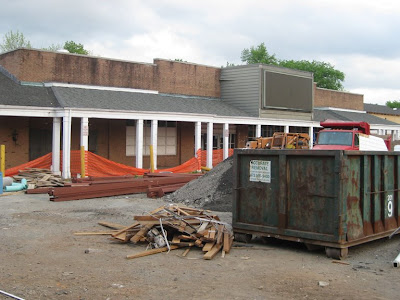 The entrance and exit was located near the center of the building which is quite unusual for an Acme of this style. Looks like the Produce receiving doors are to the left. Another door is located the far right of the store as well. Must have been a very small store inside with backroom areas lining both the left and right side of the building. A&P's plans to expand the building to 45,000 square feet which I would think is nearly twice the size it is now.

UPDATE 9.01.09: The current Acme building and neighboring stores will be completely torn down. Received some information regarding the layout of the Acme. The Produce alcove was to the left of the entrance with the Bakery Department in the right hand corner. The Bakery had been pretty much shut down in the last few years of the store's life. The overall condition of the store was extremely poor in the months leading up to it's closing. 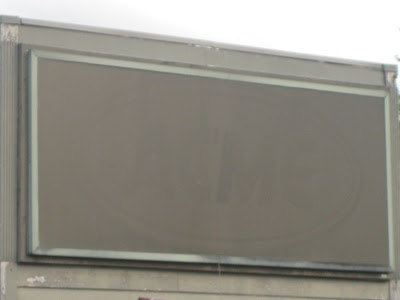 The red oval logo has been painted over. 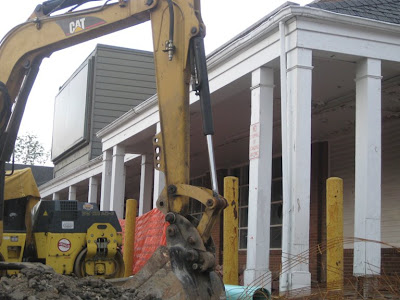 Some of the front windows had been covered over like in nearly every old Acme in order to make more room for shelving along the front wall. 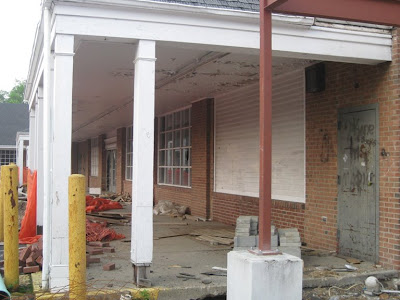 So close yet so far... I didn't chance climbing over the construction mess to get interior shots. I believe this store had the checkerboard arch decor all the way til the end. Here you can see the other receiving door. Not sure if Produce was on the other end or this end. Hopefully someone familiar with this store can give us and idea of the layout and the decor. 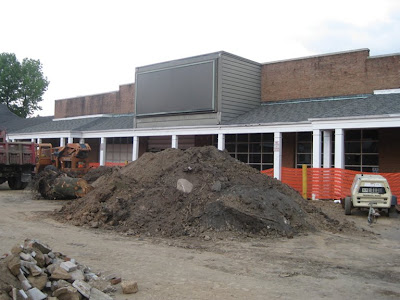 Very similar design to the Belmar and Manasquan stores. This style was built throughout the late 60's and early 70's. 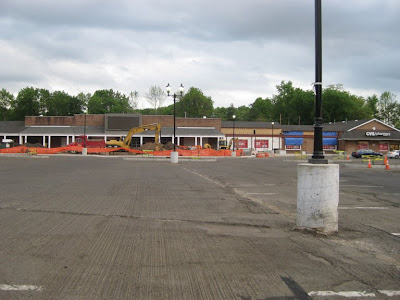 The parking lot was being repaved at the time of my visit back in June. Little did I know at the time that A&P's plans had just been approved. Guess CVS decided to leave this abandoned Acme alone and remain in their current location. 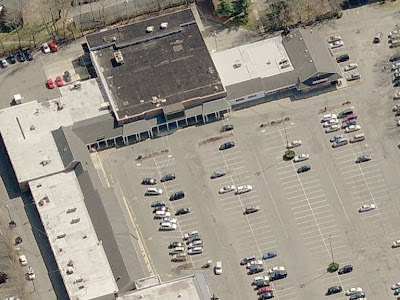 Interesting how A&P is willing to put the work into expanding this store but Acme was not. This shopping center is the only one in town and there isn't alot of competition nearby. 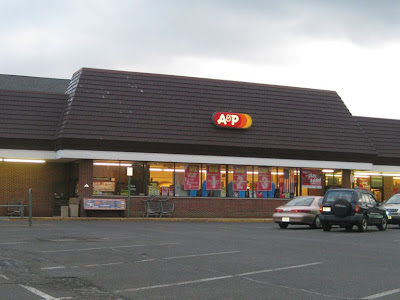 Here is the current New Providence A&P just a few blocks away from the former Acme site. This store is an expanded "Centennial" styled A&P. You can see the addition that was put onto the original store in the aerial shot below.

The interior decor in this store is the first round of the "Fresh" look that A&P rolled out several years ago. They are currently on their third decor package for their "Fresh" stores. (The second package was the best. The third is based on the look and layout of European grocery stores.) This store did not receive a full conversion to the "Fresh" format which is why the signage has not been updated. 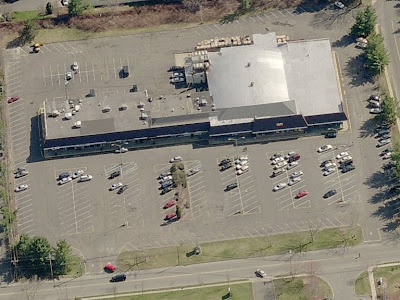 Here you can see where the old meets the new. Lots of "Centennial" A&P's had the same arched roof that you see here... if you look closely. The front roof section of the original A&P is still intact and has been mostly blocked by the newer brown awning. 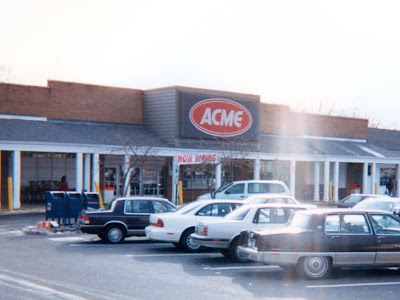 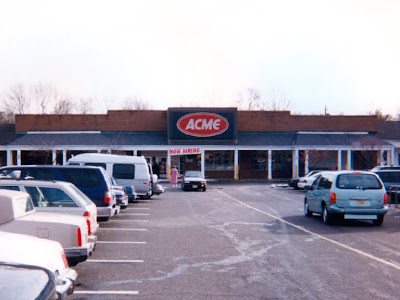 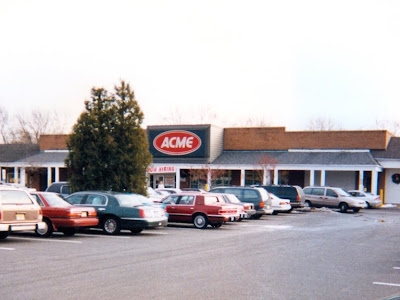 UPDATE 9.24.10: The much delayed A&P Fresh, which rose from the rubble of the old Acme, opens today! Check out a picture and article here.