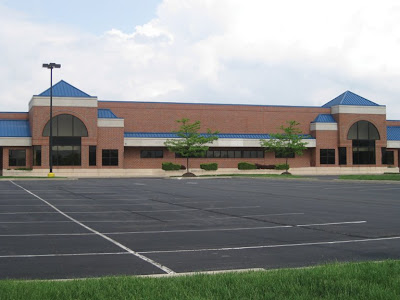 The last of the Lehigh Valley... this abandoned, 72,500-square-foot Acme in Quakertown Pennsylvania closed on August 23, 2007. Rumors of it's demise had circulated for years. Acme was originally located across the street in the Kmart shopping center. A Kohl's now stands in Acme's former location. 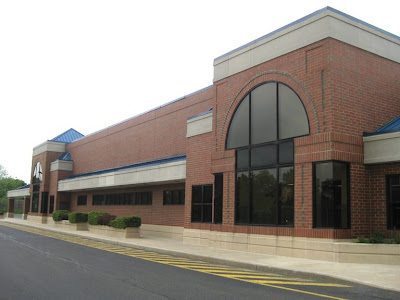 A classic 90's/American Stores building. This style was Acme's first mega-store concept and marked a huge departure from the architecture and interior design of all previous types. You can see Acme's first attempt at the super-store concept in my Williamstown post. That style was only built a few times and then was modified slightly for a couple of new stores in Delaware. The interiors of those stores had the same look as the 80's remodel package with slightly richer colors on the walls and a toned down checkerboard floor.

This 90's model had a completely redesigned interior and decor package and was also Acme's first store with entrances on either side. The double entrances were quite common in many chains during the 90's. Still used in most Giants and Stop and Shops. The overall trend now, however, has gone back to just one entrance that leads all customers into the high-profit prepared foods and perishable departments. Acme latest stores are now built with just one main entrance leading into the "Market" section. 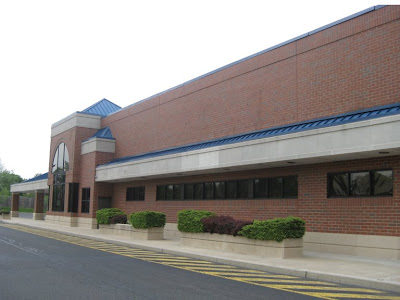 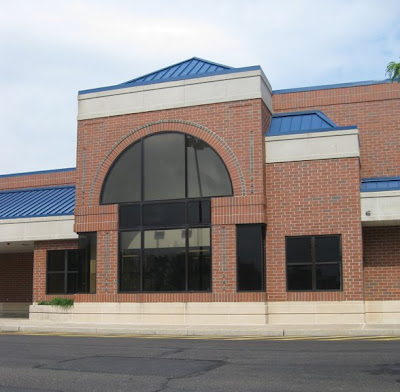 This entrance lead shoppers to the Produce, Bakery, Deli and Meat Departments. These departments lined the left wall with Produce being in an alcove just to the left of the entrance. 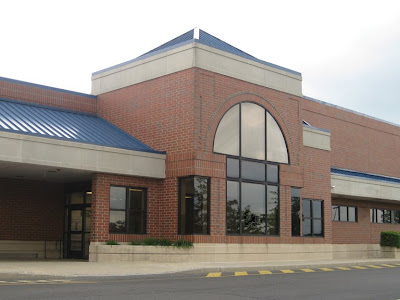 Quite alot of detail and design for these foyers. American Stores would simplify the design of the entrances as this concept continued to be built throughout the 90's. 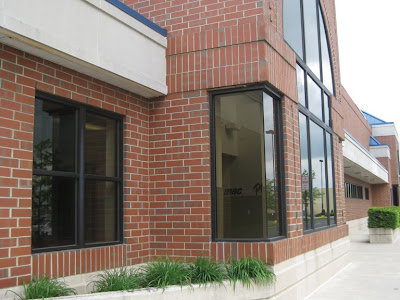 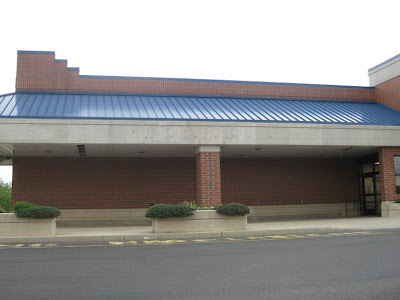 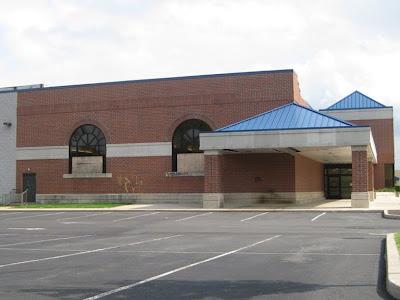 The arched windows in the Produce Department. I should have climbed up on the ledge to get some better pictures of the interior. Looks like vandals have already tried to get in. 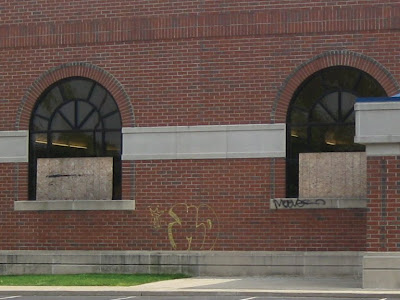 Produce lights are still on. 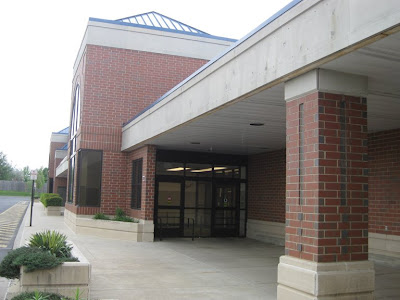 This entrance lead shoppers to the Pharmacy and General Merchandise Departments with Dairy to the rear. 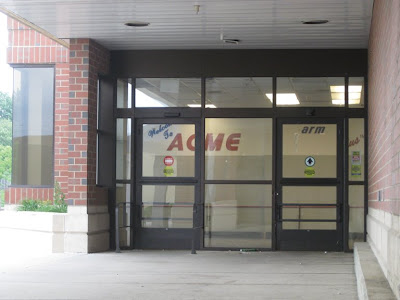 First time I have ever seen the old Acme letter style on a foyer wall. 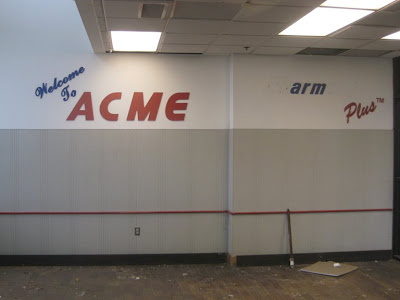 Pre-SavOn days at this Acme. I guess the Pharmacy was called "Pharmacy Plus". 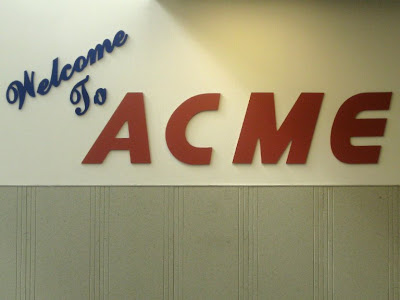 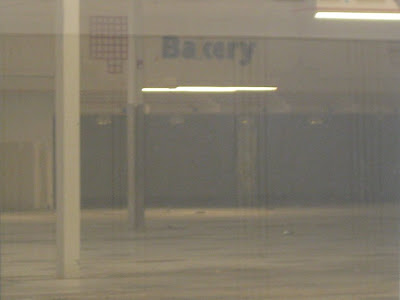 These are among the worst interior shots I have ever taken. Terrible reflection in the windows. I hope to get back to this store someday at night to get better interior shots. But at least you can see the Bakery sign in the 90's style.

I do have better pictures of the 90's decor package which will be revealed in an upcoming post detailing all of the major decor packages over the years. You can see in both the Belmar and Berlin posts how this 90's Red/White/Blue decor package was watered down for the "Convenience Store" decor package. 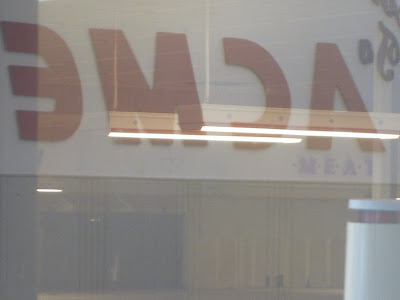 Look closely to see the Meat Department sign just a little ways down the aisle from the Bakery. Those light bars hanging up were probably directly over the check out lanes. 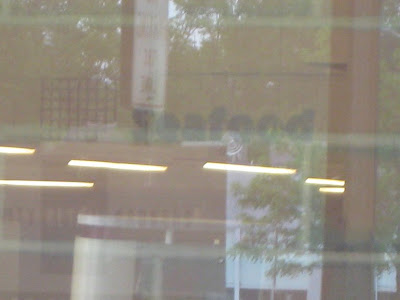 I believe Seafood was in the back after Meat. But not sure... I took these pictures months ago and not positive of the order of the departments. 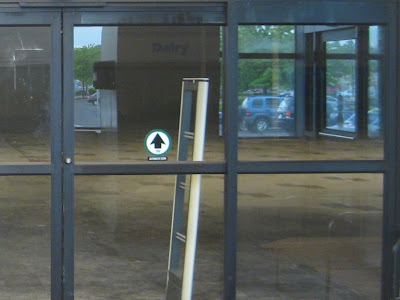 Dairy along the back. The tile pattern on the floor was a welcome change from the busy checkerboard floors of the 80's and early 90's. This tile pattern was used for several decor packages that would follow the 90's Red/White/Blue decor. 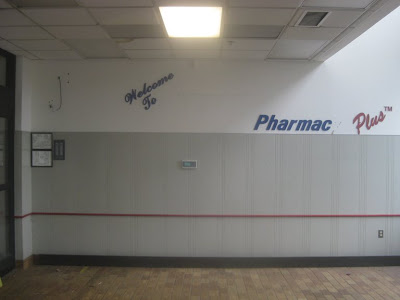 Hmmmm... someone got the Acme lettering out of this entrance. Glad to still see it at the other entrance. This entrance is on the side of the Produce and other service Departments. There was a strange wall built just to the inside of the doors on the left. Couldn't get any interior pictures from this end with the wall blocking the view to the inside. It certainly couldn't have been there when the store was open... not sure why it was added after it closed. 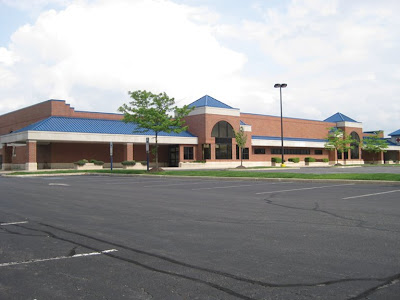 The sun came out just as I was getting ready to leave. Still a great looking 90's styled Acme. 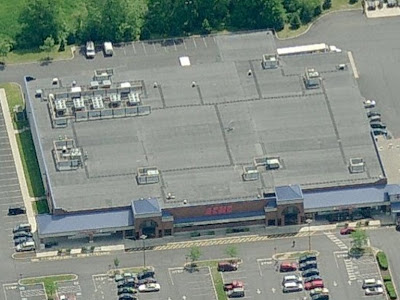 An aerial shot of the store when it was still open. The latest logo on the store front. Not sure if this store started out the red oval logo. I think that Acme was building these new stores just as the new logo was being rolled out. 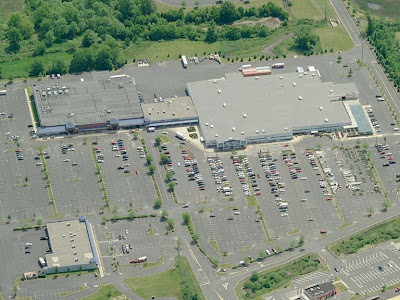 Walmart just a few stores away. This store has since been remodeled and now has the new logo on front. Rumors were that Walmart was looking to expand over into the Acme to create a Supercenter but that never happened. 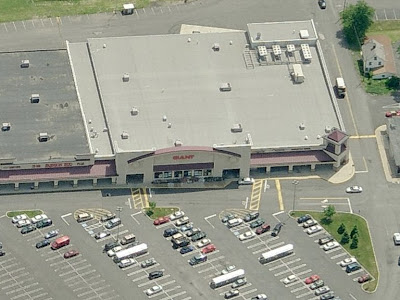 Giant is located in the shopping center just next door. Looks to be a relatively new store although after touring the inside I wondered if it started out as a different chain. The layout and decor was a little unusual for Giant. It wasn't very busy for a Saturday afternoon and a couple of the specialty service departments were closed. I'm a huge fan of Giant but this location was pretty disappointing.

UPDATE 7.21.09: An anonymous reader left a comment saying that this Giant may have started out as a Clemens. That would explain it's very un-Giant like qualities on the inside.

"ACME no longer holds the lease on that building. as of a few weeks ago 'available' signs have gone up on it.

I believe the original plan was for walmart to take the whole strip and become a super center, but ACME was holding the lease and wanting walmart to pay them a lot of money to give it up.

In December '09, new blue prints were made for the walmart, expanding it out the back, front, and garden center side. Construction is starting within the next few weeks (we started prepping the inside yesterday). It is an 18 month project and when completed, it will supposedly be the largest supercenter in the area. The store will stay open during the expansion."