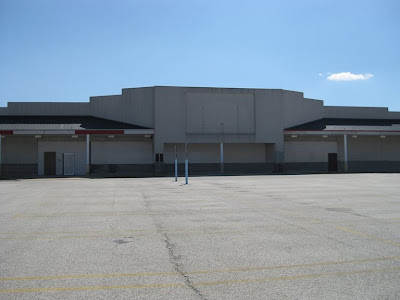 This style of Acme was built in the late 80's. An updated and larger version of the stores that were built throughout the 80's. This type had more of a "superstore" feel to it but didn't last very long. In the early 90's, American Stores developed a new design that became the standard Acme for much of the decade. You can see a pic of this new type in the Yardley post. I'll be posting more pics in the future of these types of stores. 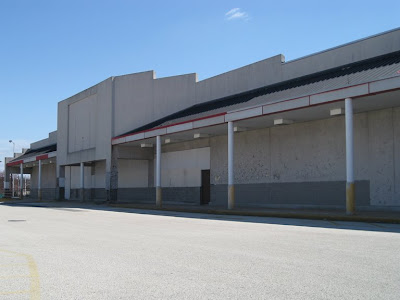 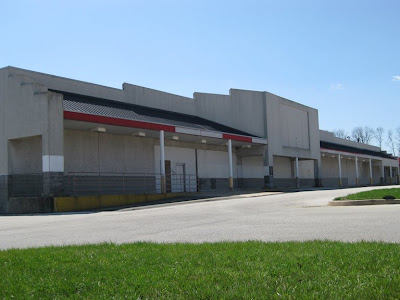 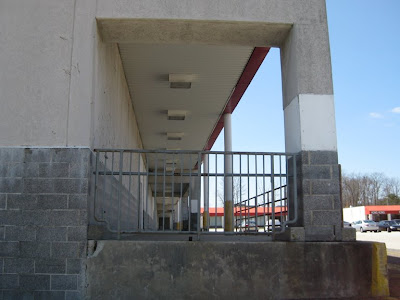 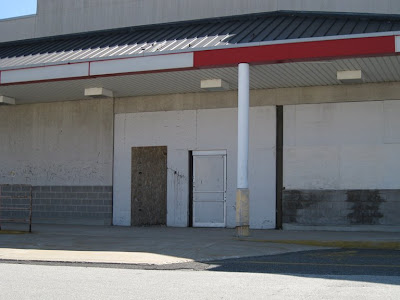 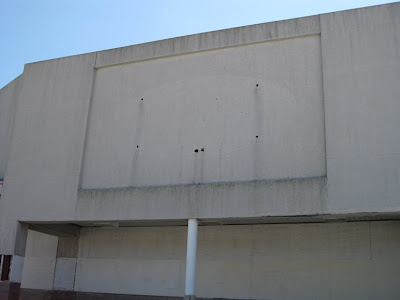 You can see the labelscar of the Acme oval sign. 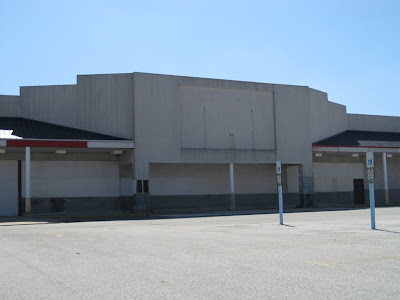 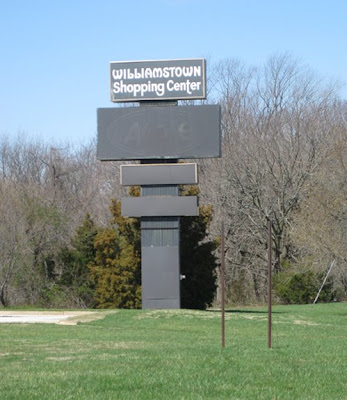 Lonely sign with not much too offer. You can see Acme's red oval logo painted over at the top. Not sure where Jamesway had their roadside sign. Would think their's was bigger than Acme's. 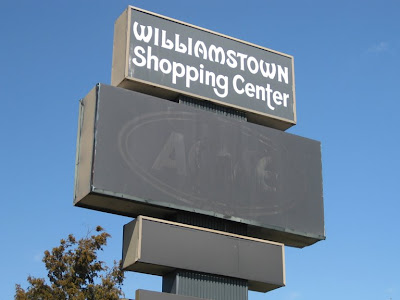 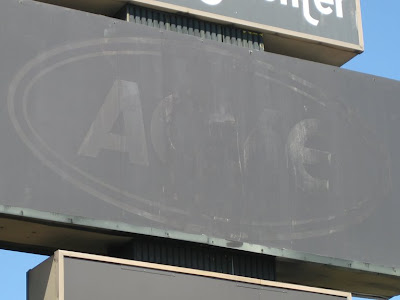 An even closer look. 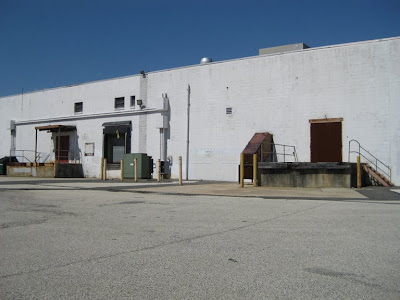 The back of the store was definitely designed for some serious sales volume. 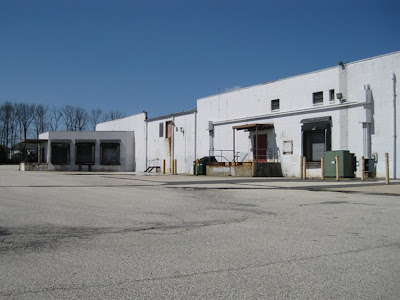 Why couldn't just one of these doors be unlocked so I could take a peak inside? I think the interior decor of this store was probably the same look as the 80's remodel. 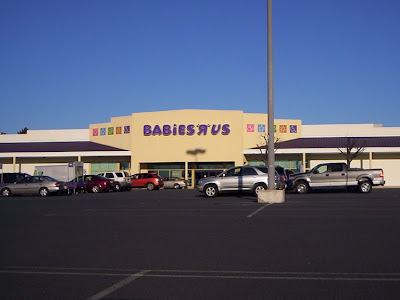 
Here's another former Acme with the same design. This store is in the Lehigh Valley Mall. The picture comes to Acme Style courtesy of Josh and his photostream on flickr. Click here to check out his incredible collection of store photos on flickr! 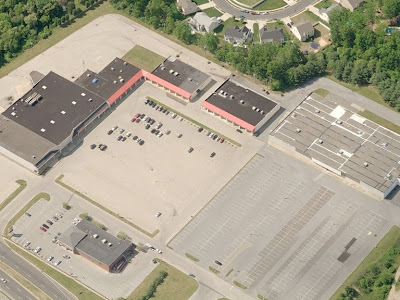 The large store the to right was a Jamesway. I read somewhere online that when Jamesway went under the Acme suffered with less traffic coming to the shopping center.
Posted by Acme Style