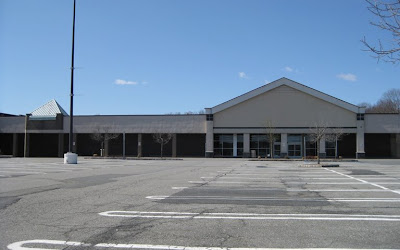 Here is the abandoned Linens-N-Things which is the former Acme at the Roxbury Mall in Succasunna NJ. I believe the Acme closed sometime in the mid-90's. Not sure how long it sat empty until LNT moved in. At one time, this Acme used to be one of the most successful in North Jersey. It wasn't particularly large and faced tough competition from the much larger ShopRite at the opposite end of the strip. This Acme was one of the first to be remodeled in the mid 80's and then had the 90's decor put in... the checkerboard arch look which can been seen in the Manasquan post. The checkerboard floor from the 80's remained. The facade was also changed with the addition of the green pyramid over the entrance. The latest Acme logo was put here as well as a smaller version of the logo on the right end of the store's facade. 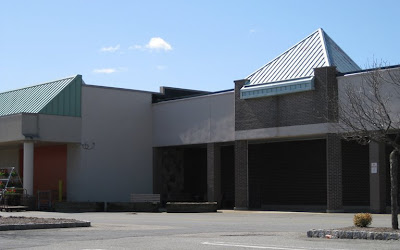 Acme's entrance was kinda tucked out of the way. Home Depot is next door. Exiting the Acme must have been difficult with cars coming around the corner there. 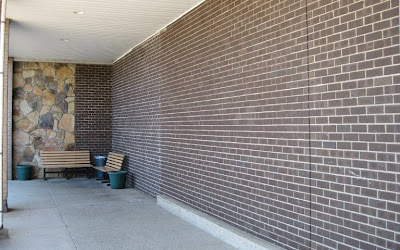 The Acme entrance and windows were where the darker brick section is now. 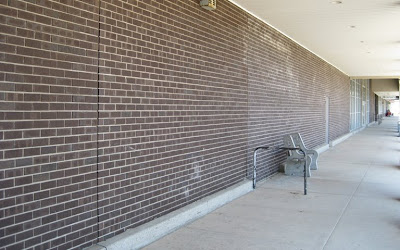 I believe the railing and bench are left over from the Acme days. 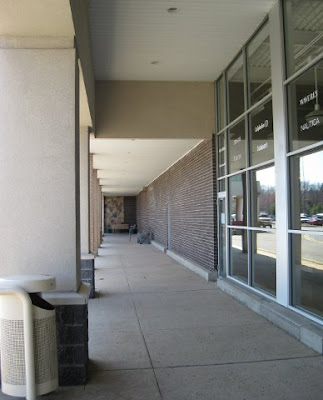 LNT made alot of changes when they took over. Glad the left the old green pyramid in place. 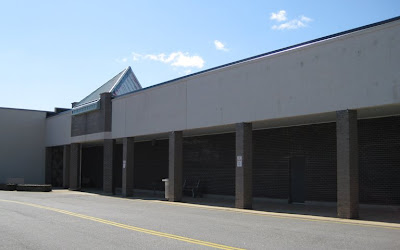 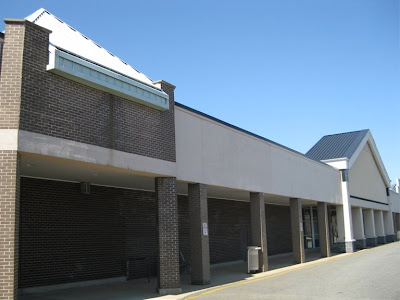 No Acme labelscar that I could see. I don't think the store remained opened very long after it's last remodel. Not sure how it survived as long as it did with the huge ShopRite practically next door. Strangely too, Acme was one of the only stores to not have it's logo on the signage out by Rt. 10. 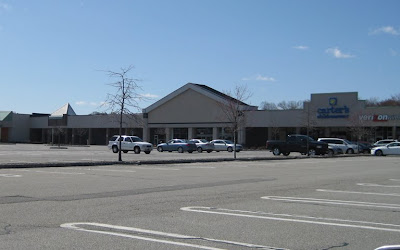 The Acme used to have it's red oval logo on a section that looked similar to the Carter's store signage. LNT removed it when it built it's new entrance. 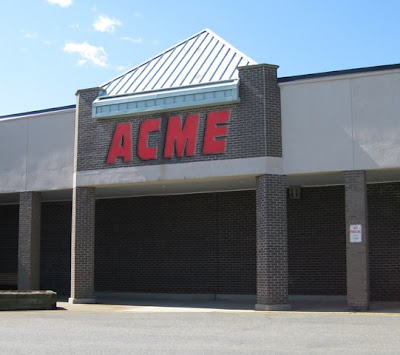 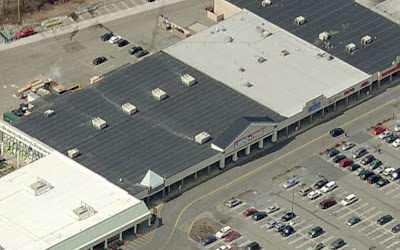 This snap shot from Live Maps was taken while LNT was still in business. I wonder if Acme ever attempted to get the Carter's store moved so it could expand. No expense was ever sparred to keep this store updated to compete with the ShopRite.

Here you can see the ShopRite to the left of the strip. It was always a larger store than the Acme and wass expanded significantly over the years. 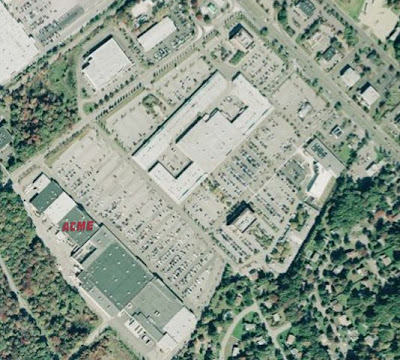 You can see here how far back from the main road the Acme was. This strip mall was originally located much closer to Rt. 10 but caught fire and burned to the ground. I believe that happened in the late 70's. The mall was rebuilt further back to get the stores re-opened as soon as possible. Years later Caldor built were the strip mall used to be. That store is now a Kohl's. 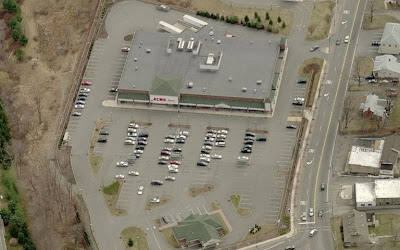 I believe this is sort of the replacement store to the old Succasunna location. It's located about 4 miles away in Randolph. Not sure when this location opened and if the opening was timed with the closing of Succassunna. Hopefully someone will have more information to share. This location is similar to Acme's of the past... at stand-alone building in a residential area. No other stores or shopping centers nearby. I was in this Acme once. The interior is one of the nicest I have ever seen.

UPDATE 7.14.09: The Succasunna store closed on May 23, 1998. The Randolf store was not a replacement store. This location opened on October 1, 2002. It is a former Grand Union.
Posted by Acme Style