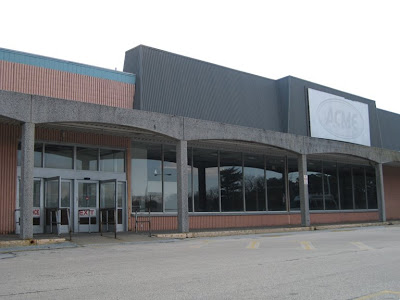 Another abandoned Acme lies in ruins. Great interior shots down below. 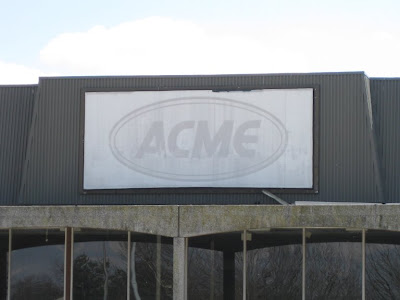 The old red oval logo can still be seen even though it was painted over when the store closed. 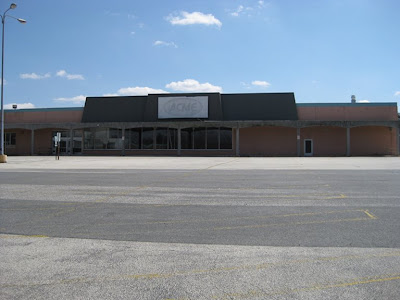 This store was probably built in the early 80's. Earlier stores of this style had windows all the way over to that emergency exit which were later covered up with opaque panels to increase sales floor space. 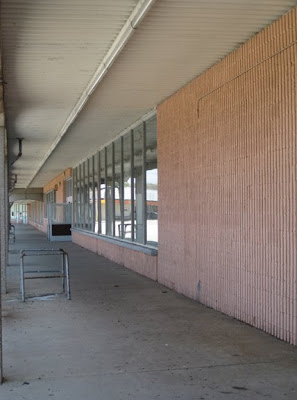 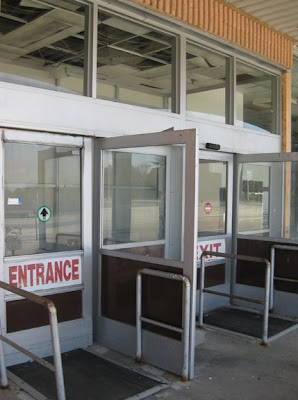 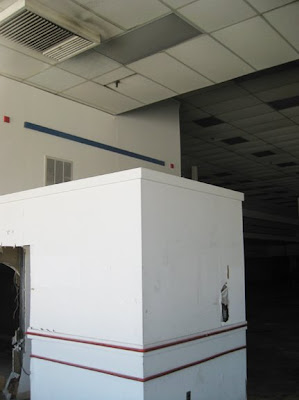 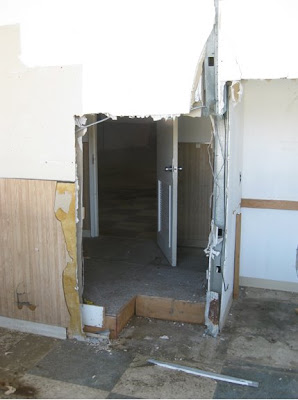 Guessing this is where the safe was. During the 80's remodels, the store safe was taken out of the office and placed in the open right next to the CSR stand. This new set-up replaced the old customer service counter. It was an extremely odd set-up that made obtaining customer service very difficult. The CSR area was modified years later usually by adding an express register that also served as the customer service counter. In this store it looks as though they rebuilt the customer service area at one point. Guessing here of course because I was never in the store when it was open. But I do know that the CSR stand concept of the 80's remodel was nothing short of a disaster. 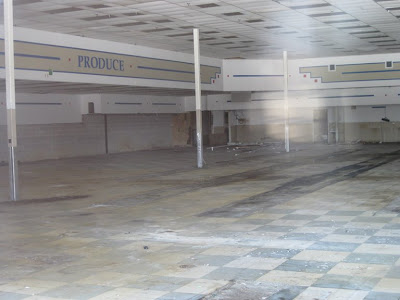 Checkerboard floor courtesy of the 80's remodel. Blue and beige wall graphics courtesy of the 90's convenience store downgrade. Prior to Albertsons taking over Acme in 1999, the American Stores company rolled out this convenience store concept. It was sort of a reversal of the the 80's remodel... service departments that where added or upgraded in the 80's were removed in the 90's. Floral, service Seafood, salad bar, cheeses from around the world were taken out or significantly downsized to expand more basic grocery offerings. This convenience store "look" was based on the look of new Acmes that were being built in the mid 90's. 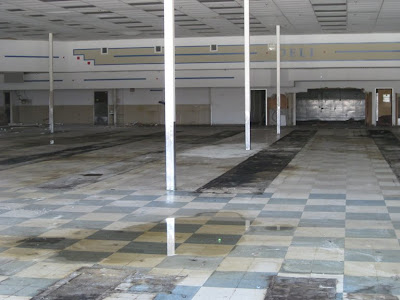 The new Deli sign appears to have been over the Meat Department and not the Deli. 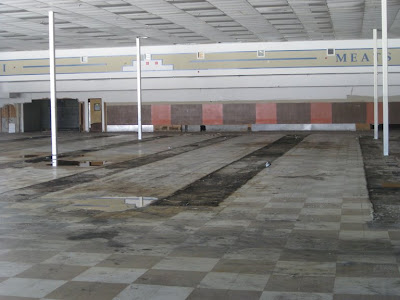 The orange and brown panels are left over from the Colonial decor form when the store was first built. Higher meat cases were put in during the 80's remodel that covered up this area. It's cool to be able to see evidence of 3 different decor packages at once. 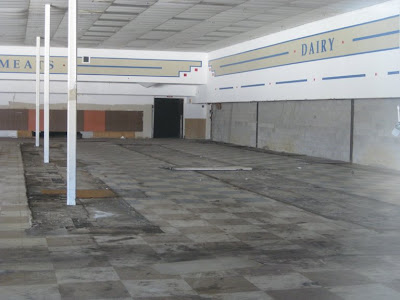 Couldn't get any shots of the Bakery area in the corner. 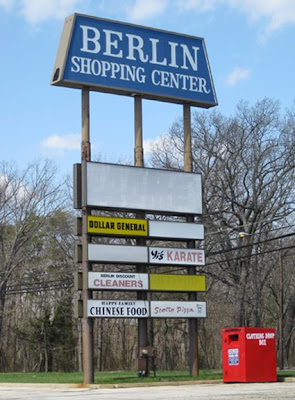 The new Acme logo can be seen under the Berlin Shopping Center sign. 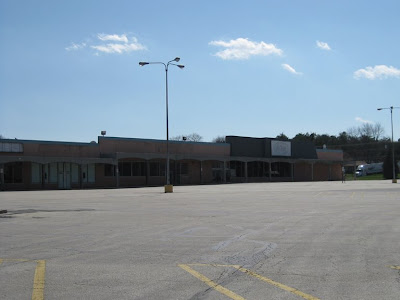 Kmart is the only store still open along this strip. All other stores are abandoned and falling into serious disrepair. 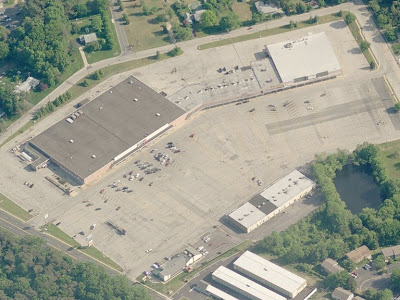 I'm not familiar with the Berlin area. Did another shopping center open up nearby that killed this one or was did this one just die a long and slow death?
Posted by Acme Style