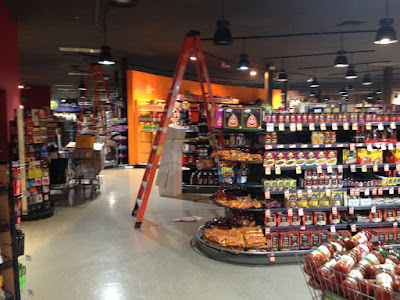 Some pictures sent in over the weekend by Charles of the Park Ridge store. As you can see. this store has the 3rd version of A&P "fresh" remodel. While the remodel was visually stunning, the layout could not have been more confusing and impractical. I would bet these stores will be among the first that Acme will do full remodels to once the dust settles from the acquisition. At the very least, they'll return the store to traditional supermarket aisles rather than having everyone split up into tiny departments like it is now. 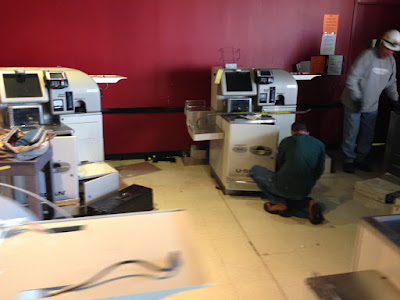 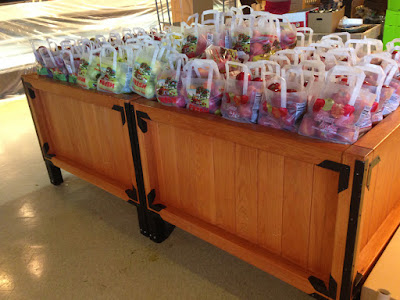 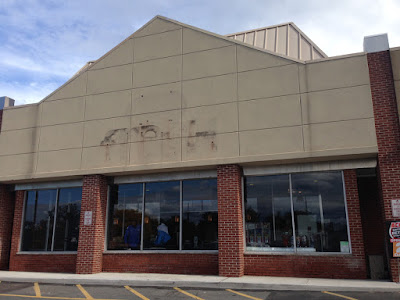 Charles will be getting up some updated photos soon! 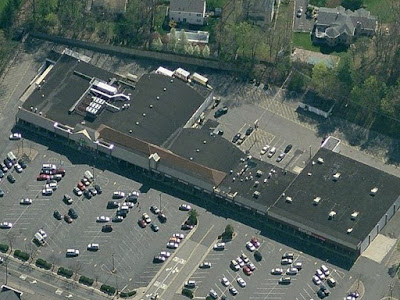 You can see in the aerial image that the A&P has evolved many times over the years.

Update: According to Acme's Facebook page, this store is now open.  They do not have it listed on their official "store openings" page on their blog.
Posted by Acme Style