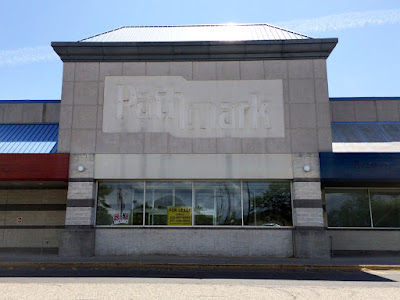 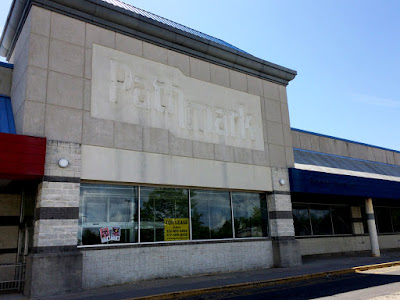 Making a couple of stops for some Bonus Store material as we leave Beach Haven behind for the summer. First stop is this abandoned Pathmark in Manahawkin, which is located just before the bridge to Long Beach Island. This stretch of Route 72 is packed with shopping centers including stores like Target, Walmart, Kohls, Home Depot and ShopRite. Vacationers do a lot of stocking up at these stores before crossing over to LBI which has very limited shopping options. 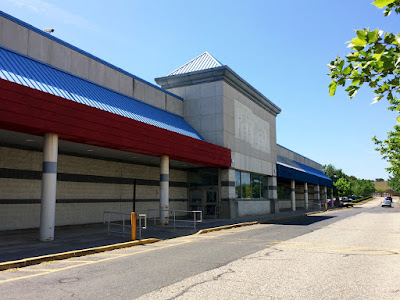 The Pathmark opened in the mid-90's, along with a Walmart to the rear of the shopping center, and closed in March 2012 along with 13 other locations. A relatively small SuperFresh is located about 2 miles East on East Bay Avenue. 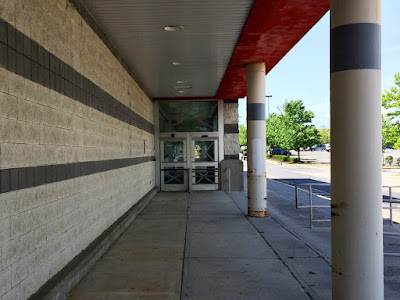 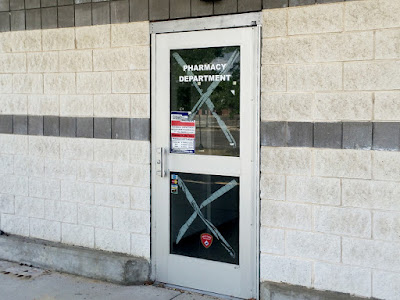 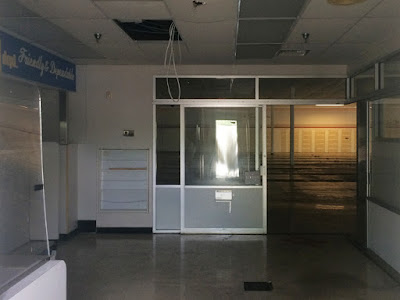 A look inside the former Pharmacy. 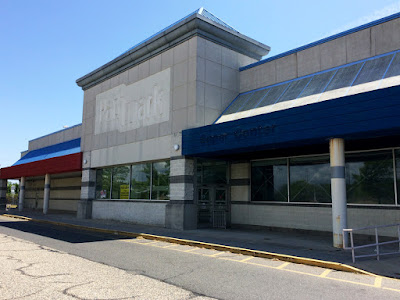 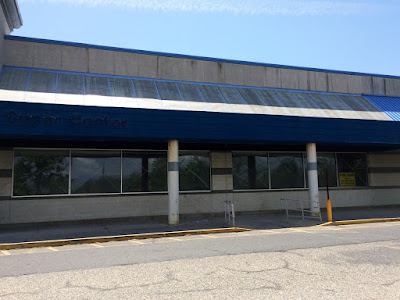 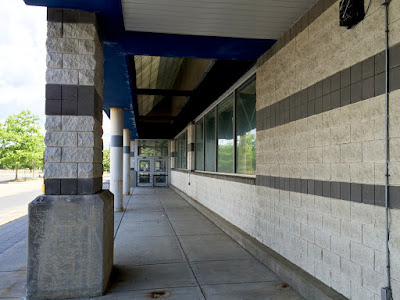 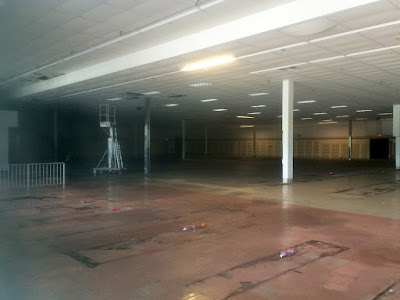 Looks like the store was never remodeled since it opened. It had the Pepto-Bismol color scheme till the end. One of the worst worst decor packages ever seen in a grocery store. I thought it was a step backwards from what Pathmark was doing in the early 90's. 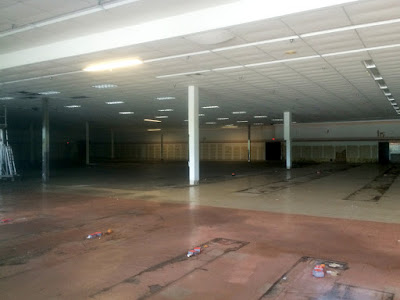 With the "Path to Savings" remodel skipping this location in the mid-2000's, the store must have been struggling for quiet some time. There are very few Pathmarks out there that didn't get that remodel. 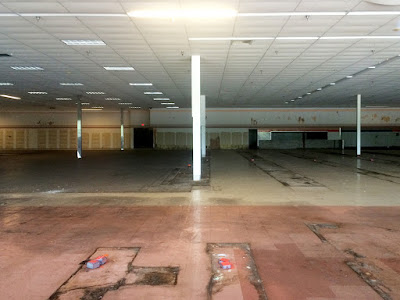 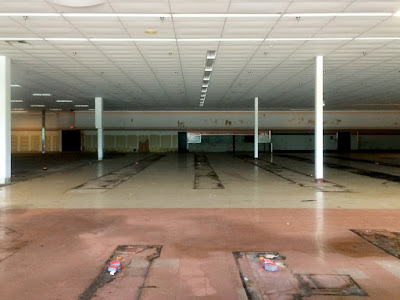 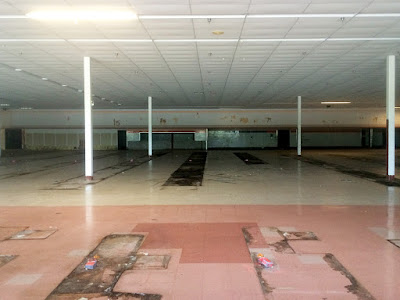 Lots of replacement tiles which don't match the original flooring... 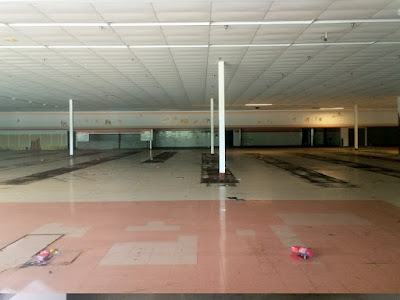 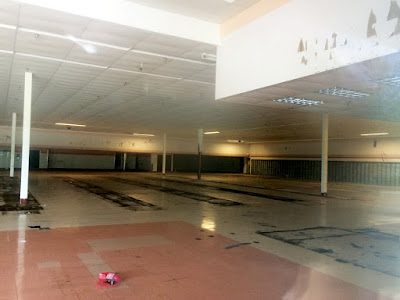 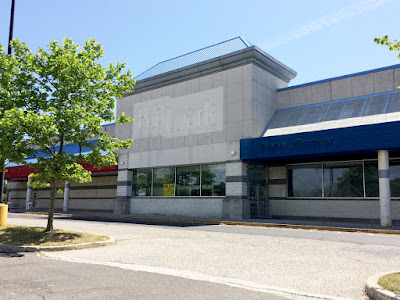 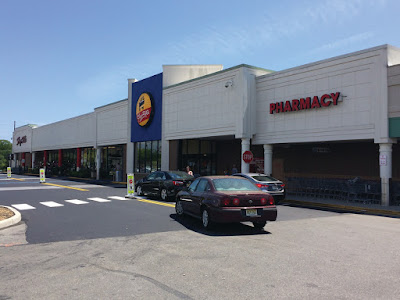 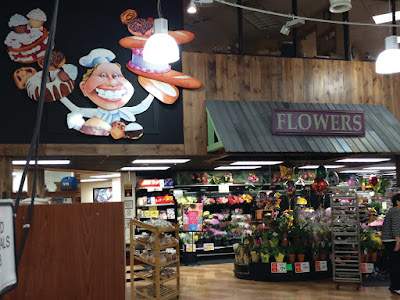 A quick look at the wacky decor in the Manahawkin ShopRite... 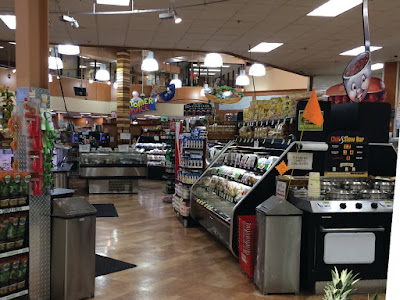 A very nice store which looks to have been remodeled in recent years. 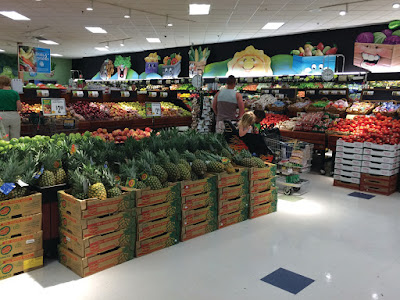 Colorful characters on the walls, some of which borderline on creepy. 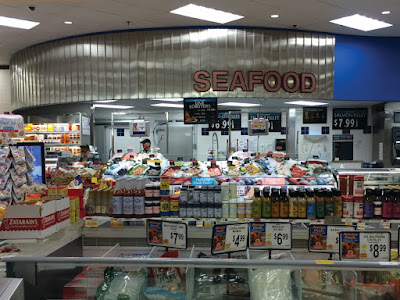 Seafood looks a little out of place with no wacky characters hanging around. 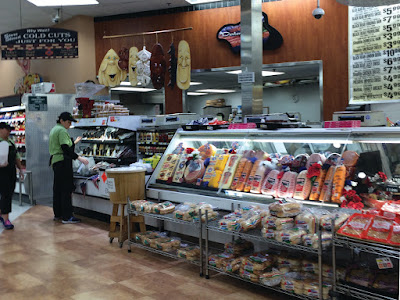 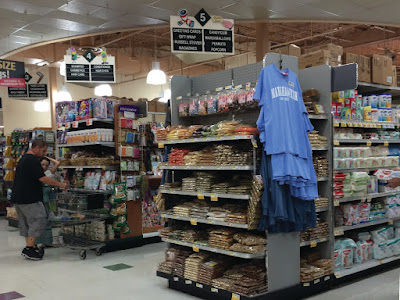 Portions of the store have had the drop ceiling removed. No idea if this was an original feature here but it does create a very cool effect. 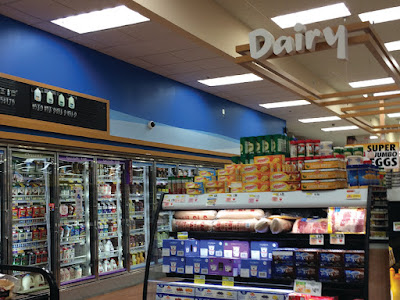 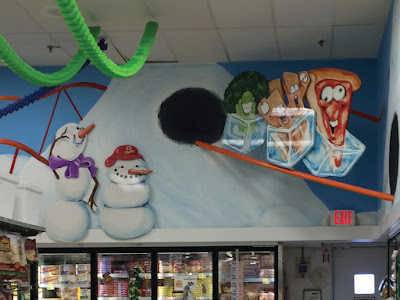 I'm sure there are a lot of little kids out there that love shopping here! 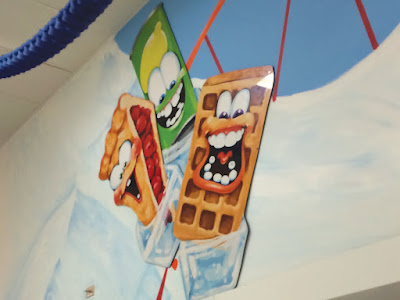 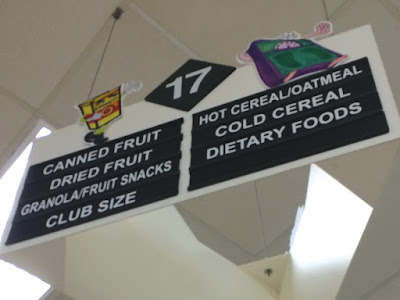 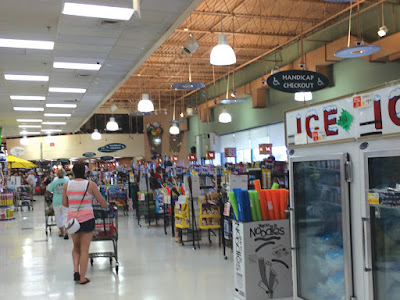 Wonder if the ShopRite will notice much of an impact from the Acme. The new store is going to save a lot of people the trip over the bridge which can be a horrendous trip on the weekends.
Posted by Acme Style