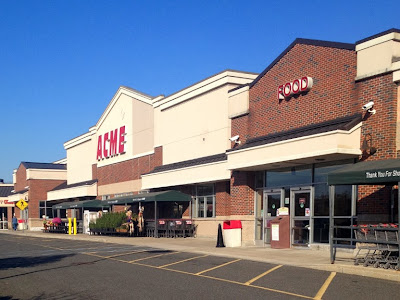 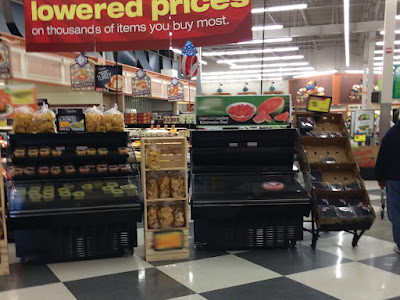 Time for another Milltown update! It's getting a little overkill with this store around here but there's two reasons for that. Now with Clifton gone, this is the only Acme I pass by on a somewhat regular basis. Secondly, the store's refresh is moving at such a snail's pace it's pretty easy documenting every little change they're making. Work on the store began back in February and they are still ongoing. Pretty sure the new Beach Haven store was built in less time! Seriously, the work that is being done here could have been wrapped up in a matter of weeks. Four months later and the changes keep coming.

So what's the latest change? The most absurdly placed cheese case in the history of supermarkets is GONE... 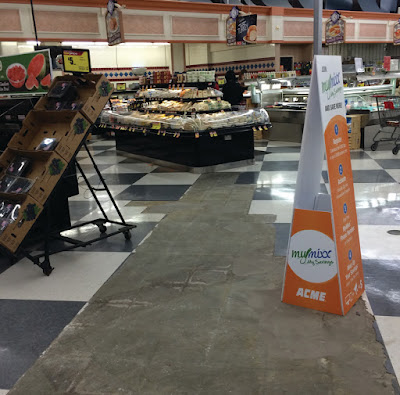 I was pretty critical of the cheese case in the original Milltown post back in 2013. The long windy case greeted shoppers as they walked in the entrance forcing traffic to head for the Deli on the left or over to the coffee café on the right. Walking straight into Produce was not an option. Now with both the long cheese case and café removed, shoppers can head straight into the store. 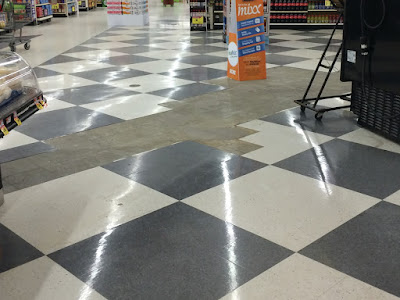 I'll be sure to check back in the few weeks to see how well the new tiles match to the old! 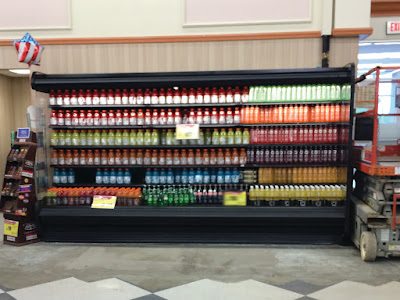 Brand-new drink case just inside the entrance. Not a huge variety just yet. This area used to be used for unrefrigerated soft drinks by the case. 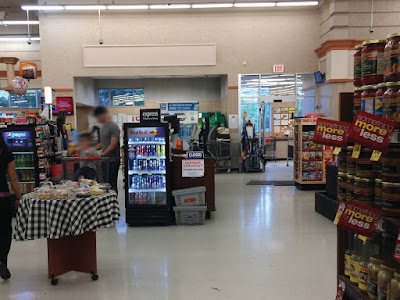 All signs of the Video department are now gone. And the self-checkouts are history too. A new express lane has been installed here but was not being used when I was here. There were plenty of other registers opened and Acme has implemented a new front-end procedure which I have seen in action in several stores. Cashiers who do not have customers in their line stand out in front of their lane waiting for shoppers to come by. This is the 4th Acme I've seen in the past few weeks were this was taking place. 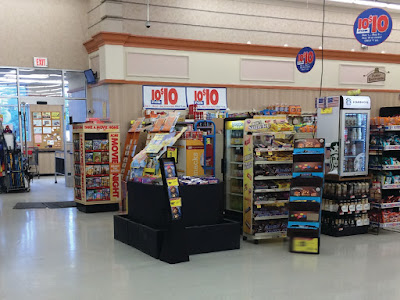 Also gone now are the lights above the former Reading Center. Their mounts have been left behind which you can see lining the top of the brown trim. Here's a picture of what the wall used to look like... 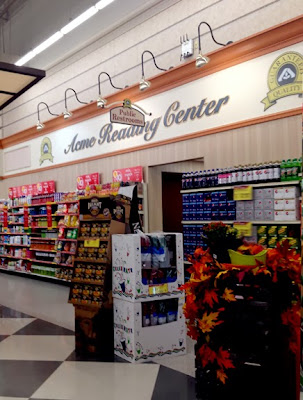 I'll be checking back in a few weeks to see what other projects are underway. Hopefully one of my upcoming visits will find the refresh officially done!
Posted by Acme Style