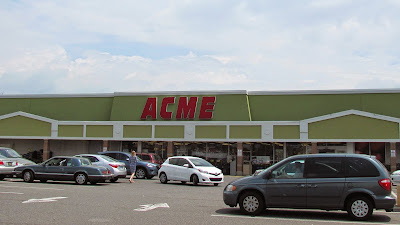 Photos courtesy of Will aka B-More Retail on flickr 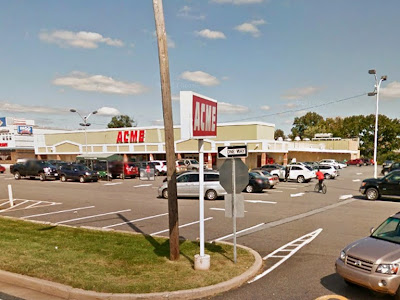 This is one of those Acmes that I have been dying to get up on the blog for years. Thanks to Will, the wait is over. The Fairfax Acme arrives at Acme Style today!

The evolution of this store is absolutely fascinating. I can't say for sure what happened and when. Even in its earliest days, it doesn't look like a typical 50's Acme from the aerial views. As I researched this store years ago, I was convinced that it didn't start out as an Acme. Turns out it did. The store opened on November 3, 1954 and as we'll see in the historic aerials, there was no building on this property in 1953. This is one of Acme's oldest operating stores. I believe it is beat only by Maple Shade and Narbeth.

A few additions have been done over the years but none have added a significant amount of space to the building. The interior undoubtedly reconfigured many times over to maximize the effectiveness of the store's limited space. This location was remodeled under SuperValu with the Premium Fresh and Healthy 2.0 package. Below is a picture of how the store looked in the early 2000's prior to the most recent remodel...

Starbucks was added during the previous remodel but has since been removed. Judging from the exterior here, I would guess the store had the Chalkboard Market interior. Notice the facade was built up higher during the last remodel and the "ACME" letters got a little bigger... 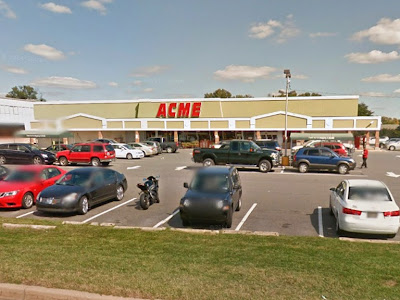 A few of these exterior photos were taken from Google Maps. 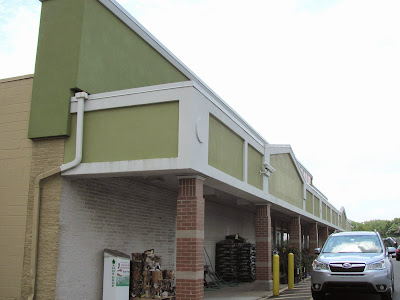 The store was expanded on this side at some point. The historic aerials are pretty limited to it's hard to pinpoint when various changes were made to the store. 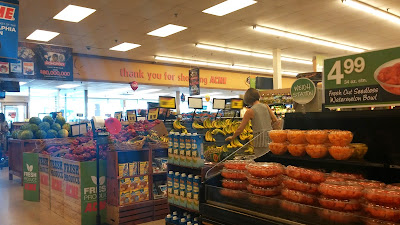 The layout here remains intact from the very last round of remodels done by American Stores in the late 90's. The Bakery and Deli were moved to the right side of the store with Produce getting moved directly across the new service departments to create the "Grand Aisle". 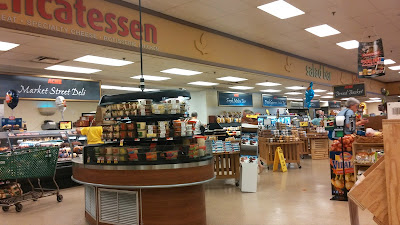 PF&H flooring was installed in this portion of the store. 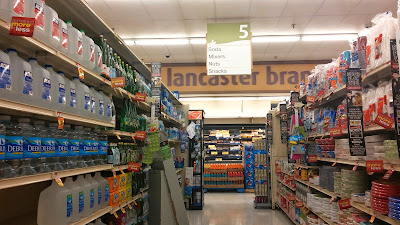 A nice view of "ACME" branded water on the left in a store where very few products say ACME on them. I've heard there are rumors floating around that the ACME brand will be returning to stores. Time will tell. 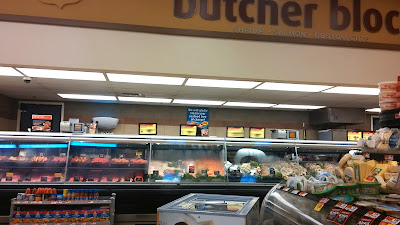 This store along with the Trolley Square location are the only small stores that I'm aware of that were remodeled by SuperValu. Generally they only bothered investing int the large, high-volumel locations. 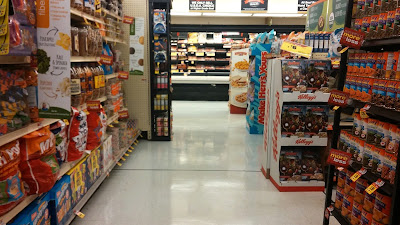 Not sure about the tile in the rest of the store. It looks rather new and doesn't have the pattern that is often seen in the Chalkboard Market stores. With that remodel happening in the late 90's, the floors were often left in place for the PF&H remodel. 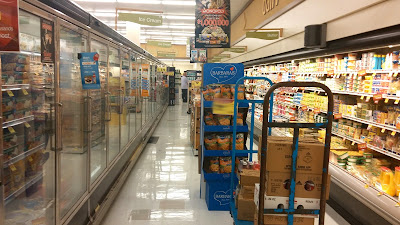 The store tops out at 9 aisles. Not bad considering the space that the Grand Aisle takes up. You can definitely see in these pictures that the aisles are pretty tight. 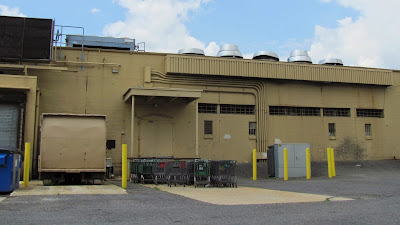 A look around back. Break room and bathroom on the first floor. Looks the the compressor room is just above on the second floor. 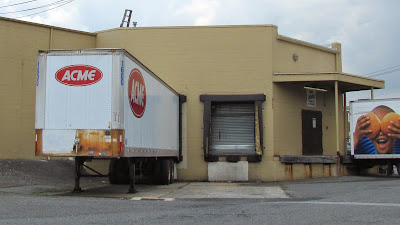 The delivery bays are an extension of the addition put on the left side of the store. Thankfully SuperValu did not strip the red oval logo off of every trailer. Just most of them. 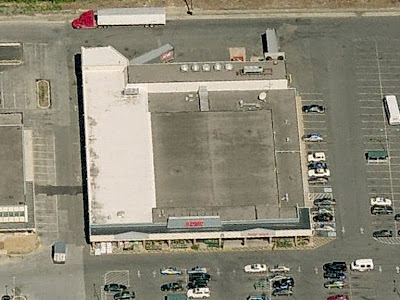 Aerial views show the store before the most recent remodel. You can see the addition to the left side, although the space that was added is not quiet as wide as the new roof would seem to indicate. I believe the store originally ended were the raised roof along the back ends. 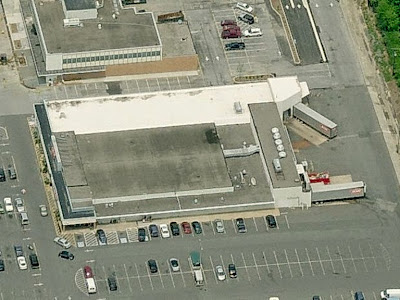 Notice how the roofline along the side and rear is lower than the center of the store. Such an odd sight for a 50's Acme. Perhaps the lower roof sections were additions to the store. The two story section along the back does appear to have been an expansion to the original building. 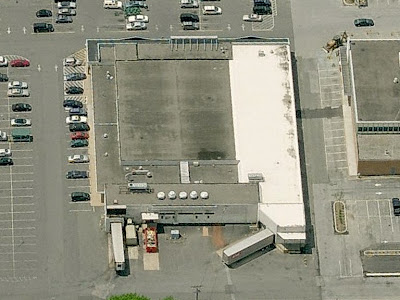 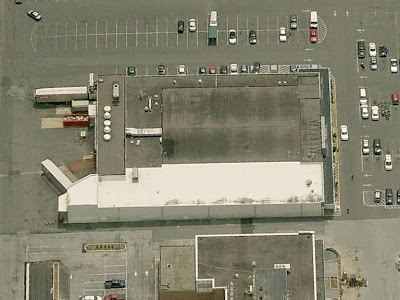 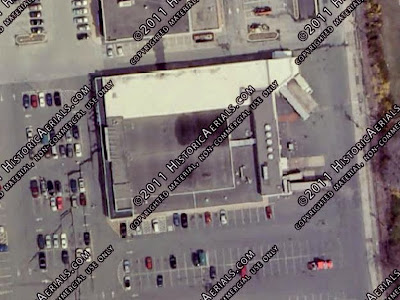 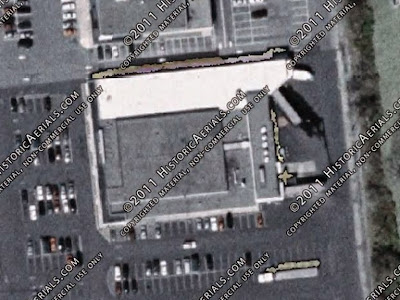 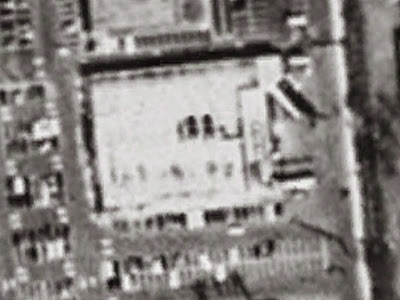 1992
Perhaps the addition happened during the 80's remodel. 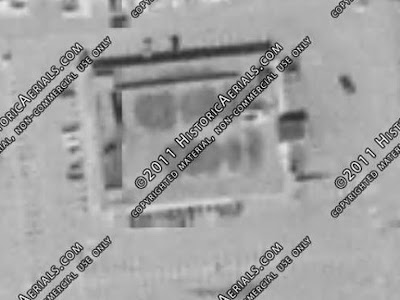 1965
12 years after the store opened. Not sure if this is how the building started out or if there were already some additions made by this point. Could the entire permitter of the store be an addition? 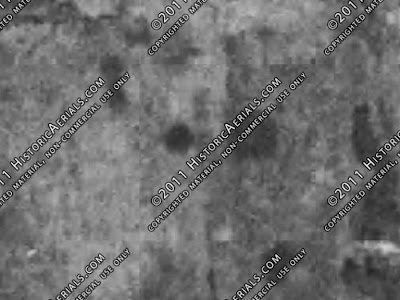 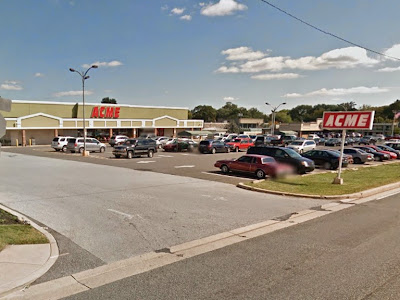 Closing out with one more view from Google Maps. Thanks to Will for brining us one of Acme's oldest and most interesting stores!
Posted by Acme Style