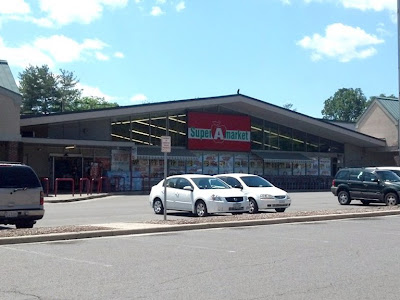 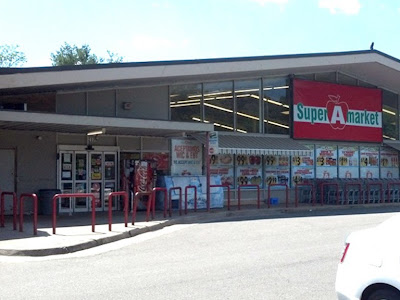 Michael provided us with the pictures and the following details...

According to historic Washington Post articles and classified job ads the store opened as an Acme in January 1970. This may have been a replacement store for the Acme in downtown Falls Church at 134 West Broad Street. The downtown Falls Church store in now, you guessed it, a CVS and before that a Peoples Drug. Not sure when Acme closed this store. For many years this store was part of the local Magruder's chain. Magruder's closed the store in early 2010. The Super A Market opened in late 2010. This article* covers the opening of the Super A Market and has a good interior and an exterior picture of the store. The exterior picture shows the frame of where the Acme sign would have been.

*The article Michael is referring to is from the Falls Church News-Press. You can jump to it by clicking here. 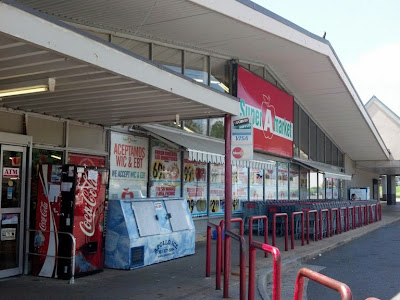 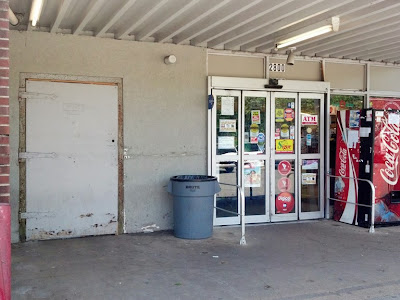 The door on the left may have been the produce delivery door rather than the bread door. The produce aisle looks to have been on this side of the store during the Acme days. Unusual since Produce was commonly on the opposite wall of the entrance side. Indications are that Acme was changing the layouts of the late 60's pitched-roof models. We have seen a similar set-up at the abandoned Paulsboro store which opened in 1968.

Michael continues with a detailed tour of the interior ...

Entrance to the store is on the left. As you enter the cash registers are immediately to your right. Customer service is on the left. Going between Customer Service and Register 1 leads you into produce which lines the left side and the back left corner of the store. Meat cases are along the back along with a dairy case. There is another dairy and frozen case next to Customer Service along the left wall. The right side of the store has the butcher area as well as a minimal deli. The deli was much larger when Magruder's was here. Along the front end to the left of the registers is a small area selling cell phones, calling cards and other things along those lines. It looks like a leased area. The middle of the store has the typical grocery aisles. The second to last grocery aisle has a line of freezer units along the entire aisle. Only half of the freezers were in use. The store is definitely geared towards Hispanics who are the primary ethnic group in the area. Surprisingly there is a good amount of typical American grocery items. Much more so than other ethnic grocery stores I have shopped in. The displays and merchandising are done very nicely and the store smells clean. The fixtures and refrigeration units are quite old. They may be original to the store although I have no way of knowing for sure. There are multiple water stains on the ceiling. If they replaced the ceiling tiles it would make the store look less old. All in all a nice store considering the building is now 43 years old with no substantial renovation done over the years. 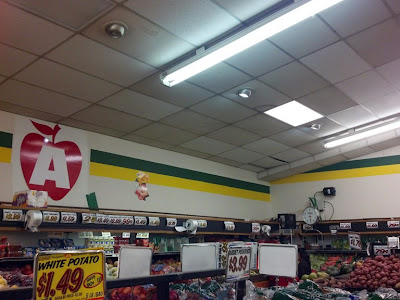 Drop ceiling tiles not often seen in pitched-roof stores. The Paulsboro store has them as well with similar spot lights over the produce aisle. 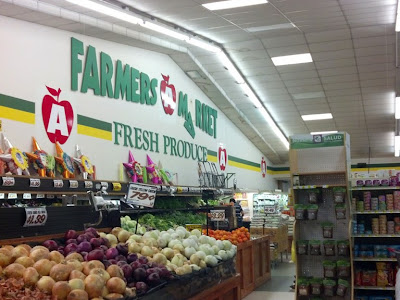 Nice use of the back wall although the letter A could use a little help. 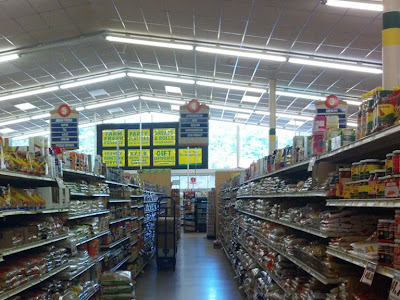 The interior Acme logo is covered over by yellows signs touting Super A Markets products and services. You can see what this sign looked like back in the Acme days by clicking here. 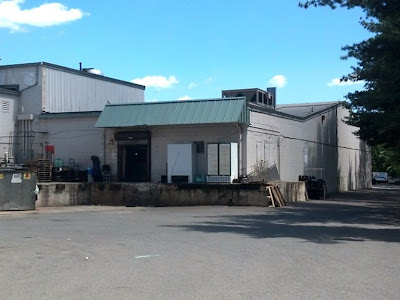 This is a very unique pitched-roof model. The back room and second floor appear to be in this section to the right side of the store. We'll see more evidence of this in the aerial images. Clearly the second floor is not located in it's usual spot at the back of the pitched-roof section. 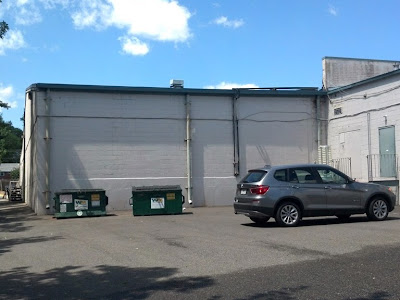 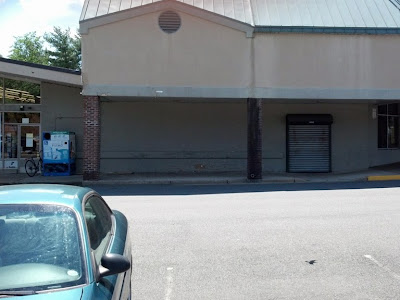 The extension to the right side of the building. The stores to the right were added years after the Acme opened. 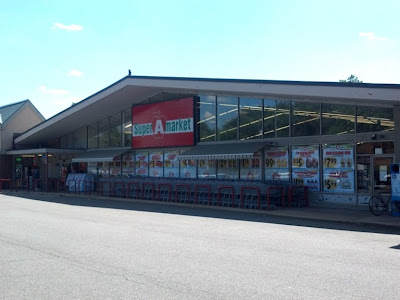 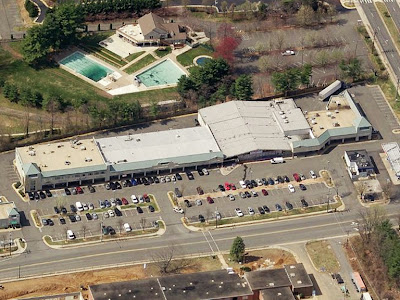 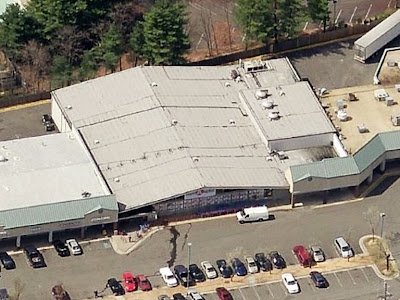 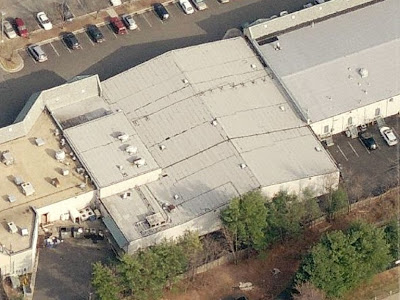 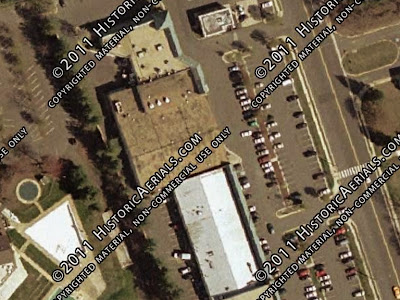 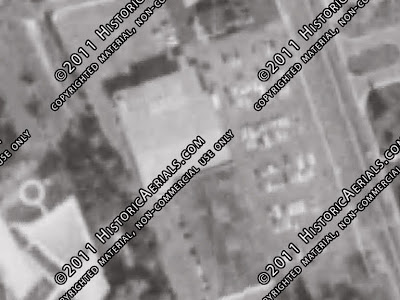 1979
The next available satellite image in 1964 which shows no buildings in this location. 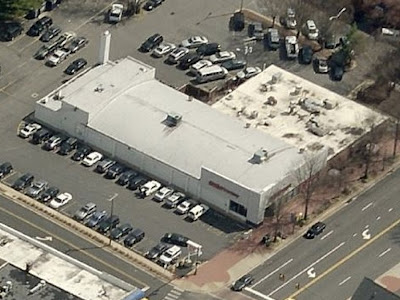 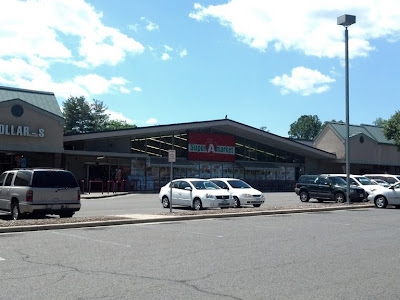 Thanks to Michael for bringing us the very first coverage of a former Virginia Acme!