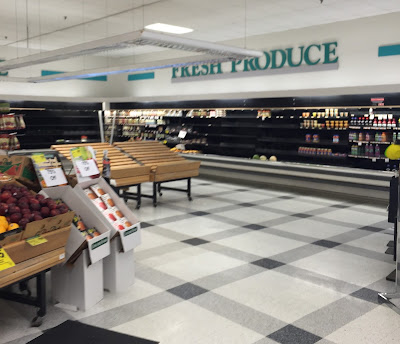 Today we're having a look at the Manahawkin Super Fresh with its last round of décor.  styertowne took these photos in November 2015 as the store was winding down operation. Acme would take over just days later.

As we saw in last Friday's post, the signage and décor had gone missing at some point. I actually wasn't sure which chain was responsible for stripping the walls. I was leaning toward A&P since Acme left this exact décor intact at the Warren store. Seeing these photos with the walls in pretty good shape has me wondering why Acme took everything down. Perhaps it was done to facilitate a quick repaint which Acme may have deemed more important then retaining the décor. Just a guess... 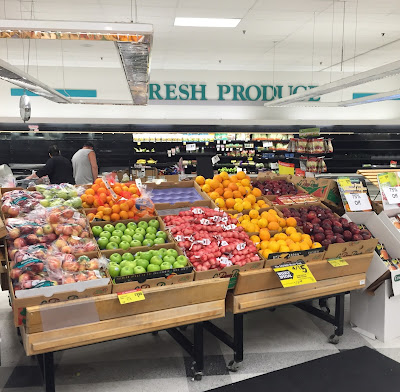 The décor here is A&P's 90's package. I believe this look was rolled out once the Sav A Center consent was retired and A&P began their Food Market concept,  building new, larger stores to replace many of their painful outdated models. styertowne reports this store opened on October 30, 1973. 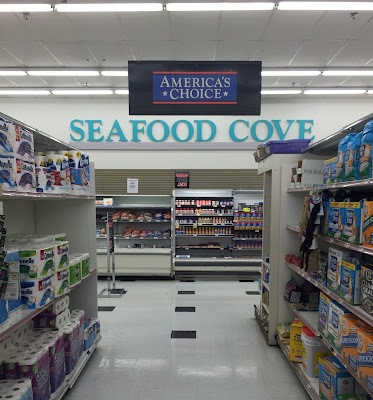 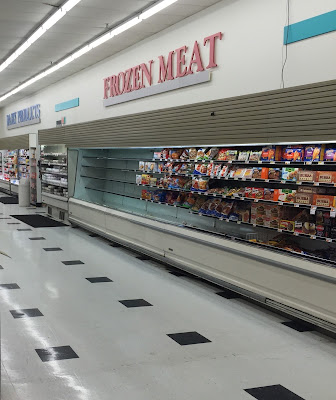 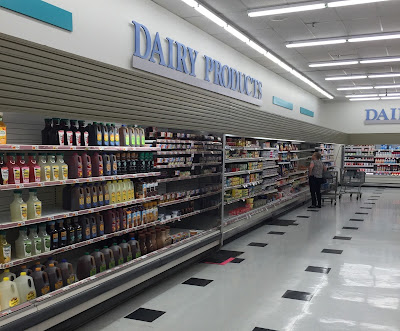 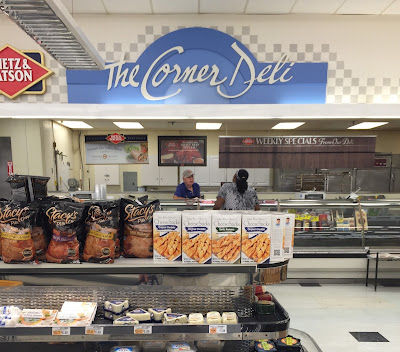 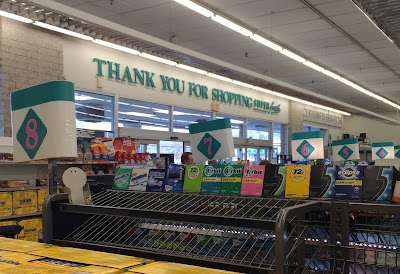 Funny how low the register lights are! I noticed their lack of height in the photos posted last Friday, but from this vantage point they're laughable low! The Quality Built lights will be undoubtedly taller.

Thanks to styertowne for the great pictures of the Manahawkin Super Fresh!
Posted by Acme Style