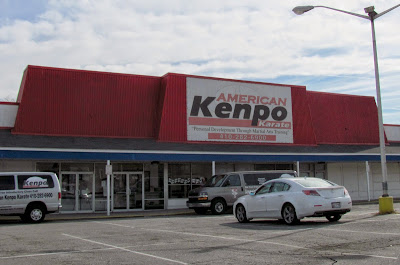 Photos courtesy of Will

Heading all the way down to Dundalk, Maryland for our Former Acme Pick of the Day! It's been a while since we've had a Pick of the Day. These posts generally feature former Acmes that I know very little about and have never been to. The posts are usually made up of photos sent in by a contributor. It's a great way for us to get a look at stores that are far outside the areas I can travel too.

Opening date of the Dundalk store us unknown, as is the closing date. The historic aerials have it arriving after 1966 and before 1971. While it's not obvious from the first few photos here, the store is a pitched-roof model. It is unusual to see the "Super Saver" awning since the store did not receive a significant expansion. 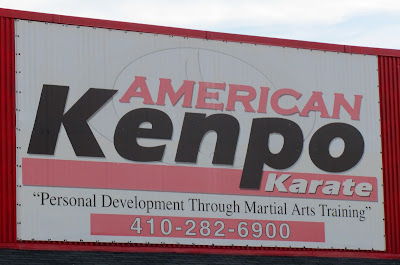 The building is now home to American Kenpo Karate. The appears to be a remnant of a previous logo at the top portion of the sign. 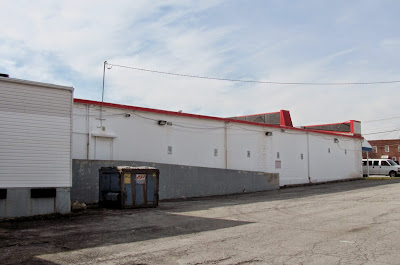 You can see the Super Saver awning was extended from one side to the other to completely disguise the pitched-roof. 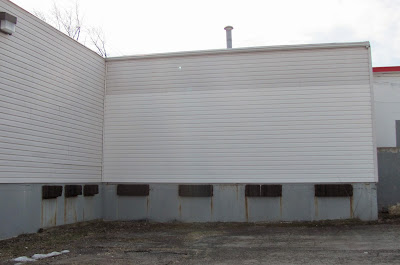 The delivery bays in the back have been covered over with siding. This area looks to have been a small addition to the left side of the store. 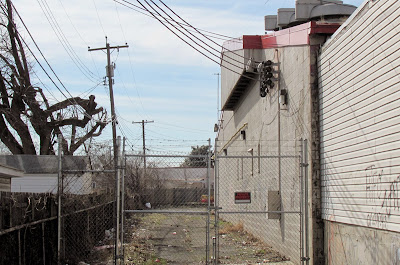 Around back we can clearly see this was a pitched-roof store. 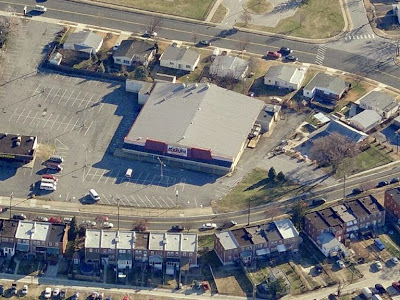 The house owners along the back must have been thrilled when Acme built the store. The area was open land before the Acme arrived. 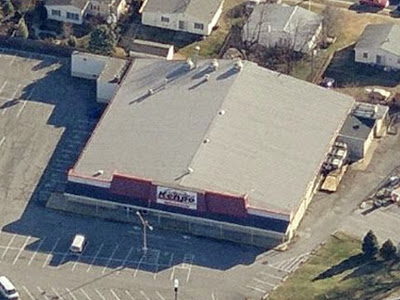 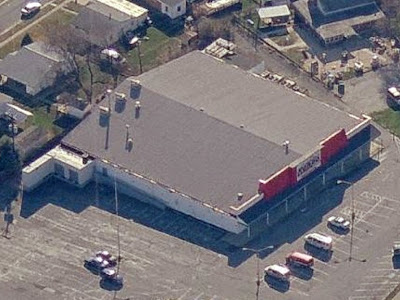 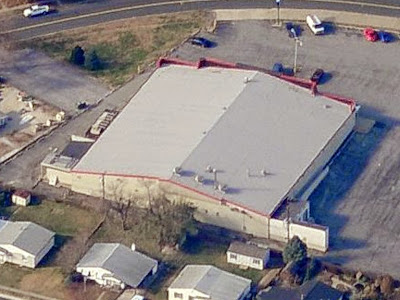 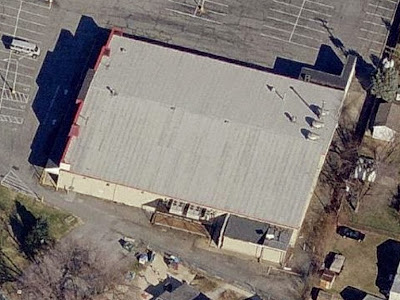 The right side may have had a small addition to the back corner as well. Notice there is no access from the back of building. Unfortunately there are not enough historical images available to pinpoint the evolution of the building. 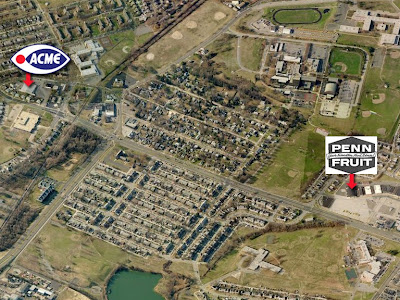 While I was doing the screen grabs of the aerial views, I did a little exploring of the area and discovered a former Penn Fruit nearby. Haven't been able to pin down an exact address for it. 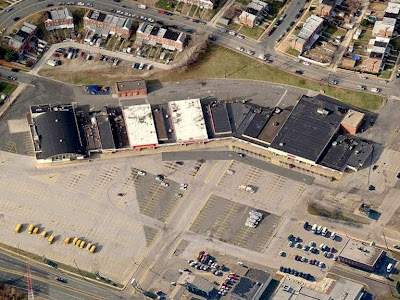 The Penn Fruit was all the way to the left. 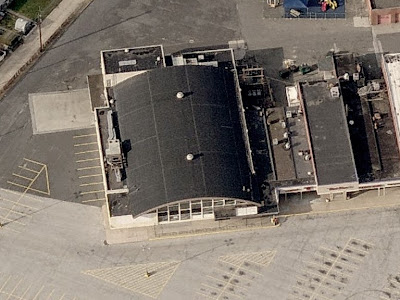 You can see a ground view of the store on flickr. I am just now noticing that this is the same Will who contributed the photos for today's post! 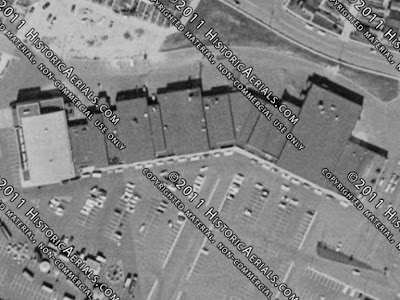 1964
Penn Fruit arrived prior to the Acme. 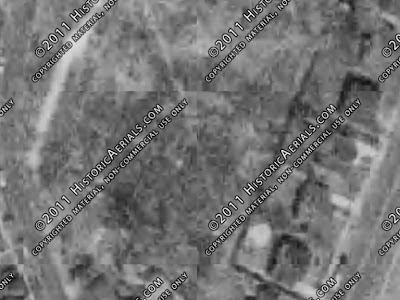 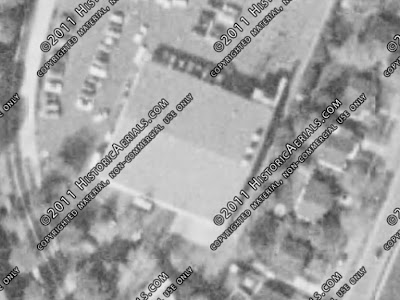 1971
The only year available with a view of the Acme in business. And check out the crowd! 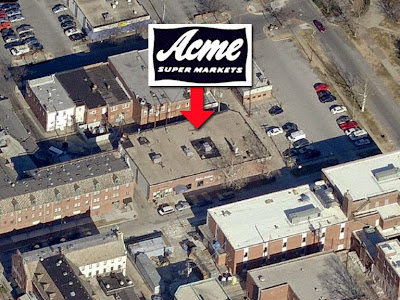 Dundalk had another Acme on Commerce Street. I don't have the exact address but since Commerce Street is only one block long. I think this building is the only one that could have been an Acme. This location opened in February 1952 and may have closed when the pitched-roof model opened about a mile away.
Posted by Acme Style