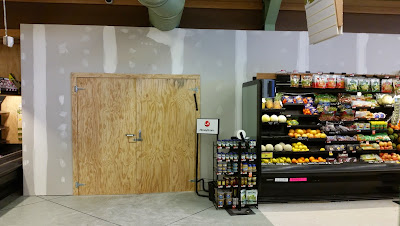 The Ocean City Acme is currently undergoing what appears to be a major remodel. The portion of the store that houses all of the service departments is completely blocked off from customers. The store is now back to operating in the original pitched-roof building only, with no service departments available. As you can see here, the produce cases have been moved into the grocery aisles. 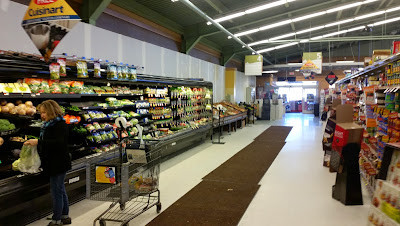 The section that is now blocked off was added back in the early 2000's. At the time, the store was given the Albertsons Marketplace package. Since then it has been given Premium Fresh & Healthy upgrades throughout, including the dreaded leaf on the walls. The interior became a mix of the two packages as you can see in the original post by clicking here. As far as Acmes go, this one is nicely updated and doesn't seem to be in need of a remodel as much as some other stores. This is a widely successful store during the summer months and Acme obviously sees a big opportunity to increase sales by improving the store. Looks like the rumors from a few years ago of this store closing to make way for a Wawa were completely bogus. 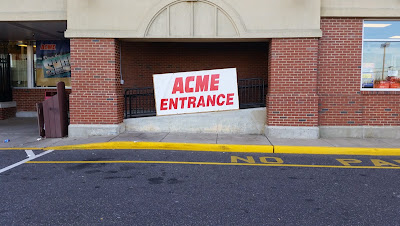 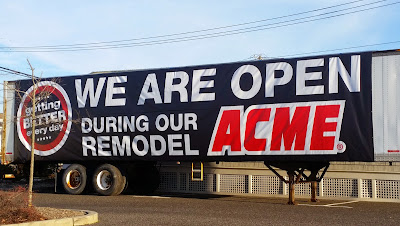 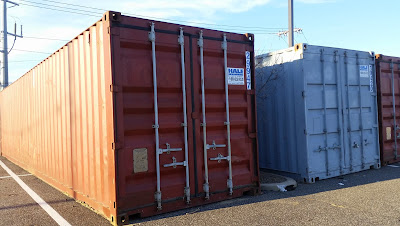 Lots of storage containers in the parking lot. Big things are happening at the Ocean City store! Acme Style will be visiting full coverage of the remodel. Thanks to our roving Acme Style contributor for getting us these pictures!
Posted by Acme Style