Inside the Egg Harbor City Acme! 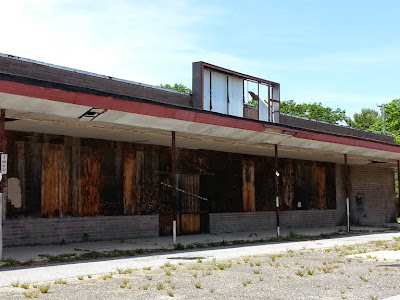 Photos courtesy of Gary in DC

Despite numerous plans to tear down this abandoned Acme, it is still standing today. The store was originally covered on the blog back in April 2009. A follow-up was done in January 2012 which included a peek inside. At the time, the roof hadn't begun to cave in so there was very little light in the store. While we could see the dilapidated condition of the interior, it was impossible to see any details, particularly with the decor. Well, here we are in 2014 and the roof has sufficiently allowing the light to illuminate the store! Lucky for us, right? 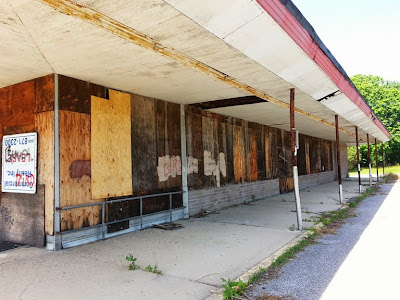 The Egg Harbor store opened November 14, 1956 and closed in 2002. The store remains a landmark, as well as an eyesore, in the area as the giant sign out on Route 30 remains standing. 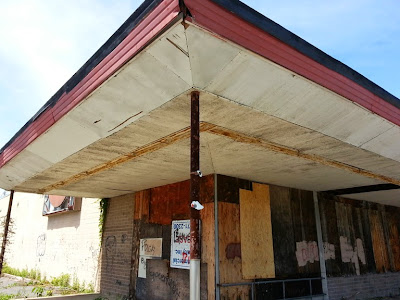 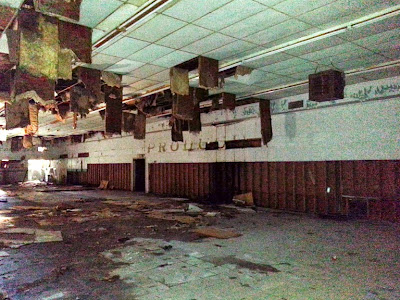 Check out the 70's Colonial Decor lettering on the walls! 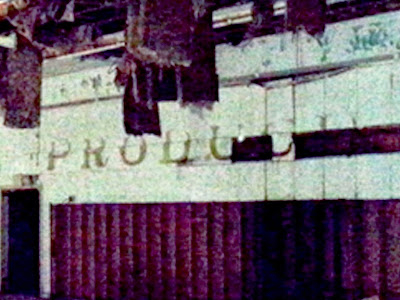 The actual letters have been removed exposing the original paint on the walls. The store appears to have been painted white without an update to the department signs. A similar situation played out at the now abandoned Brown Mills Acme. You can jump to that post here or have a quick look inside by clicking here. 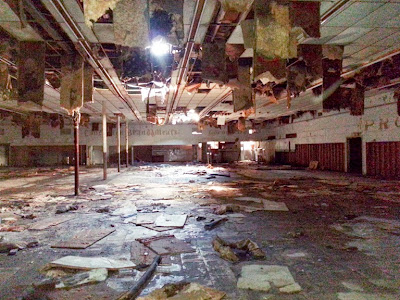 "Lancaster Brand Meats" along the back wall with "Corner Deli" in the right-hand corner... 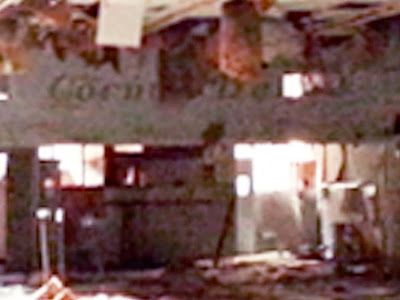 According to comments left under the original post, the Deli was added during the 70's remodel. It was not here when the store first opened. As we have seen in recent remodels, the "Corner Deli" is making a triumphant return to Acme Markets! 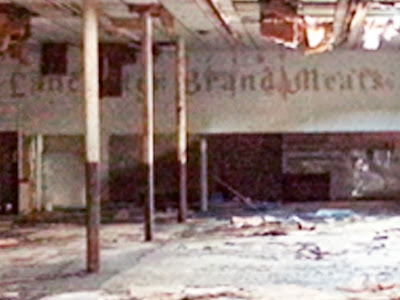 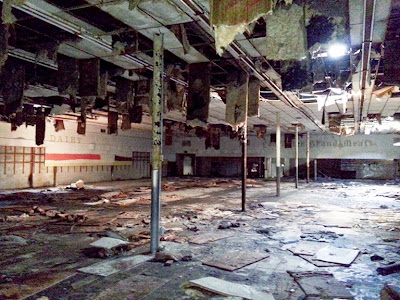 Crazy how it looks like there are actual lights on in here! Just some holes in the roof letting sunlight in. 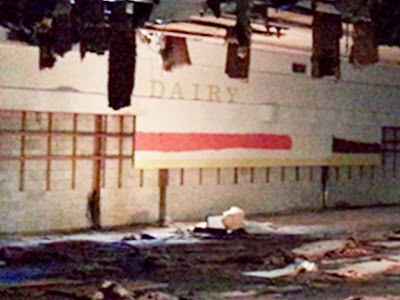 "DAIRY" along the left wall. The red and brown paint you're seeing along the wall was part of the 70's Colonial Decor. The Dairy wall was often designed to look like a simplified barn roof. The brown stripe to the rear is probably left over from the "Smoked Meats" department which was located in the back corner. Most stores had these departments by the Deli but according to a layout description that was left under the original post, the smoked meats were in this corner.

I still have burning questions about Customer Service! Gary mentioned that he wasn't able to angle his camera to see if the clock was still in the building. Here's the thing… Acme was famous for not one, but TWO clocks back in the day. We are all familiar with the clock that hung over the entrance that included a panel for advertisements. The other clock, which was only put into select Acme locations in the 50's, was built into the wall above customer service. Similar to this but in black and no numbers. 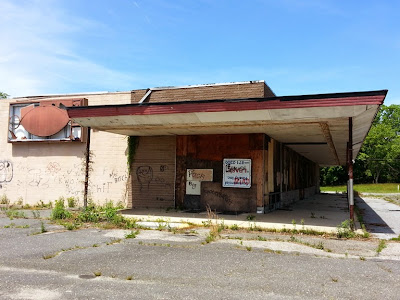 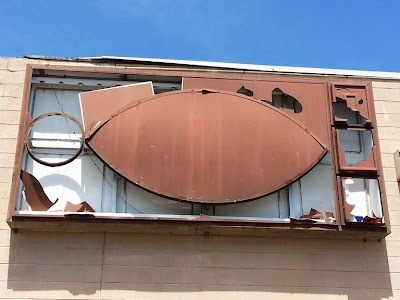 Portions of this sign were replaced over the years. The original "ACME" panel has the block-letter logo on it... 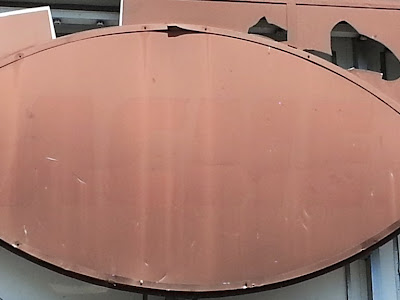 Look closely and you can see the red letters under the brown paint.

Some close-up shots of the back of the store... 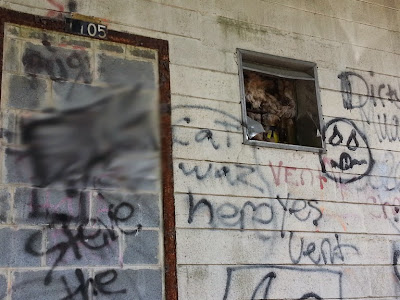 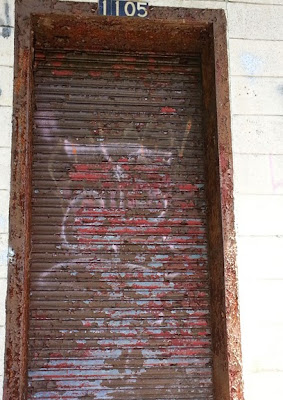 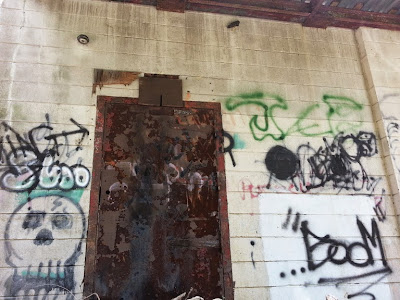 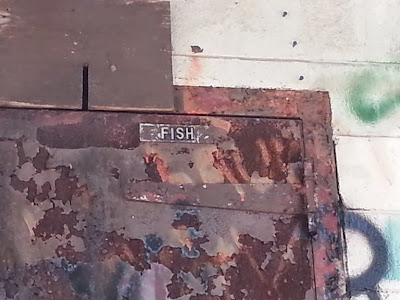 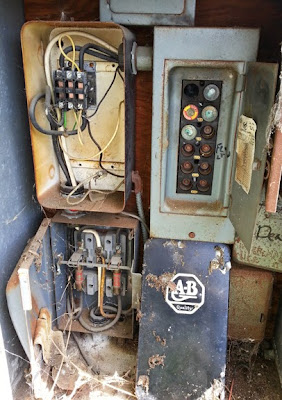 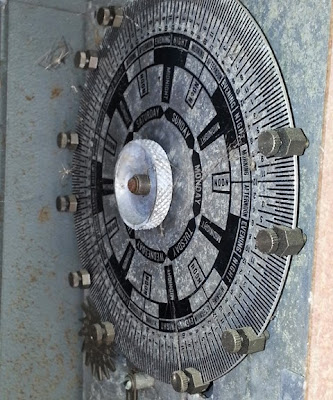 I believe this was a timer for the exterior lights. 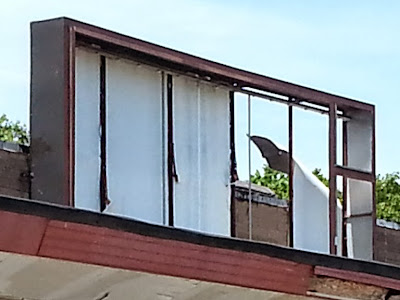 When I visited this store back in 2009, I discovered pieces of the sign scattered all over the parking. Actually TONS of pieces. The poor thing had been busted up pretty bad by vandals. I grabbed some of the larger pieces for souvenirs... 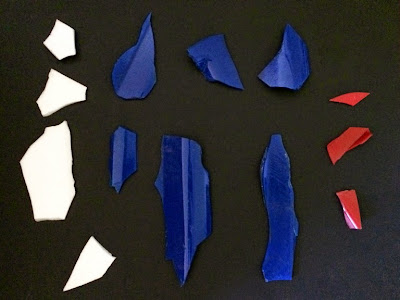 We're looking at what was the back of the sign. The front was painted brown just like the one on the side of building. The other side of these pieces are brown as well. A pictures of the assembled sign below... 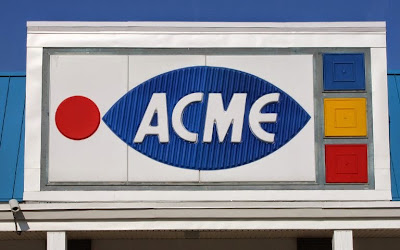 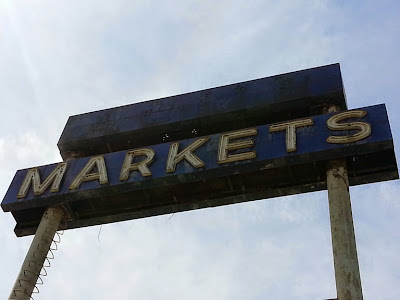 A special thanks to Gary for the update and the spectacular pictures of the interior!
Posted by Acme Style