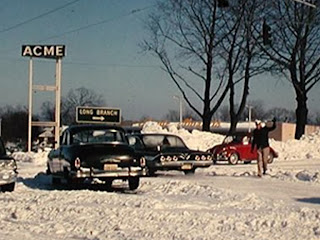 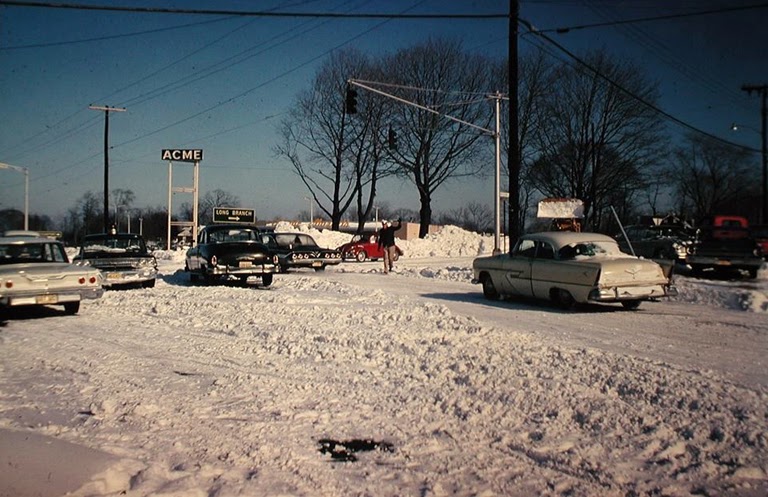 An unbelievable photo sent in by Patrick. Dates back to 1964. The photographer was capturing the challenges of the snowy intersection. Lucky for us, the former West Long Branch Acme just so happened to get captured as well. Looks closely and you can see the cursive yellow logo running across the awning. Easier to see in the first photo which is zoomed on the Acme. The picture directly above is the original.

The West Long Branch Acme was featured on the blog back in August 2011. You can jump to that post by clicking here. An office building now stands in it's place... 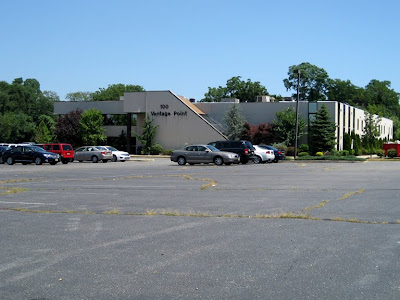 Just a few of the historic aerial images from the original post... 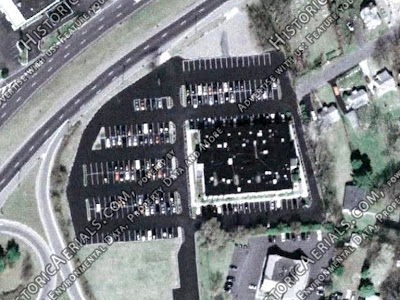 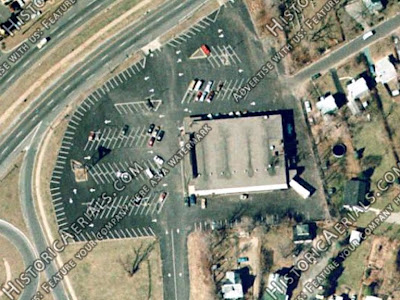 1979
This was the last year in the historic views showing the Acme. The next available image is in 1995 which shows the office building. Here we can see that the Super Saver awning had been added, although we do not have confirmation if this store was a Super Saver or was just upgraded to the fish-eye logo. 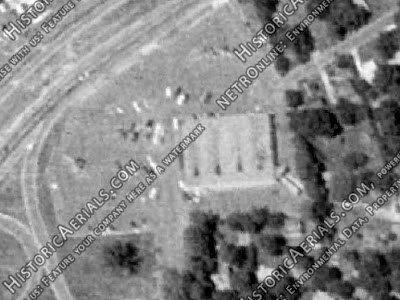 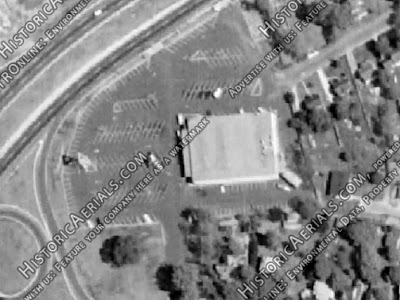 Thanks to Patrick for sharing this photo with us! He apparently has gotten his hands on several classic photos. I'll be sharing another of his in a few weeks. In the meantime, be sure to check out Patrick's blog, Charlotte Eats, by clicking here.