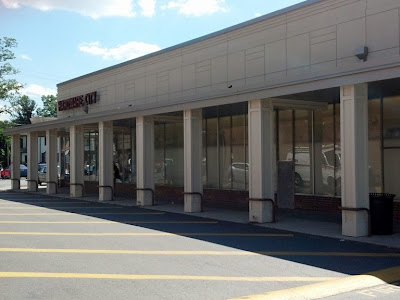 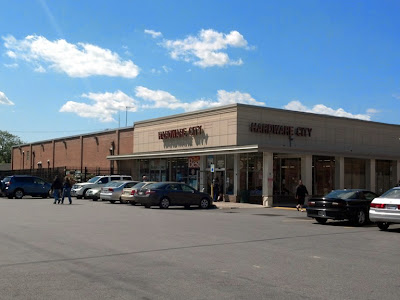 Open by the late 1960's (actual opening date: February 12, 1958) when the store started to appear in Acme ads in The Washington Post. Now a Hardware City. Not sure how long Hardware City has been at this location or if there was another tenant or tenants after Acme. The inside of the store was packed with customers and employees. Add to that the displays and aisle fixtures went almost to the ceiling. This made taking any pictures difficult. The store still had the trademark Acme air vents lining the left and right of the store that are seen in other stores on Acme Style. What would have been the backroom of the store is now an indoor lumber yard for smaller length stock. There is a staircase in the far back of the store going upstairs to employee areas. The inside shell of the store felt old. It seemed like nothing was done to the bones of the store to get it ready for Hardware City. The exterior looks like other stores on Acme Style of the same vintage. You can tell at the entrance where the "Magic Mats" for the doors once were. It is possible that the entry way and hand rails are original. They certainly have that 1960's grocery store feel to them. The rear of the store has the famous beam that would be used to crane up equipment to the compressor room. 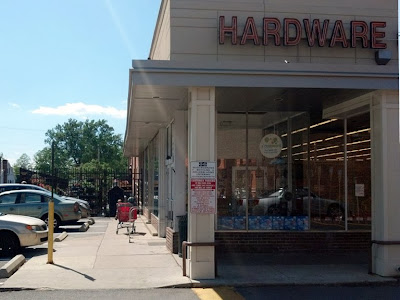 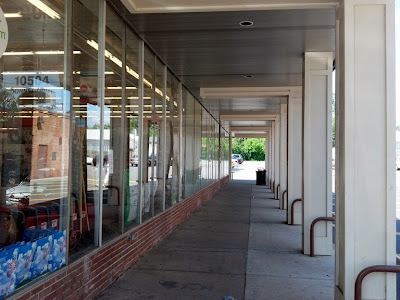 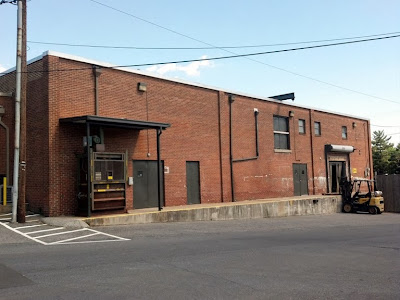 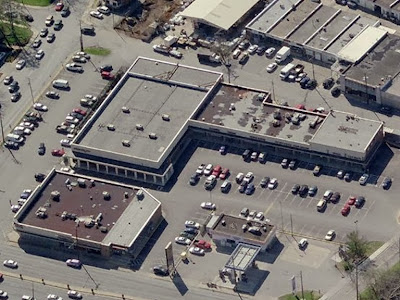 Strange layout at this shopping center. You would think the smaller, stand-alone building was added in recent years but it was actually the very first building on the property! 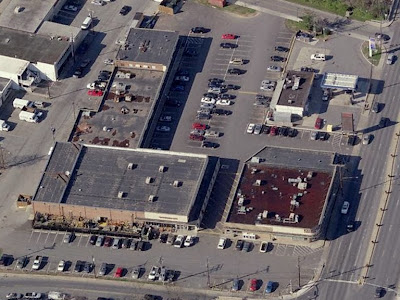 Hard to believe Acme would have built in a spot where their store front was completely blocked from the road AND the entire parking lot. Not sure if this store had a entrances on both sides. Certainly should have. 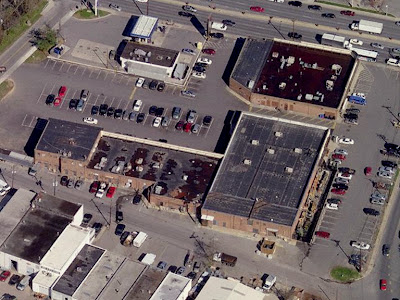 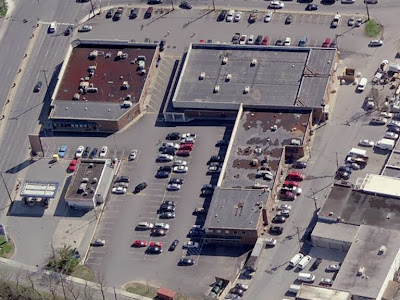 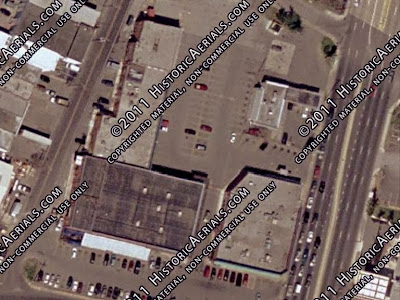 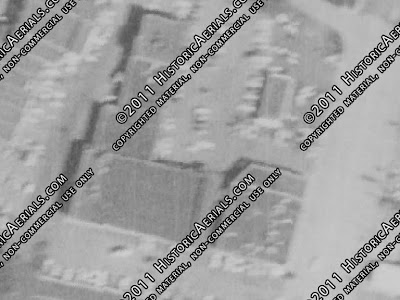 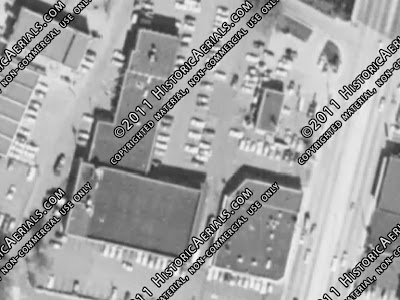 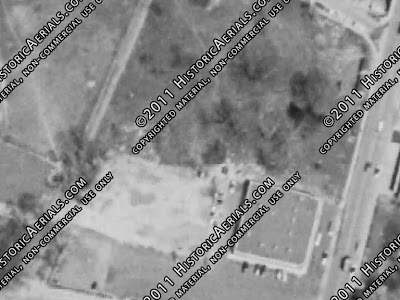 1957
The land has been cleared for the Acme. Seems like it would have made more sense to build at the other side of the property.