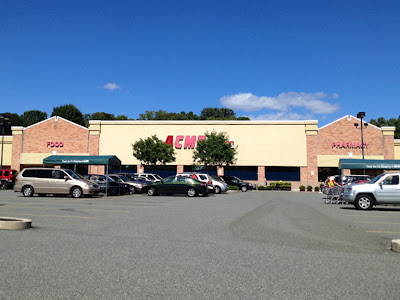 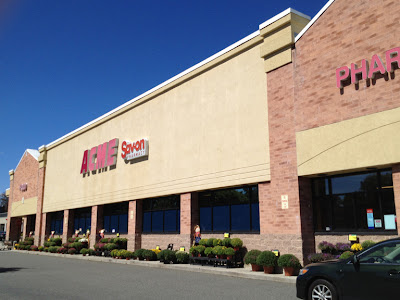 One of two Acmes in Media Pennsylvania. The other location is the famed Granite Run Mall store. You can see a picture from back in the day on flickr by clicking here. That picture used to be the first, among very few images, to come up when I would google pictures of Acme back in the early 2000's. Full coverage of the Acme at the Granite Run Mall will be happen sometime in the future. For now, we'll back to the Acme on the west side of Media...

Opening date here is unknown. The historic aerials reveal that it arrived sometime between 1958 and 1965. The original store was a Colonial Cottage model which would put it's opening closer to 1965. For a look at what this store would have looked like, jump over to Manasquan for the most gloriously preserved Colonial Cottages still in operation. I'm always surprised to see Colonial Cottages, (as I've knick named them... not an official company used term to describe the style of this old model) popping up so early in the 60's. When I began this blog, I thought these models came at the end of the pitched-roof ear which would have been the late 60's. Turns out the two models were both built simultaneously  during the 60's which seems a bit odd since they could have not been more different. I wonder what the reasoning was for choosing one over the other for any given location. The Colonial Cottages were built primarily in Acme's core market area while the pitched-roof models sprung up near and far.

The Media store remained in its original form all the way until 2002. It was that year that a major expansion and remodel began. The store was expanded on both sides with and entirely new front added, which looks more American Stores than it does Albertsons. Even with the extensive expansion, the store remains relatively small. 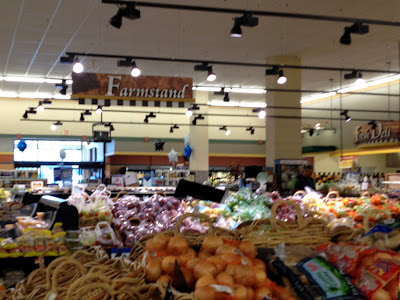 Industrial Circus version 2.0. Surprised here yet again to see this version of the decor happening so early in the 2000's. I thought this refined look came a bit later in the 2000's. (You can compare it to it's much bolder version in the Tukerton store.) Someone read me the riot act in the comment section of some post about how I've tried to pinpoint dates for the Alberstsons decor packages. According to said commenter, multiple decor packages were being used throughout Albertsons reign with no package being retired in favor of another. (Please note that I exited the Acme world in the early 90's and was rarely in an Acme in the first half of the 2000's) I would be interested to know why Alberstsons had no desire to form a cohesive shopping experience throughout the chain. Not to mention saving the expense of continually developing new decor packages. Among the packages... Industrial Circus versions 1 and 2 (seen here), Alberstons Marketplace, Acme Theme Park, Blue and Green Awnings (terrible name, I know), Neighborhood Market and Crates and Stripes (which is in just one store as far as I know). So I get it... different looks for different markets and demographics. Just seems like a whole lot of looks to burn through in about 8 years. 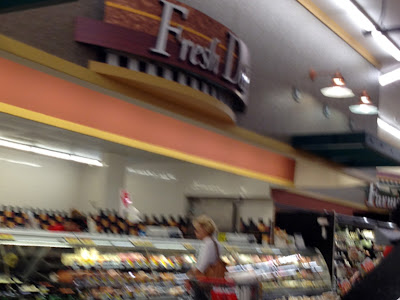 A lot of blurry shots here which I apologize for. I've been cramming too many stores into my road trips which have me making a mad dash around the interiors to get some pictures. 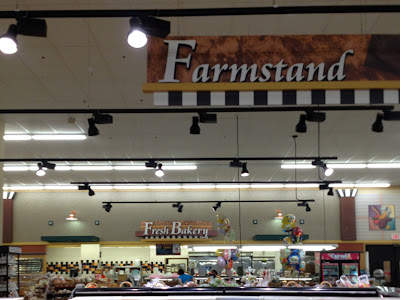 The Farmstand sign in the center of produce has lost its square with fruit illustrations. The sign below still has it... 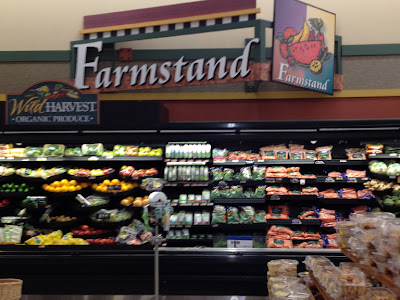 Old version of the Wild Harvest sign above the organic selections. You can see the newer version at the Tukerton store by clicking here. 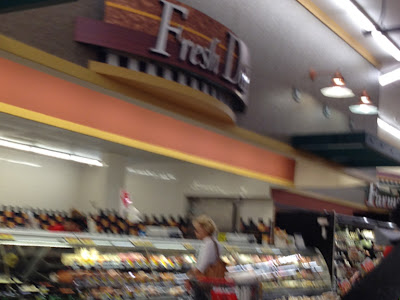 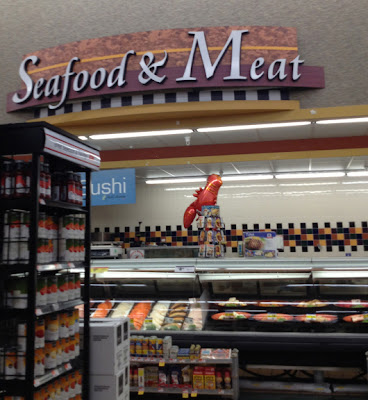 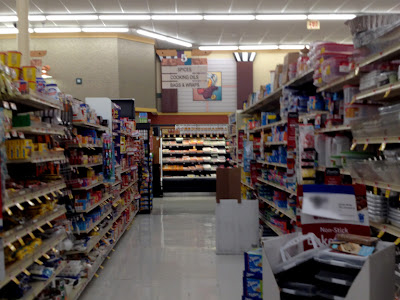 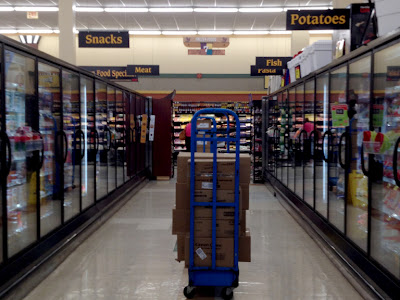 Media is still waiting for the Premium Fresh and Healthy aisle and category markers. The upgrades have happened in stores regardless of the current decor package. Mays Landing has had the new signage while keeping the Industrial Circus decor. 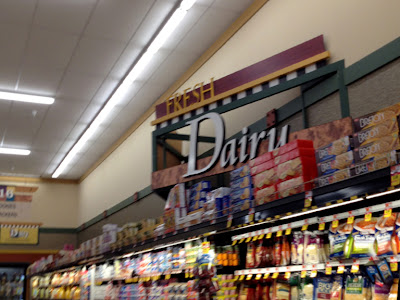 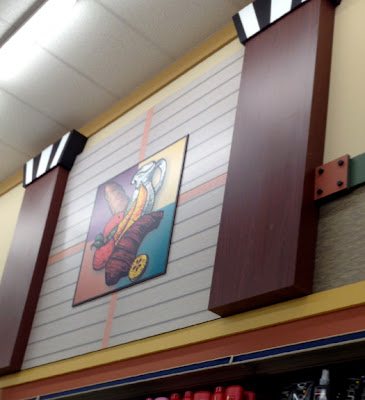 Flat treatment of this decor element in the 2.0 version. Click here for a look at the full 3D version, including corrugated steel panels, in the 1.0 version. 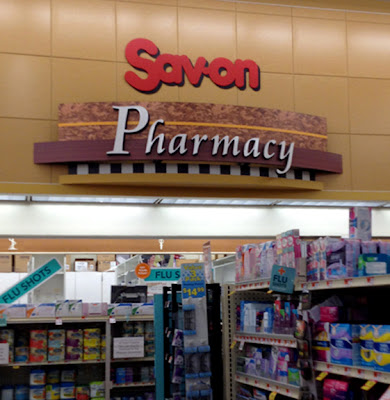 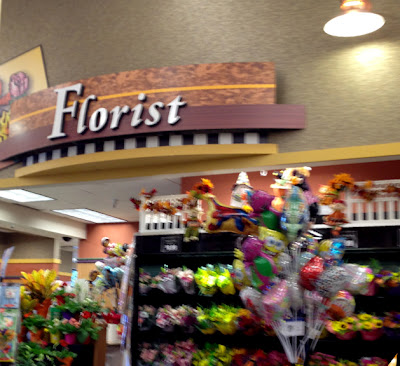 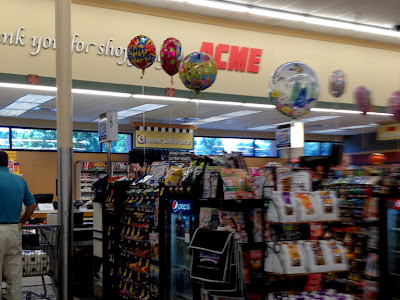 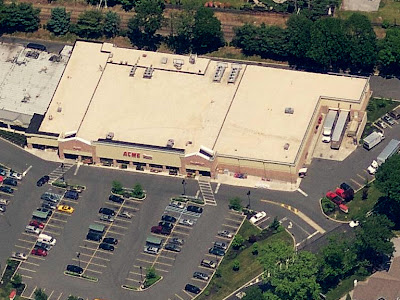 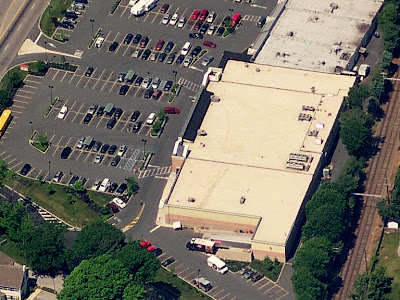 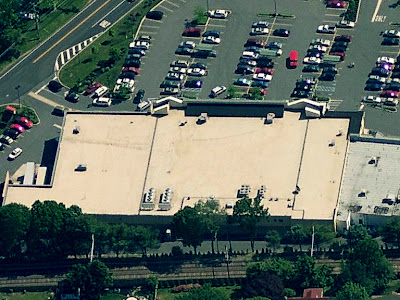 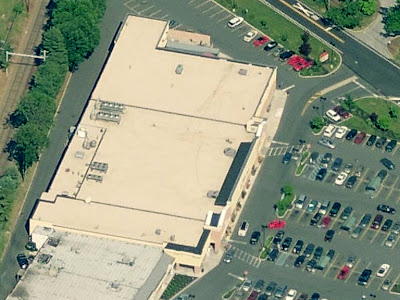 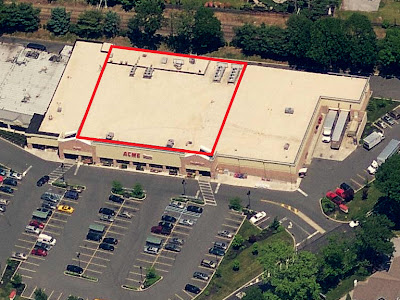 The original building outlined in red. As you can see in the photos above this one, the seams between old and new are very visible. 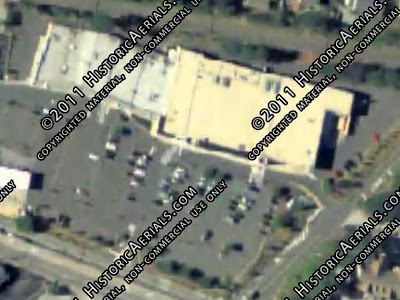 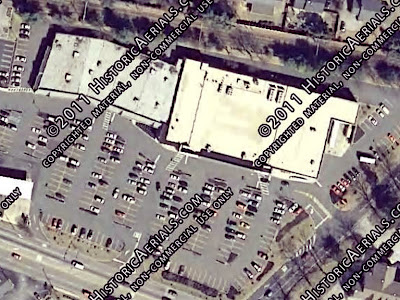 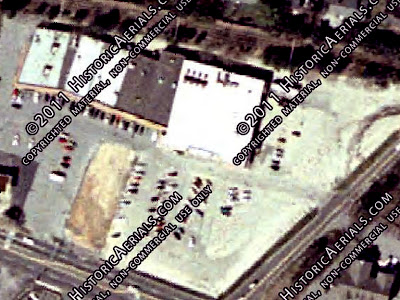 2002
Colonial Cottage still going strong in 2002. Hard to believe it took so long to have any kind of expansion with the empty lot just next door. 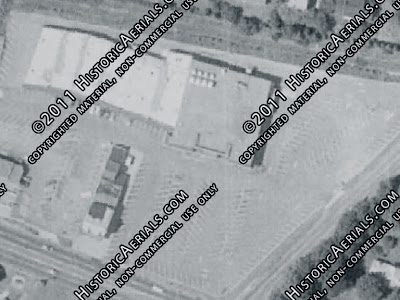 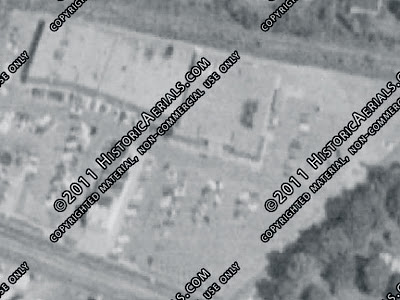 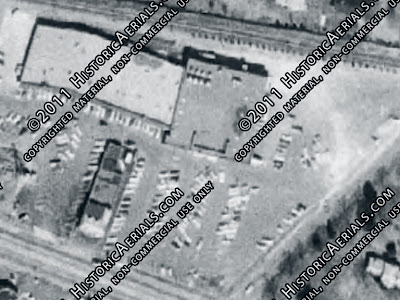 1965
Looks to have gotten some good crowds in its early years. 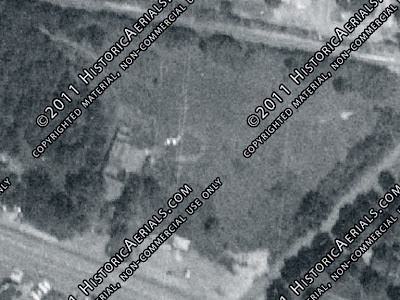 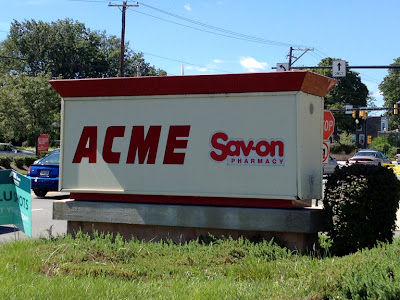