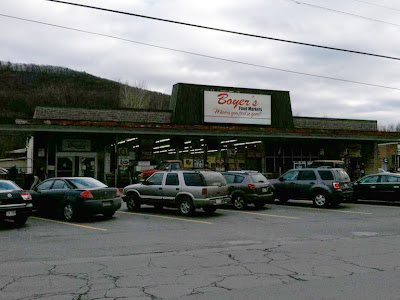 Photos courtesy of John from WISL1480.com 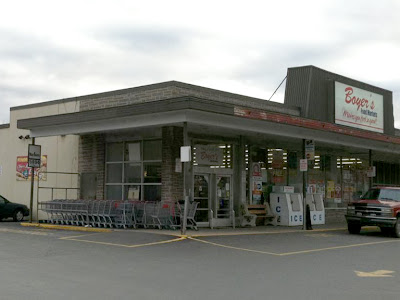 The first of six former Acmes that are currently home to Boyer's Food Markets. We'll be taking a look at three locations that John photographed for us. The remaining three will be listed in the final post of the day.

The Ashland Acme opened in December 1959. I believe this store was among the 45 sold off to Penn Traffic in 1995. A relatively small store for it's time. Not nearly as wide as the typical late 50's model. The building appears to have no back room space along the right side of the store which was pretty standard for the time. The sign treatment seen on the roof is similar to the Washington NJ store. While not as deluxe of an upgrade like on the Sparta store, it's certainly better than the sign-only treatment which you can see at the Shaverton location. 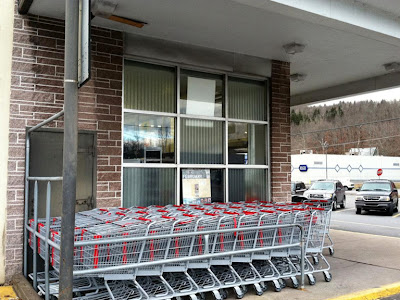 Most 50's model had the entrance and exit where these windows are as opposed to the front of the store. 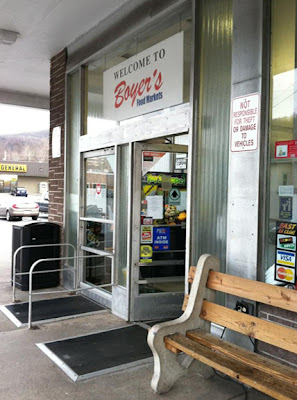 Magic carpets still in operation and looking good. The bench is a hold over from the from the Acme days as well, probably with some new wood slats. 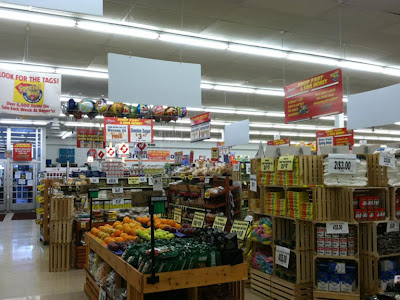 Not only does the store still has the classic 50's layout, it also has remnants of Acme's decor on the walls! 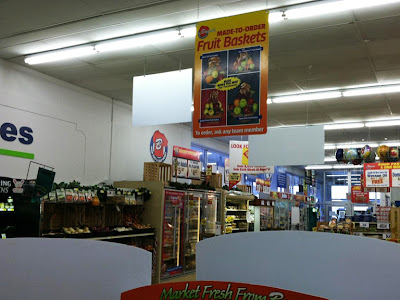 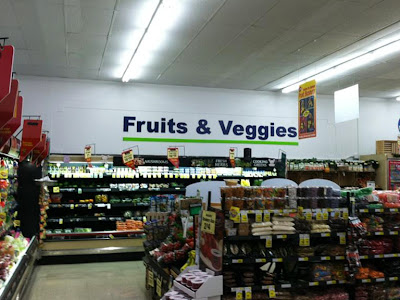 Outlines of the former Acme decor remain on the wall around the Fruits & Veggies sign. For a look at what this would have looked like in Acme's days, click here. 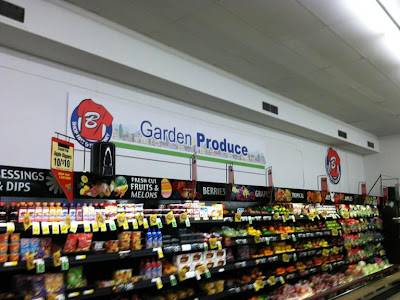 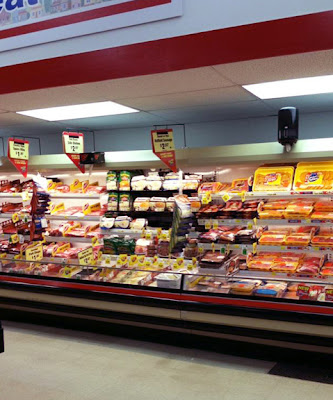 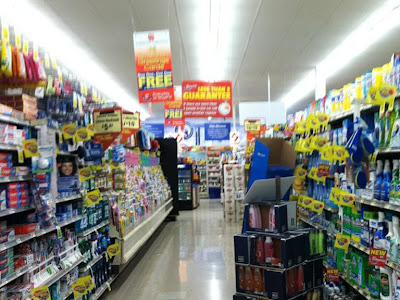 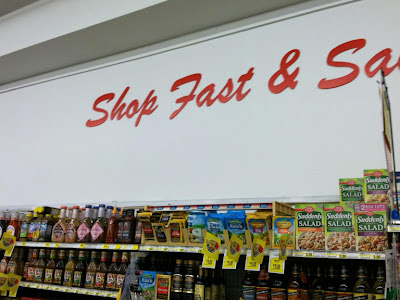 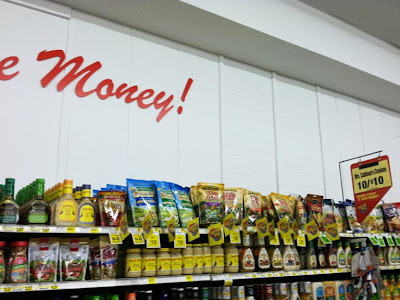 More Acme decor painted over on the wall above. 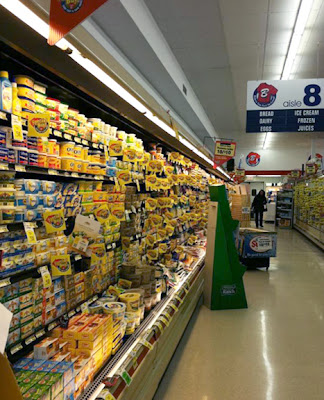 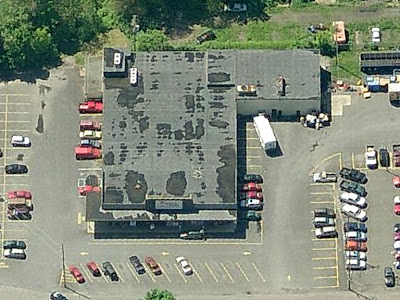 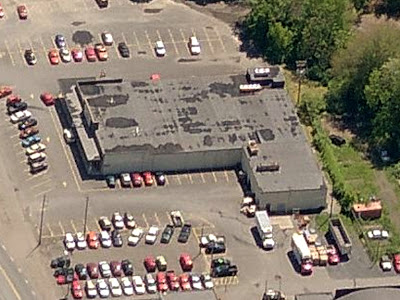 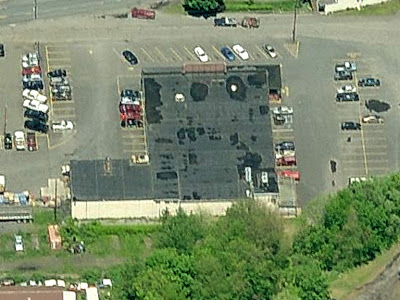 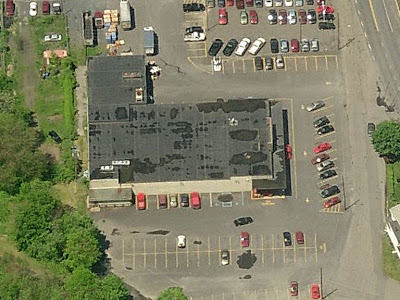 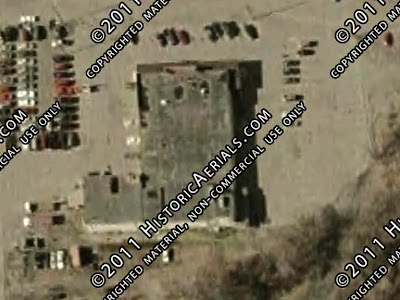 2004
Only two satellite views to be seen for this area. You will see that the section on the right side was not origianlly part of the building. 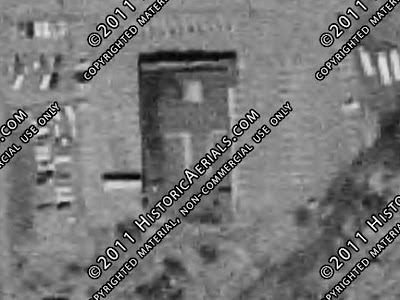