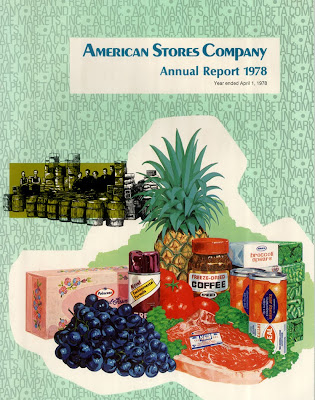 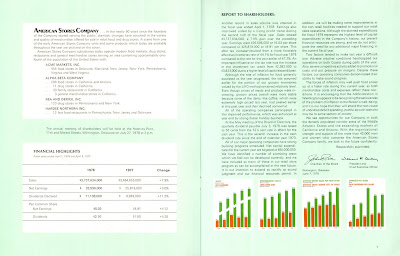 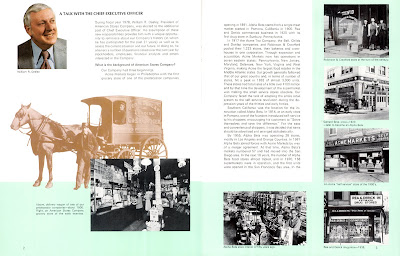 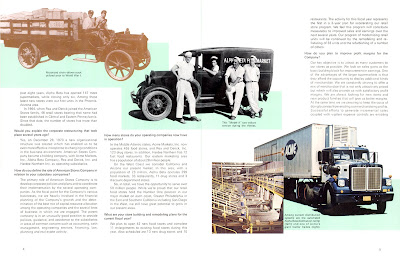 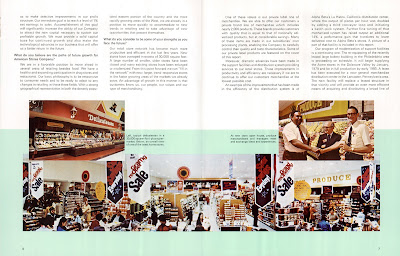 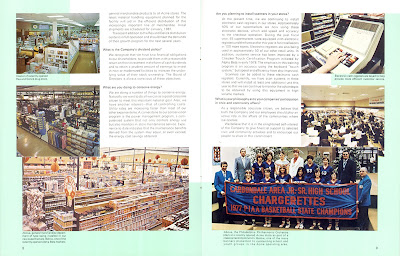 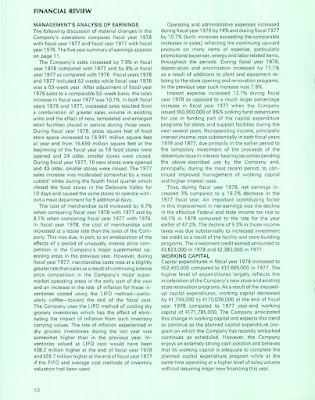 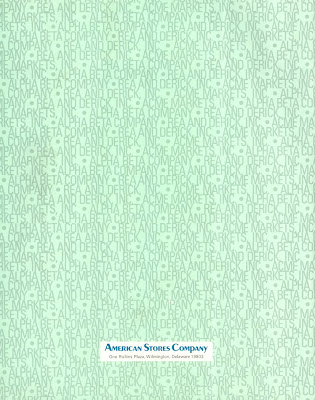 And now for some extreme close-ups of the Acme store images... 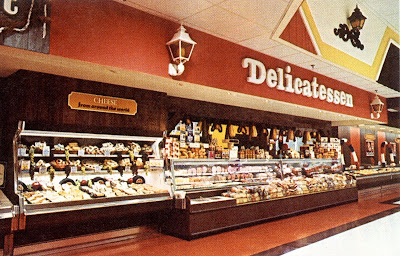 Finally! A good look at the "deluxe" 70's Colonial Decor that I've mentioned but haven't had any pictures to show until now. (We have seen the basic decor at the Somers Point store.) One of the more deluxe elements of this package were the colonial styled lights up on the walls, which weren't working lights. Interesting to see them used along the Meat Department wall. They were more commonly used in Produce and Bakery. Interesting too that the Deli here is not the standard issue "Corner Deli". Perhaps that name got nixed as this Deli doesn't appear to be the corner of the store. If you look along the back of the meat cases (all the way to the right), you can see the brown and orange paneling that was used in the 70's decor. The panels are visible in the in the abandoned Bordentown and Rockaway stores where they were covered over during subsequent remodels. 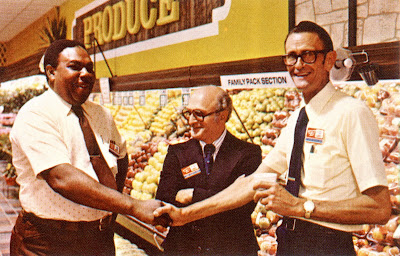 Check out the slate tile floor in the bottom left-hand corner. Standard issue in the 70's and early 80's Acmes. You can see a good close-up shot here. The Manasquan store still has the flooring in Produce. Probably the last store to have it. Nice wall treatment here too with the fake stone and wood planks behind the Produce sign. 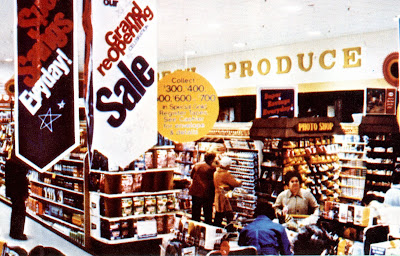 The caption to these pictures indicates that this is a brand-new store but we can see from the signage that it's apparently a Grand Reopening. (Wow, do I love those banners!) Either way, this place got the deluxe treatment! 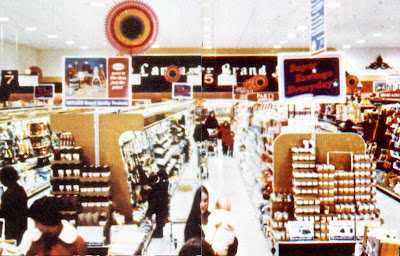 The signs above the front of the aisles were a mainstay until the mid 80's. I remember having to change them out a couple times a year. Not a fun project. The aisle markers here appear to have been designed to go along with the decor. You can see the more commonly used markers still hanging in the Mantua store. These were more of a generic marker that could be were to generate advertising income and remained in stores even through the 80's remodels. 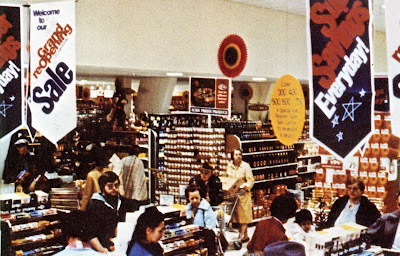 Very odd left side of the store. If you look closely you can see there are at least 12 aisles. Strange support structures below the dropped ceiling section. Looks as though this building may have been a former Penn Fruit store which Acme took over. The supports seem to indicate an arched ceiling which may be disguised by the drop ceiling over the center of the store. Not a standard 33M which was a popular back in the late 70's to early 80's. As great as these pictures are, we are still missing a view of Dairy and Bakery. The one thing I continue to be on the hunt for is a picture of the crazy gold and brown wallpaper used in the Bakery Departments. 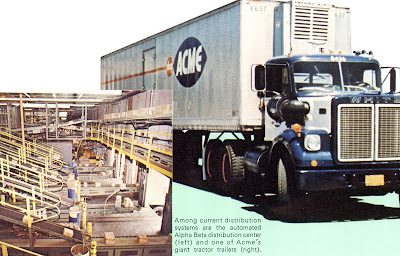 For all the Acme truck fans out there. Pretty cool seeing inside an old warehouse. 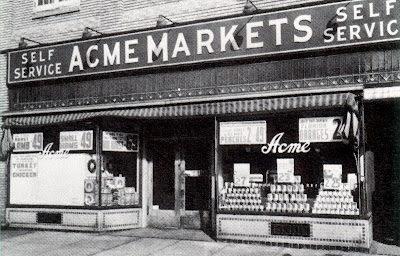