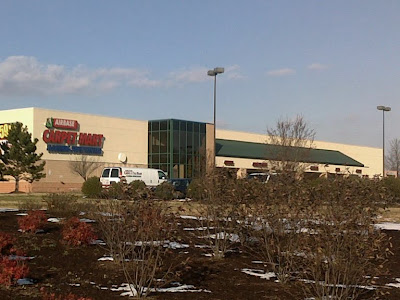 Photos courtesy of Andy B

Back to Millsboro Delaware! This former Acme made it's first appearance during Acme Style's very early days. At that time I only had satellite photos to share but the story here was so compelling it had to go up on the blog. Millsboro started out as a pitched-roof store and underwent a massive $5 million expansion and renovation in 2001 only to go belly up a year later. While the company blamed road construction along Route 113 for paralyzing business at the newly renovated store, the bigger issue here was a failure to renew union contracts for the region. The plug was pulled on this store as well as the Cambridge and Saulisbury stores in Maryland. The equipment from this location was removed and transfered to the newly constructed Centreville, MD store. 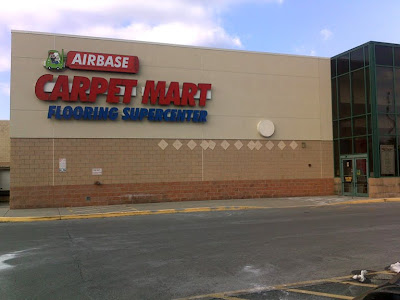 Andy reports that Acme's labelscar could be seen on the store under the Carpet Mart signage until just recently when a good exterior cleaning wiped it away. 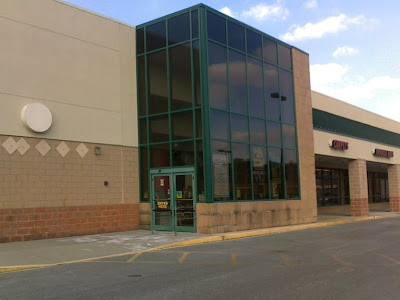 Certainly on of the most unique pitched-roof conversions. Doesn't resemble any other model out there. 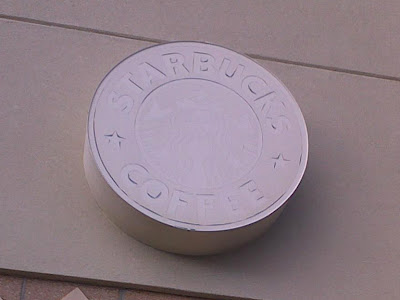 Starbucks sign is still on the store! Quick coat of white paint and no one will notice. 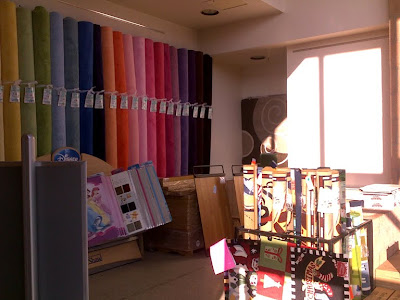 The vestibule. Acme's exit was back where the swirly rug. 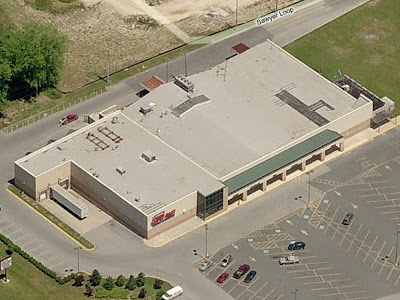 One of Acme's greatest "crash and burn" stores. Ranks right up there with Freehold, NJ. Speaking of which...
Posted by Acme Style