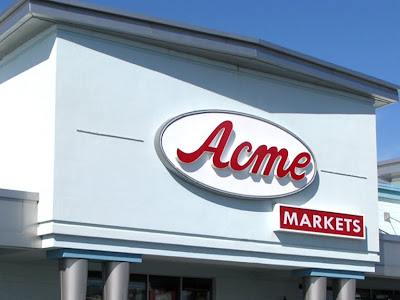 A summer vacation on the Jersey shore is known for many things- beautiful beaches covered with colorful umbrellas, seagulls riding the wind currents and… Acme??? Yes, Acme. As recent Acme Style posts have illustrated, there is a good chance an Acme store played a small part in your summer vacation if you vacationed on the Jersey shore. As one of the state’s premier shore vacation spots, it should come as no surprise that Acme- dating back to the days of American Stores- maintained a heavy presence on the world-famous barrier island.
The first American Store opened in 1903 on the corner of First and Central Avenue. As Wildwood became more populated with both year-round residents and summer vacationers, additional stores were constructed on the island. According to Wildwood By-The-Sea: Nostalgia & Recipes (Anita Hirch; www.tasteofwildwood.com) a total of seven American Stores were open for business in Wildwood and Wildwood Crest by 1928.

More stores were constructed as the American Stores name was phased out in favor of Acme Markets. An Acme store on the corner of Pacific and Maple Avenues was assumed the role of Acme’s flagship store in the Wildwoods as the first half of the twentieth century came to a close. With its towering neon sign that could been seen blocks away on Pacific Avenue- one of the main roads on the island running north to south- there was no denying Acme’s position as one of the era’s prominent grocers. 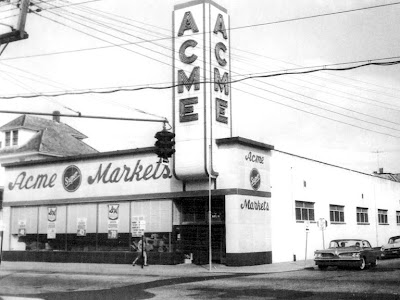 In the years following World War II, grocery stores evolved from small neighborhood markets with a limited variety of items to larger, full-service entities where people could satisfy all their shopping needs in one convenient location. Acme Markets constructed a new state-of-the-art store at Park and Bennet Avenues in Wildwood for the summer of 1957. Unlike the towns’ previous locations that operated under both the American Stores and Acme banners, Wildwood’s newest grocery store was on the western end of the island, blocks away from the business district along Pacific Avenue and the hotels and motels near the beach and boardwalk. As more people began to rely on the automobile, it was increasingly less important for grocery stores to be located within walking distance of most customers. 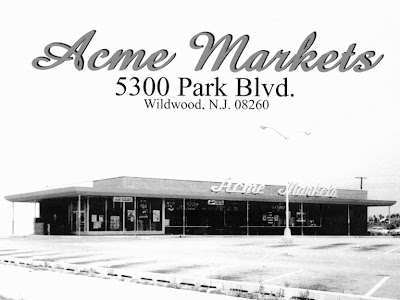 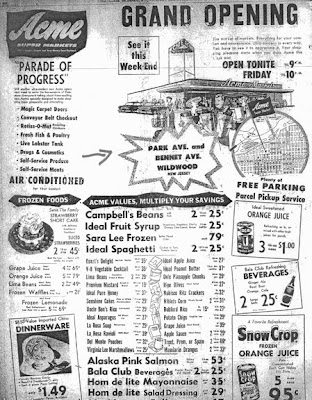 Wildwood’s newest Acme store was nearly identical to hundreds of others that opened around the same time- quite a few of which have been featured here in the Acme Style Blog. An article published in a local paper covering the opening of the “giant new Acme supermarket”- the 21st opened up to that point in 1957- touted many of the store’s features: 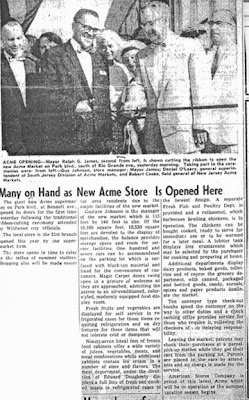 Over time, the island’s other remaining Acme locations were shuttered, leaving the new supermarket to service Wildwood, North Wildwood, Wildwood Crest and West Wildwood (other nearby shore area locations included Cape May and Sea Isle City, as featured previously on Acme Style.) Some locations were demolished over the years as real estate became extremely valuable during the post-WWII boom years, while others were repurposed. The former flagship location at Pacific and Maple Avenues is currently the home of Atilus Gym. 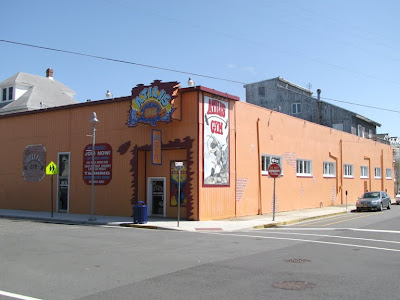 Considering the structure hasn’t been an Acme store in approximately five decades, it bears many of the attributes it once had as a grocery store. The towering neon sign is long gone but the gym’s entrance is located in the same spot as the entrance to the Acme store and the seven windows along Maple Avenue are still intact. Even the small overhang over the front of the building remains, and the space once occupied by the sign tower is covered with the sign for the gym. 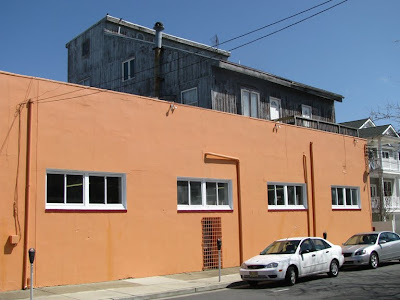 As the Park Avenue store began to age, the location was modified with interior upgrades as well as a remodeled front canopy that included a caged area for the sale of beach chairs, umbrellas, boogie boards and toys during the busy summer months. A remodel in the early 1990’s brought the checkerboard arch décor that would end up being the last significant upgrade made to the location. 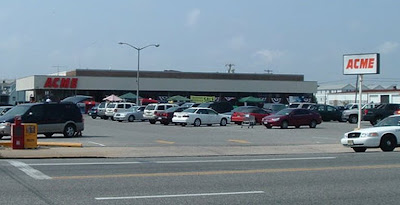 Update 9.5.10: The Wildwood Acme in the years before demolition! I saw this picture online years ago but when it came time to prepare this post, I could not track it down. Pretty sure it has vanished from the web. Rob and I have both been searching for a picture of this store during the 2000's and had come up empty handed. Fortunately the "Help Wanted" ad at the end of this entry got us the results we were looking for! Thanks to Trex354 for sending it in.

By 2005, the once-modern store had begun showing its age. With the air conditioning system needing to be replaced and no obvious solution to the sloped floor that led to shopping carts taking on a path of their own when left unattended, the decision was made to replace the antiquated building with a new one. However, because of the narrow timeframe in which Acme had to demolish the old building and construct a new one, the project would prove to be one of the company’s most ambitious in recent years. Wildwood’s season typically ends long after Labor Day and begins around Easter Sunday, and with no additional land to work with, Acme had to move fast to make sure as little in-season business as possible was lost to Wildwood’s impending lack of an Acme location. 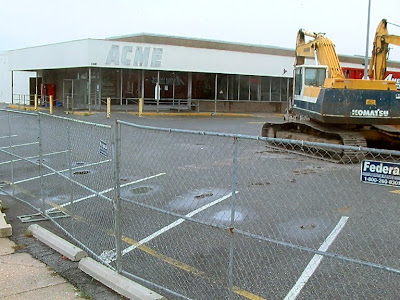 The new store, much larger than the one it replaced, had the unique distinction of looking unlike any Acme that came before it. Constructed in the Neo Doo Wop architectural style that harkened back to the cutting edge architecture constructed in the Wildwoods in the 50’s and 60’s, the island’s new Acme supermarket featured a pastel blue exterior, chrome accents and a script logo that suggested the company’s past without directly copying it. Yet while different on the outside, the new store was very typical of modern Acme locations on the inside. 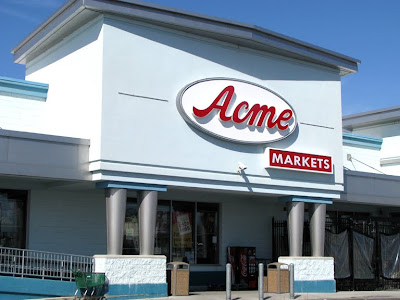 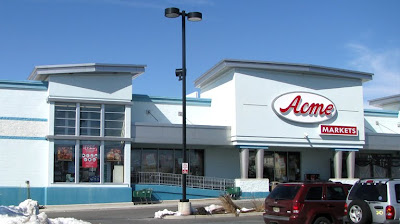 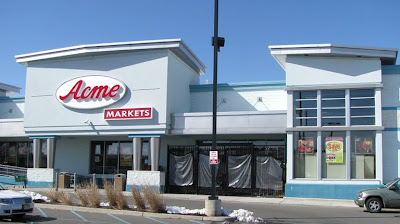 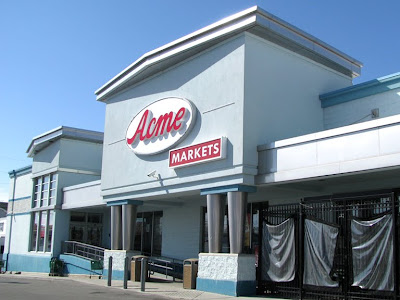 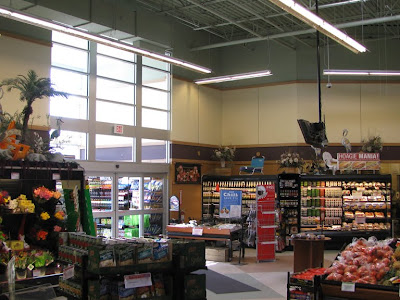 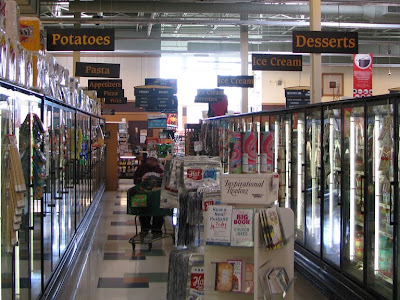 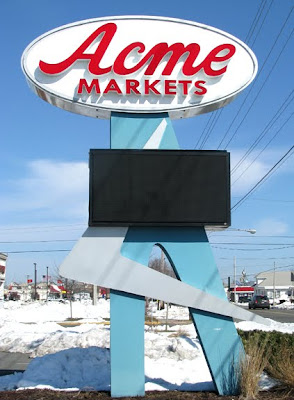 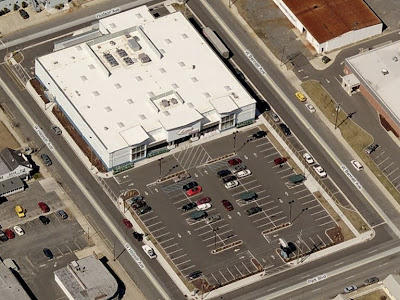 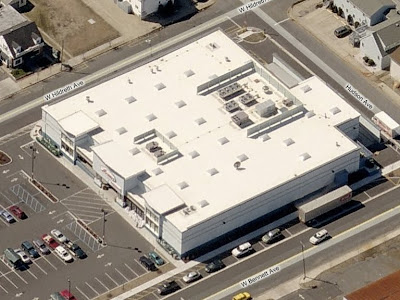 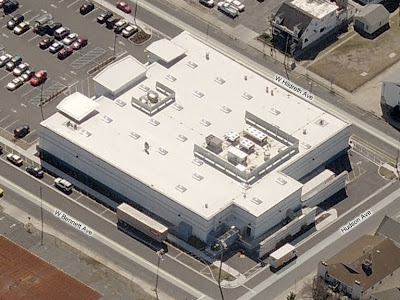 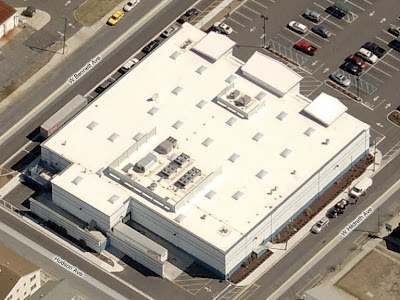 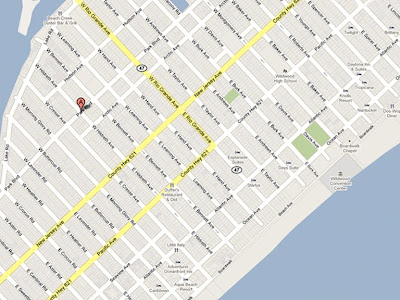 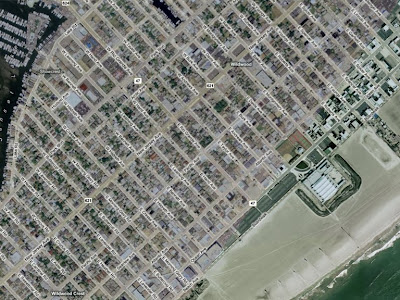 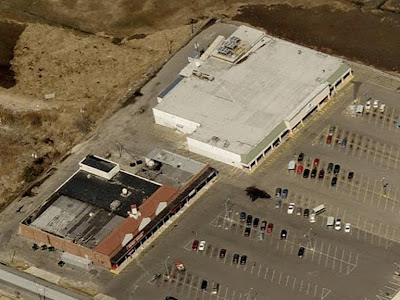 Super Fresh at 24oo Delaware Avenue with a former Centennial A&P next door. 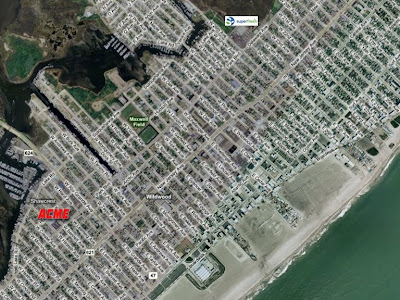 Help Wanted: We are looking for a picture of the old Wildwood store prior to demolition. I've seen one or two on the internet in the past but can't track any down at this time.