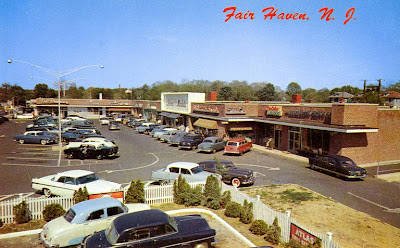 Guess this strip mall was a big deal in Fair Haven back in the 50's. Featured in it's very own postcard! Look closely and you can see the original Acme Markets there in white with blue logo painted across the front. The Acme is still open for business but at double the size you see here. Unusual seeing a "Main Street" model as part of a strip mall. Thanks to Patrick for sending in this image! 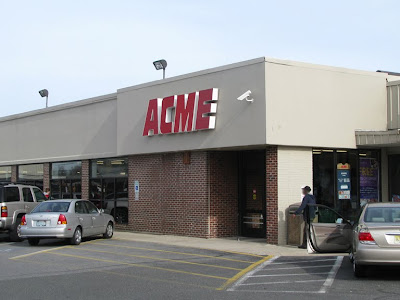 The Acme today. With a most unfortunate facade treatment. The store was expanded into the section with the yellow awnings in the old postcard. Judging from the old satellite photos, it appears that the expansion happened not too long after the original store opened. 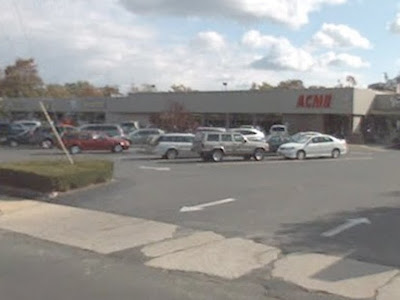 Google street view with a broader shot of the shopping center as it is today. Would have been nice if Acme fashioned a facade more appropriate for this charming small town. The interior of the store is quite nice and is among Acme's smallest stores still open for business. Albertsons did this small store serious justice with it's early 2000's interior remodel. Can't say the same for the exterior. 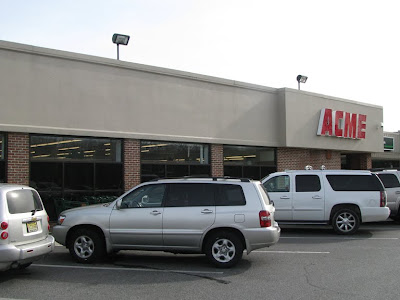 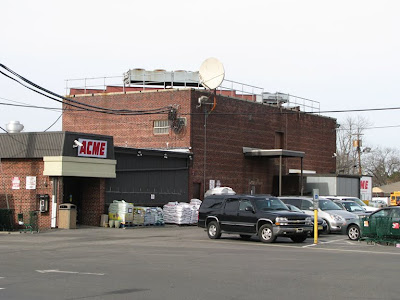 A view from the back. The current layout of the interior makes this the most logical entrance. The "Grand Aisle" runs along the back of the store just through the doors under the Acme sign. The two story section appears to have been added on during the expansion back in the late 50's/early 60's. 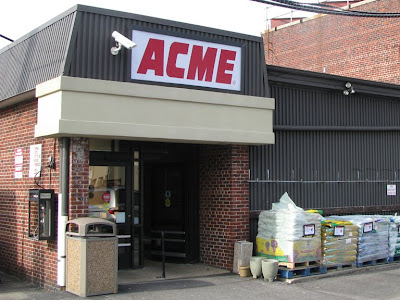 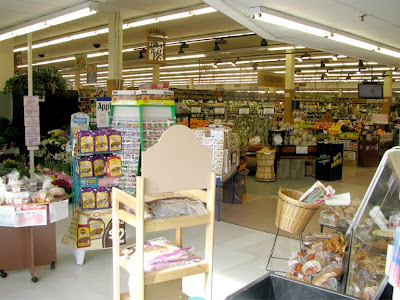 This is a pretty spectacular smaller Acme. Scaled down Albertson's Marketplace decor. The decor is essentially miniaturized as we will see shortly. 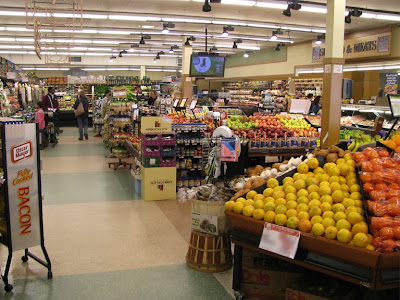 The impressive Grand Aisle... very large produce department for such a small location. The addition of this huge department bought the grocery aisle count down to 7. There were probably more like 9 aisles back in the day. 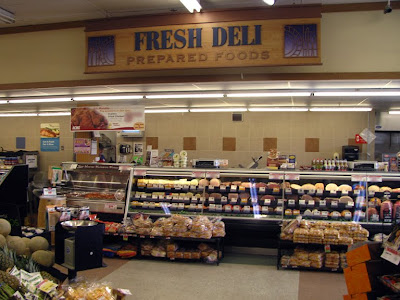 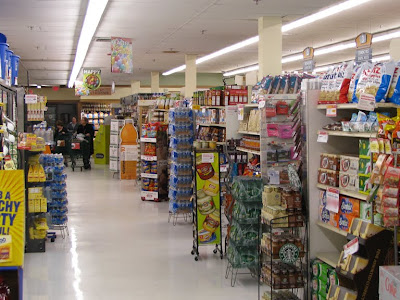 The "back" of the store, lined with grocery shelves and some frozen cases. Meat and Deli are along the far wall. Notice the how the lights run front to back... another indication that the aisles may have run the same way. 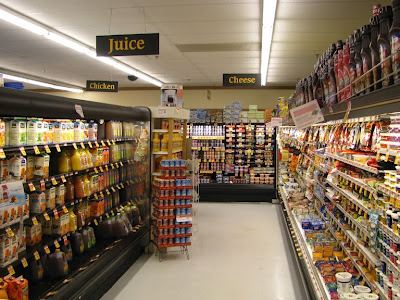 The Dairy alcove. Looking towards the front of the store here. The cases to the left here form an island... you could turn to your left and walk out into the rest of the store. 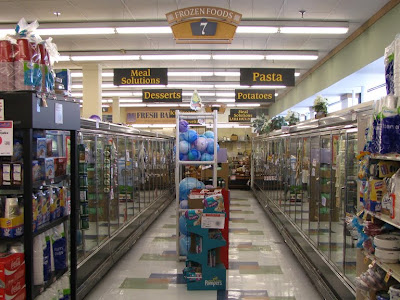 Frozen Food cases along the front of the store. 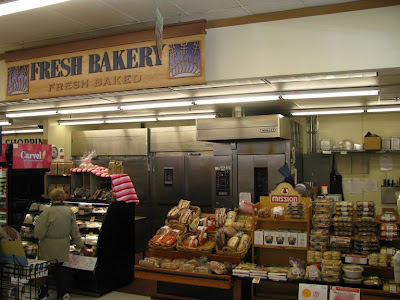 A substantial In-store Bakery department. It looks as though the Albertsons remodel focused on increasing fresh offerings and reducing grocery and general merchandise offerings. 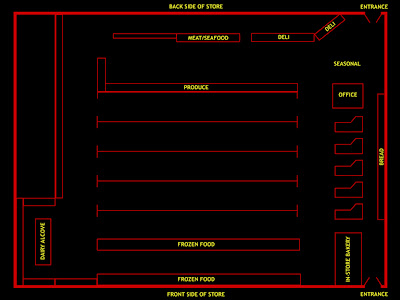 Very rough floor plan here to give you an idea of the layout. Created from memory so I don't have many labels as to where items are located. The floor plan graphic looks a little sad but you get the idea. 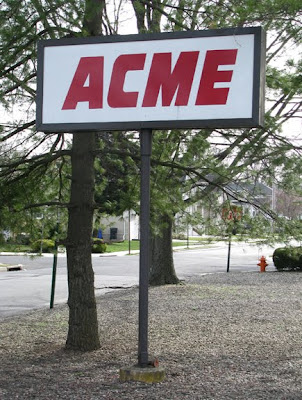 This Acme is a must-see destination for serious Acme fans.

Aerial images of the shopping center as it is today... 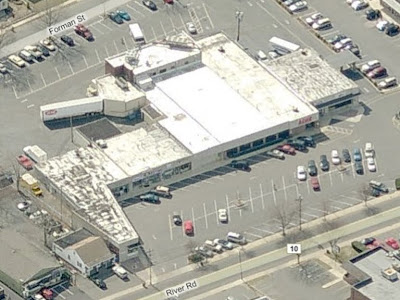 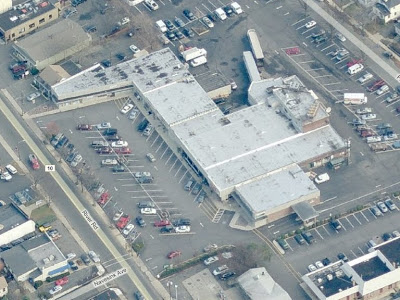 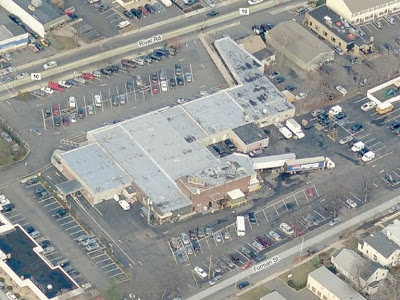 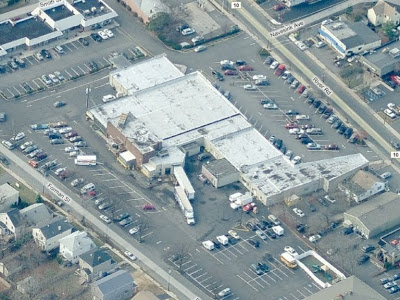 Historical aerial images as the shopping center over the decades...

The original Acme now open. You can see how the two-story section to the rear doesn't exist at this point.

By 1963, the major expansion appears to be complete.

By 1979, new loading docks and backroom space have been added.

Probably around the time of the Albertson's remodel. I can't find any information online about the store's Grand Reopening. 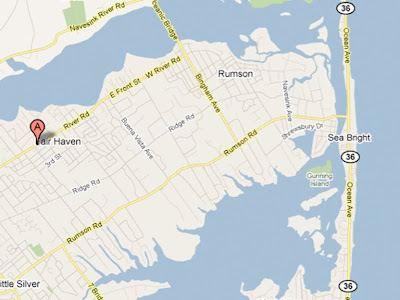 Close to water, but still a good drive to the the beach. 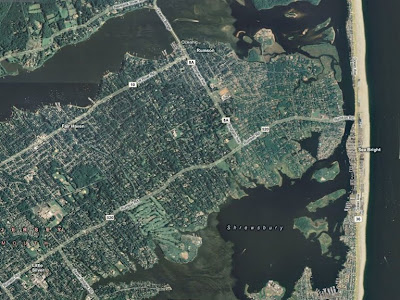 Fair Haven isn't quite a beach town and the Acme probably doesn't see a huge increase in sales during the summer. A lack of competition in this area is a big reason for the Acme remaining successful all these years despite it's small size. There is a Foodtown over in Red Bank. Stop and Shop also had a store there. I believe it was a relatively new store that closed a few years ago. A Super Foodtown moved in but they only lasted a short time in the location. It now sits abandoned.