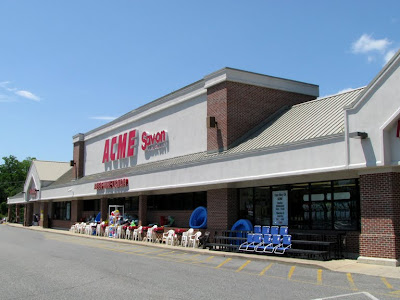 The Cape May area of New Jersey has four Acme Markets. We've already visited the old pitched-roof store in Cape May and we're now moving on to this Acme located in the small town of Cape May Court House. The two other locations will, unfortunately, have to wait until next summer's tour. This year's Jersey Shore Tour cannot be extended and must come to end by Labor Day Weekend. 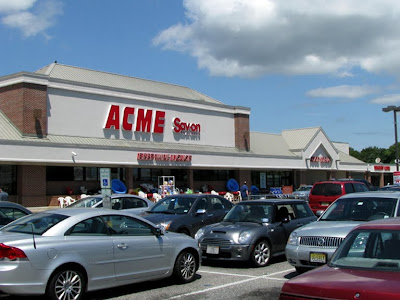 As we will see below, this building did not start out as an Acme. The Acme was originally located at the other end of the shopping center. The facade seen here was used frequently during the 90's on stores that were remolded and expanded. I'm not sure if there were any brand new Acmes built with this exterior look. All the stores that I have researched with this look were older Acmes that were given significant make-overs. If anyone knows of any Acme's built from the ground up with this facade please let us know in the comments section. 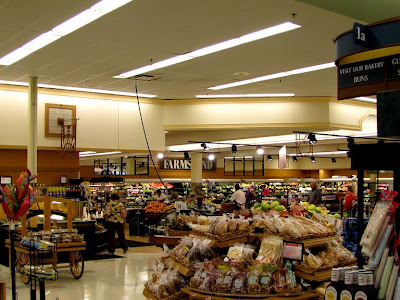 The interior here is the basic Albertson's Marketplace decor. The floor tiles indicate that this store started out with the 90's Red/White/Blue decor package. 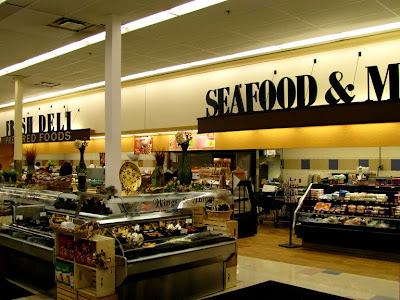 Among other elements missing in the basic decor package are the blue light boxes on the walls above the service departments. The color scheme here is also lighter than the original Alberstons look. 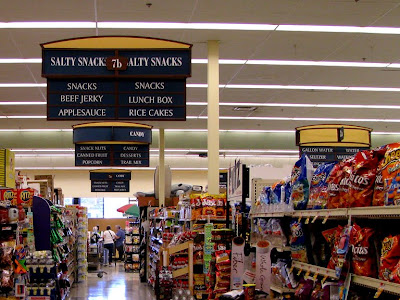 The aisle markers here match those of the Industrial Circus Decor. You can see an example from the Tuckerton store here. I have seen these aisle markers in other Albertson's Marketplace stores. So the question is... did they carry this design over to the newer decor package or were the Industrial Marketplace aisle markers upgraded to the new look? Notice too how the slope up on the ceiling is painted a light green. This slope is very common in stores built or remodeled in the late 80's throughout the 90's. Most stores now have this slope painted green which makes for a very nice effect throughout the store. 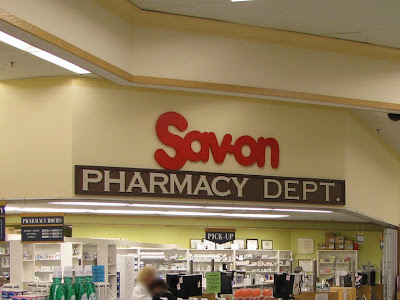 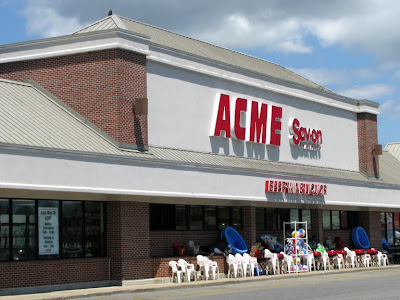 "Beer • Wine • Liquor" along the awning. One of the few Acmes that carry alcohol. I believe this is more common in Maryland and Delaware stores. Big selection of beach supplies here too. 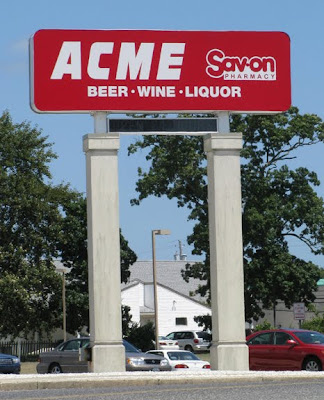 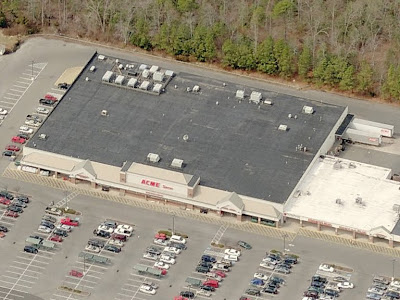 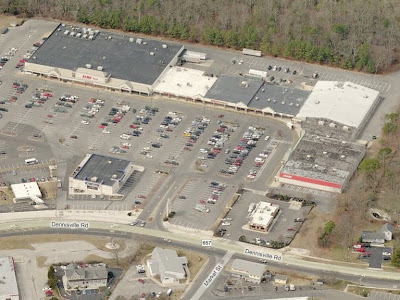 And the original Acme at the other end. A former pitched-roof store that has been morphed into the shopping center. 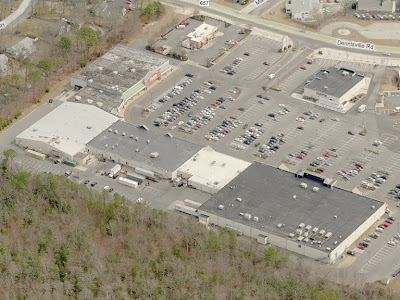 We'll see down below how the old pitched-roof was stripped down to just the walls and roof. Now a Marshall's. It may have been other stores over the years judging from the scars on the back of the store. 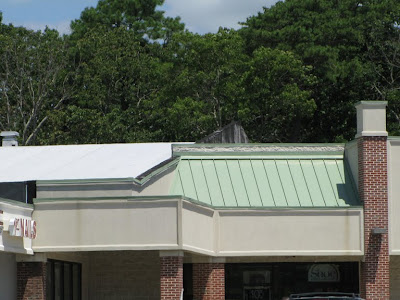 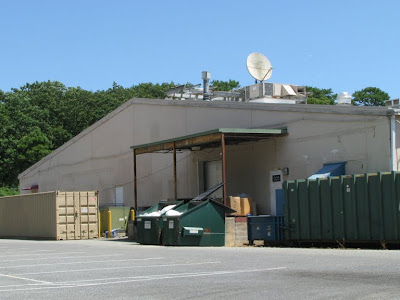 Many of the former Acme's features in the back have been removed over the years. 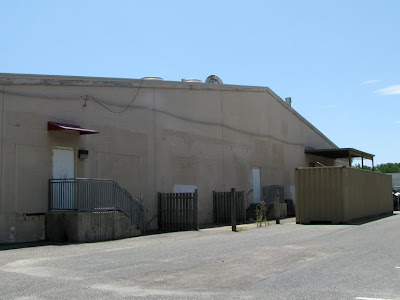 Looks as though the back has been reconfigured a couple of times now. Missing too is the section that normally sticks out of the top of the pitched section. These sections usually remain when stores are converted for other uses. 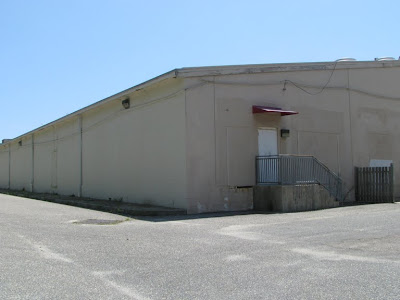 Back in 1995 the Acme appears to still be in the pitched-roof building. Perhaps the larger store is a Kmart. I would guess maybe a Jamesway but the chain was gone by 1995.

UPDATE 8.26.10: Jamesway was officially out of business by December 1995. According to a comment from Bill, this building was a Jamesway and Acme opened in the location on June of 1996.

Interesting to see a trees in 1970 with a pitched-roof still on it's way. That store model had been retired by the 70's. Maybe the shopping center had been planned by this point but not yet constructed. 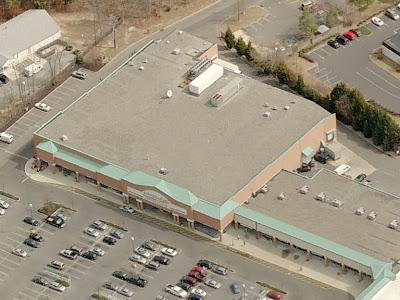 Super Fresh right across the street. Much smaller than the Acme. 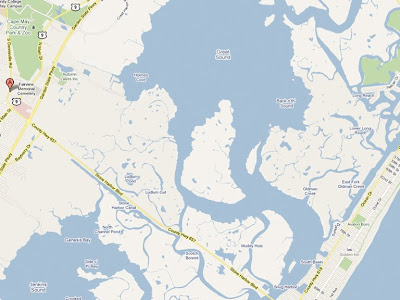 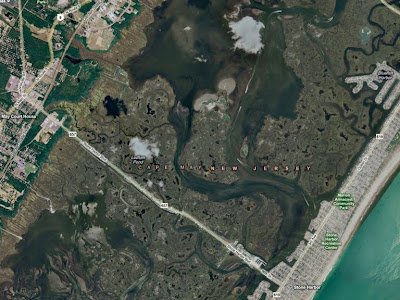