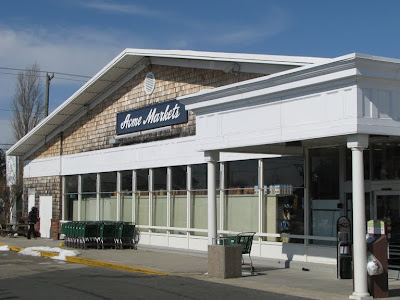 
New Jersey's southernmost Acme Market also happens to be a mostly intact pitched-roof store. The building has not been added on to. Unfortunately the front windows have been covered over with a new facade and the mod-Acme logo on the inside has been removed. Both the exterior and interior have been fashioned into a classic look that blend well with the town. The interior is a custom design and as far as I know, is not seen in any other store. The decor does borrow some elements from the "Neighborhood Market" and "Acme Them Park" packages but the main design elements appear to complete originals.

Interesting to note the entrance and exit are on the right side of the building with Produce receiving on the left. Very usual for a pitched-roof store. Unusual for any Acme of the 50's and 60's regardless of building model. 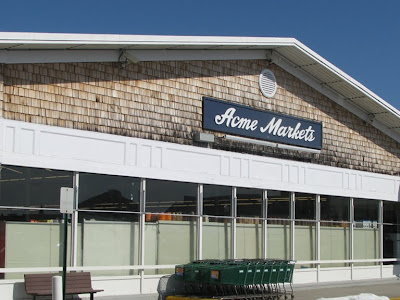 The pitched-roof model came in two models... small and large. The buildings varied widely in length depending on the size of the lot but when it came to the width there were generally only two sizes. There were also several other varieties in the early days of Acme's pitched-roof era but they were all retired quickly in favor of the pitched-roof style we know today. The Cape May location is the small model. The first clue is that the awning does not extend across the front of the store. Only the entrance and exit doors have an over-hang. You can see the difference by taking a look at the Clayton store which is the large version and has an awning extending across the front. On the inside... the small models only had 6 to 7 aisles while the large models had 9 aisles. The layouts were virtually the same.

What I am not clear on is why some pitched-roof stores were small and some large. The size was not necessarily dictated by the amount of land available. An example would be the old pitched-roof store in Brown Mills NJ (an upcoming post here at Acme Style). That store was the small version but the shopping center could have easily fit the large model. The small model was most likely chosen here in Cape May due to the limited space.

The impression that I have is that Acme started out with the large version and may have downsized it as they began building them a break neck pace. Perhaps it was done to reduce the cost of building these stores. Back in those days, size didn't matter as much. Acme was also operating under the belief that the store itself didn't matter much. It was the name on the front that drew shoppers in.

UPDATE 7.12.10: A commenter has pointed out that there were about 3 different sizes of pitched-roof/A-frame stores. Small, Medium and Large. After digging through my archives I found that I completely agree. Rather than re-writing this post, I will be addressing this subject in a future post once we're back from the shore. The more I look through old pictures the more it seems clear that these stores shrunk in size as Acme built more and more of them. Cape May is officially the "medium" sized model. 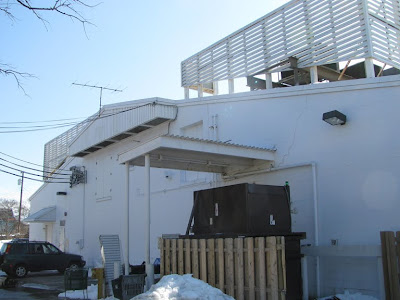 The rear of a still-open pitched-roof Acme! Can you believe it? This blog is littered with pictures of dumpy old backs of stores that have long been closed. 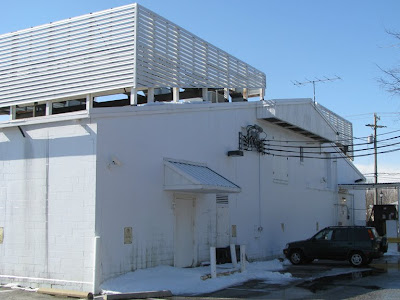 Nice to see the TLC the store has received. 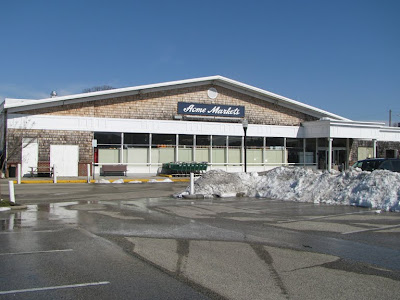 The snow looks kinda refreshing after the summer we've been having. The Cape May Acme is one of only three stores to have the retro logo. The other two are Haddonfield, NJ and St. Michaels, Maryland.

Let's take a look inside at the custom decor... 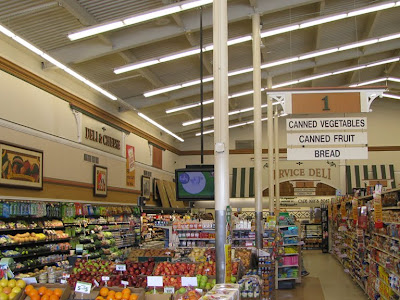 This is a great looking store! Only 6 aisles. Probably had 7 back in the day before they created the wide Produce aisle. 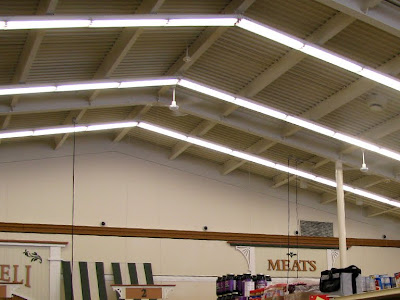 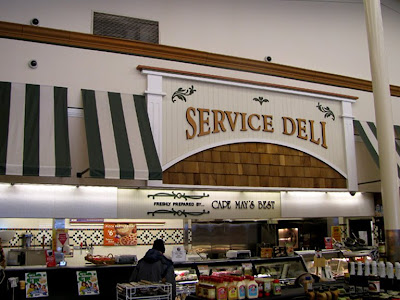 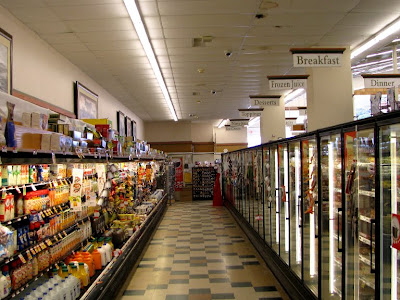 The tile pattern on the floor is used in the Frozen department in the Acme Theme Park stores. 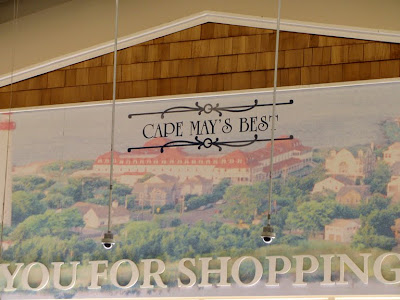 The mural looks nice but it's certainly no mod-Acme logo. Hope those tiles didn't wind up in a dump somewhere. 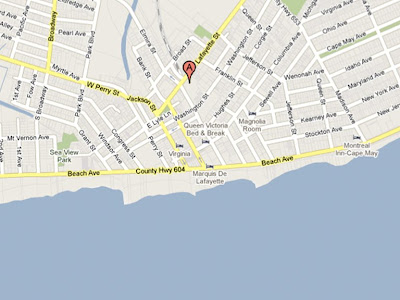 Just a few blocks in from the water... 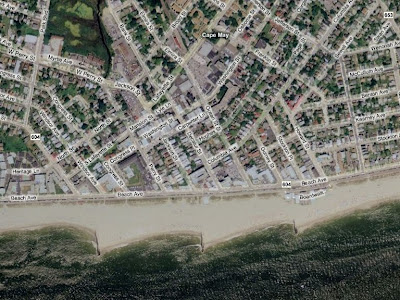 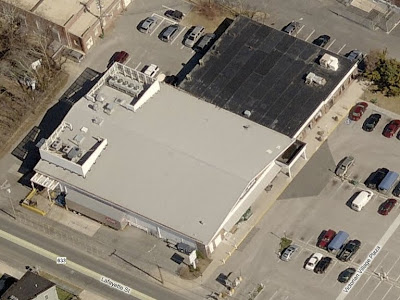 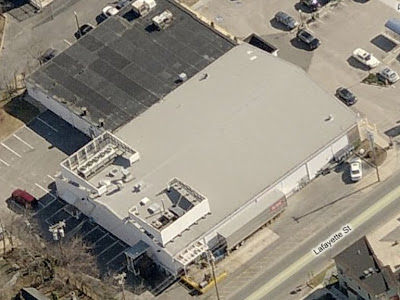 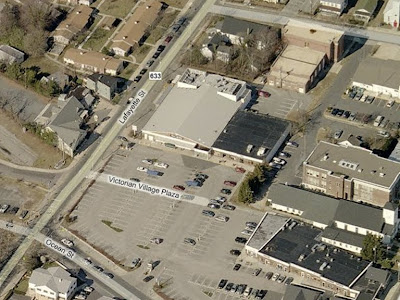 Located at 972 Lafayette Ave, Cape May NJ. It's tough find the street number online when searching for the Acme.
Posted by Acme Style