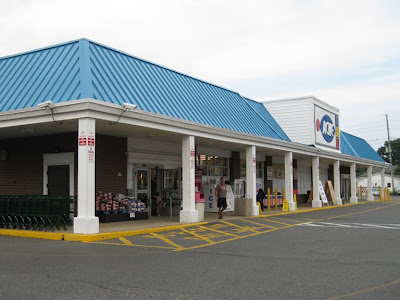 That's right... you will not find a more classic Acme still open for business anywhere in the world than right here in Manasquan New Jersey. Let's review some of the classic elements...
This Acme has been covered in a previous post which you can view by clicking here. We will be revisiting this store as part of the Jersey Shore Tour... 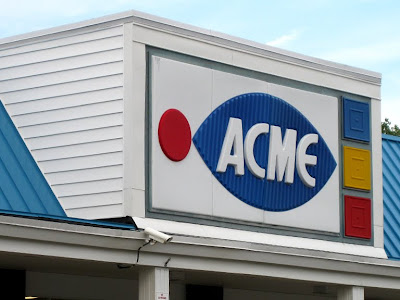 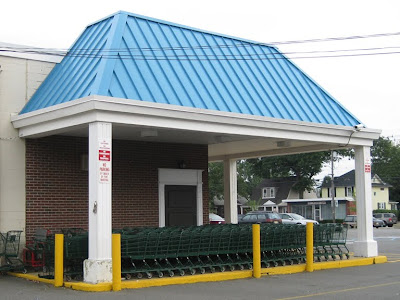 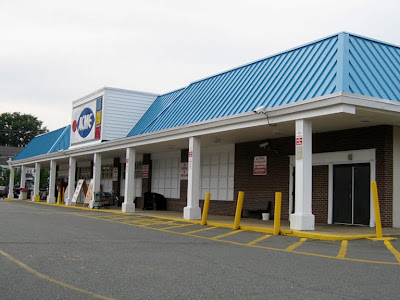 Produce receiving doors here on the right. Front windows have been covered over like in so many old Acmes to allow for shelving on the inside. 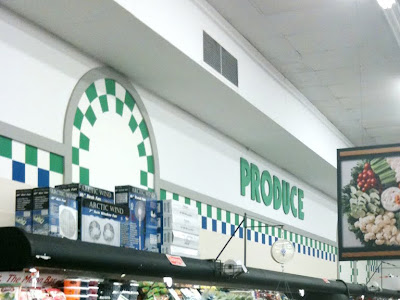 The Checkerboard Arch decor... an Acme Style favorite. Very few interior shots were posted the original Manasquan post so I will be making up for that in this post. Plus, I have a much better camera on my cell phone these days. Notice the signature Acme vents along the top. Produce and Dairy cases appear to be quite new. Meat and Frozen cases appear to be from the 80's remodel and were probably brought in from another store that closed. This store was not remodeled in the 80's. 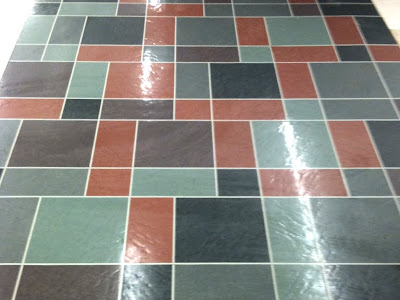 The Colonial Decor "Deluxe" floor. Quite a site. Still looks great in this store. This was one of Acme most signature deign features in their stores during the 70's and early 80's. 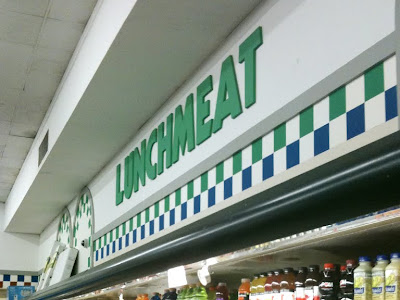 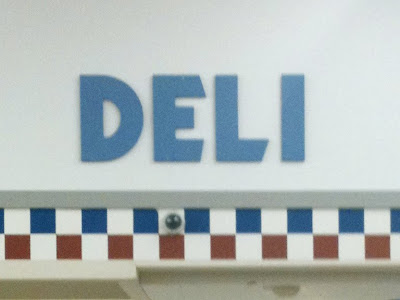 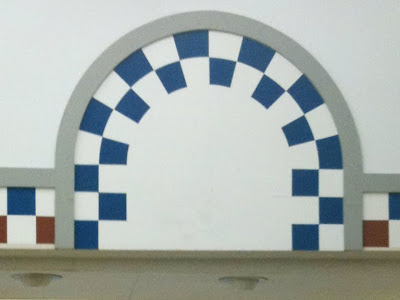 The original Deli lights there in the drop ceiling. 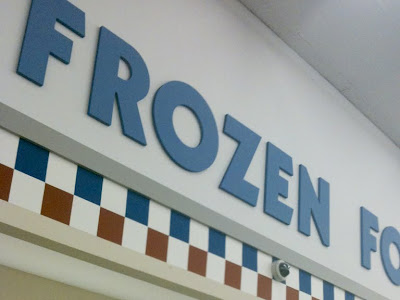 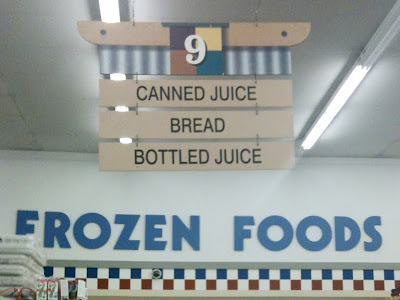 Would you look at this. Aisle markers from the Industrial Circus decor package have been brought in probably from a closed store. The last time I was here the aisle markers matched the decor. Not anymore. Kinda baffles me. Now the aisle markers hold less categories and clearly don't match the decor of the store. Newer isn't always better. 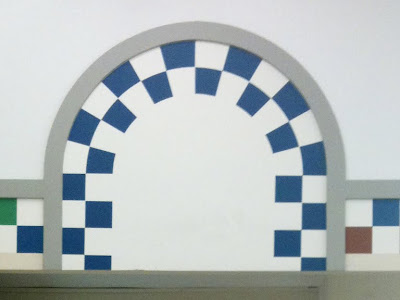 Although this look is a little dated now, it was the perfect fit for Acme when it was rolled out in the early 90's. The deluxe version had many nice touches and the overall look was one of the best fits to Acme's personality that the chain ever had... in my opinion anyway. 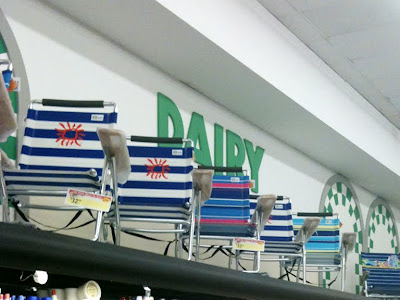 This Jersey Shore store is loaded with beach chairs. And with this decor, Acme raised the department names to the roof line so they could still be seen with tons of general merchandise stacked on the cases. 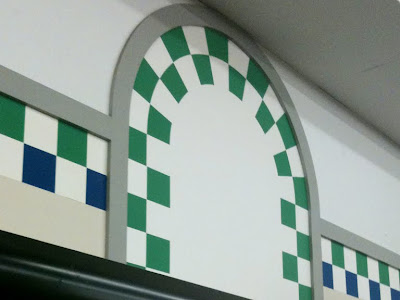 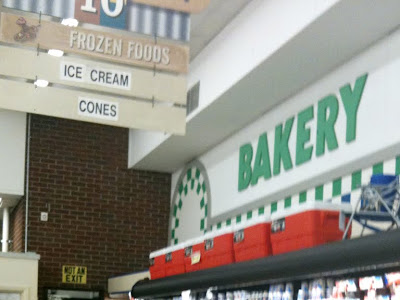 "Bakery" is now all Dairy. Bread is over in aisle 8. 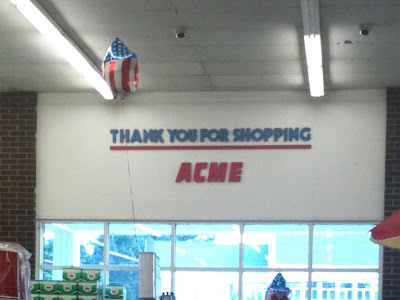 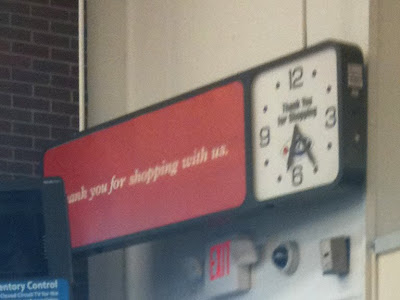 The old fish-eye Acme clock. Every store had one. Ads were placed in the red section but I'm sure whatever company took care of that is long gone these days. 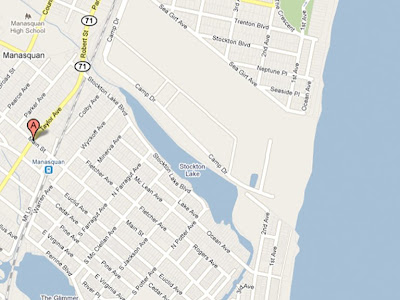 This Jersey Shore store is not quite within walking distance to the beach. May not be alot busier in the summer than the winter. Manasquan is more of a regular town than a summer resort town. I was surprised at how many other grocercy stores I passed driving through a few towns North of Manasqaun... Foodtown, ShopRite, Super Foodtown, A&P. 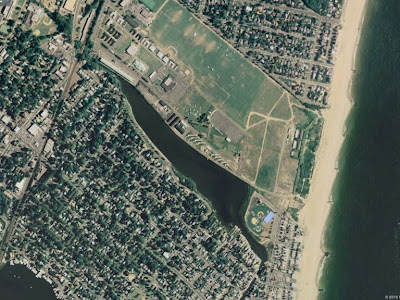 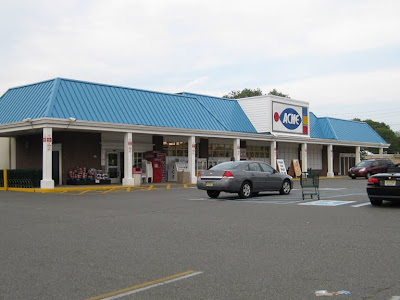 You are now leaving...