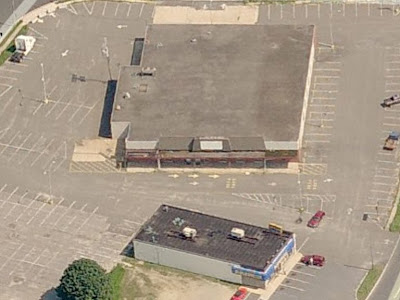 Thanks to some outdated aerial photos, we can see what the Point Pleasant Acme used to look like. The building has been since converted into a Walgreens. I grabbed these pictures off the web a while ago in case the aerial photographs were updated.

Great place for a Blockbuster! Actually the Blockbuster building was there long before the Acme was built. Judging from very old aerial shots, which we will take a look at down below, it appears the front of the store originally faced Richmond Ave. Hmmmm...

The only bit of history I know about this store is that it closed in September 2003. Crazy busy in the summer and dead all winter. I have seen pictures of the store in it's final years but do not have permission to post them at this time. Hopefully someday. I can tell you that the exterior signage was very unique. The front sign was a white panel with red 3D letters mounted to it. But here's the thing... they were not the new block logo letters... they were the letters from the red oval & fish-eye logo signs! Read about more unusual signage below... 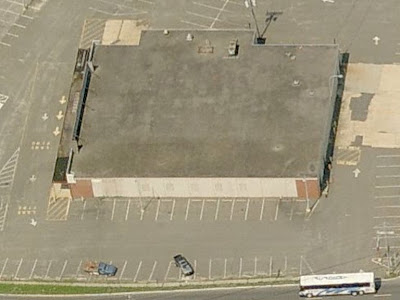 So here's the side that faces Richmond Ave. The front of the store is to the left. More odd signage here... the old fish-eye logo sign with the colored blocks was still mounted to the corner of the store. The white section you see there coming around the corner extended further. The fish-eye sign was mounted to it and it appears the whole thing was just ripped off the building.

In addition to that sign... there were white panels mounted along the side of the store. If you look closely you can see the scars. I'm assuming they spelled out Acme. I count 5 scars here and am not sure what the 5th one could have been.... perhaps "Markets". Hopefully someone out there remembers. 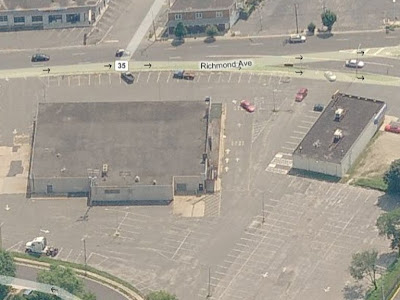 Very strange section sticking out of the side here. This section makes more sense if this side was the original back of the store. 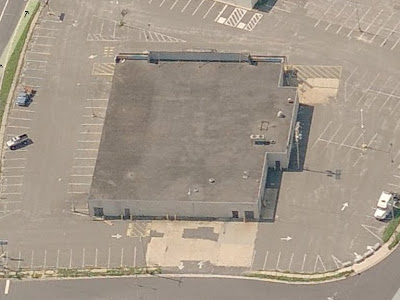 Notice how the roof on the left side of the store is darker than the rest? Our aerial shot below will suggest that there may have been an addition put on the store sometime between 1963 and 1972. Perhaps this store didn't start out as an Acme. 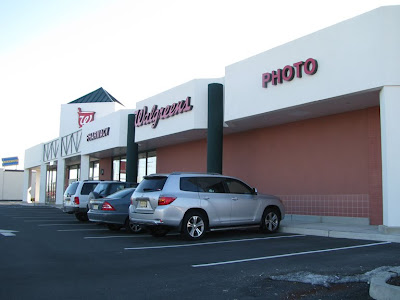 Walgreens moved in years after the Acme left. The side of the building facing Richmond Ave is now the now the front of Walgreens. 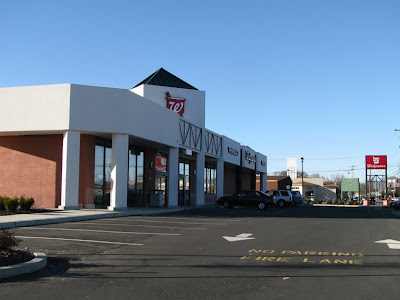 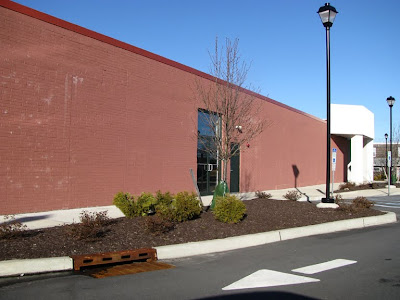 The front of the former Acme. 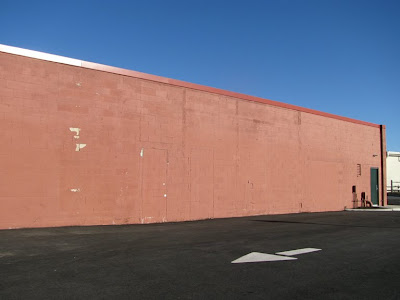 Can't quite figure out what happened here. It appears that Walgreens tore down part of the section that was sticking out of the side of the Acme. You can still see some outlines of old Acme doors. 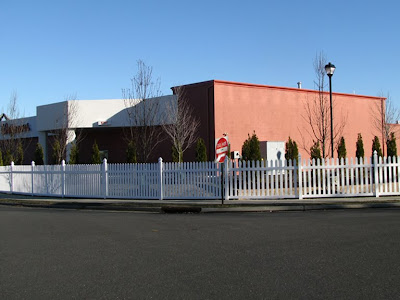 Almost looks like Walgreens took that section sticking out of the Acme and moved it down to the corner of the building. 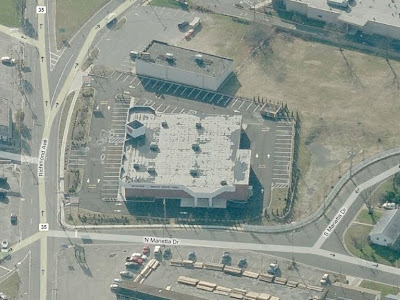 The one available aerial shot of the Walgreens. Much of the parking lot has been returned to nature.

Check out this 1963 aerial shot! (Click on it to see it larger) The building was smaller when it first started out... there's more parking lot space between the street and the building. It's also pretty clear in this image that the front of the store faced Richmond Ave. But was it an Acme then?

The 1972 view shows a completely reconfigured and expanded building. 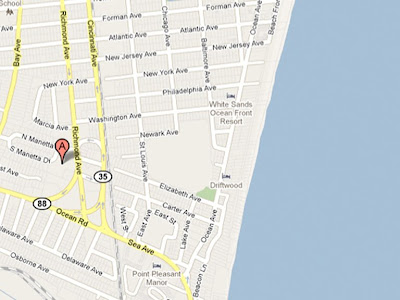 About 5 blocks in from the Atlantic Ocean. 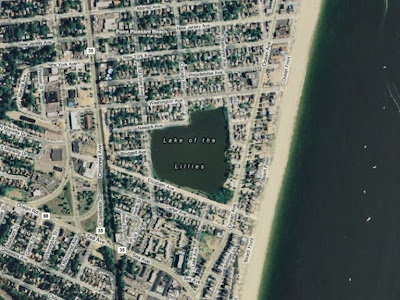